As this traditional sundry shop in Penang turns 185, it launches website to reach out to customers all over Malaysia

The traditional sundry shop was first established by Woo Fook Yin back in 1836. — Picture by Steven Ooi KE
Follow us on Instagram, subscribe to our Telegram channel and browser alerts for the latest news you need to know.
By OPALYN MOK

GEORGE TOWN, April 25 — Once you enter this old school sundry shop on Campbell Street here, you will get the feeling that time has stood still — even if you are too young to remember going shopping at such sundry shops with your mother.

It’s not brightly lit like your typical supermarket for one. Packets of dried foodstuff and preserved meats hang above the counter, other food items are in large glass jars, while canned goods line the shelves against the walls.

Kwong Tuck Sundries and Liquors was first established in 1836 and has long been one of the favoured sundry shops by many ethnic Chinese families in Penang. 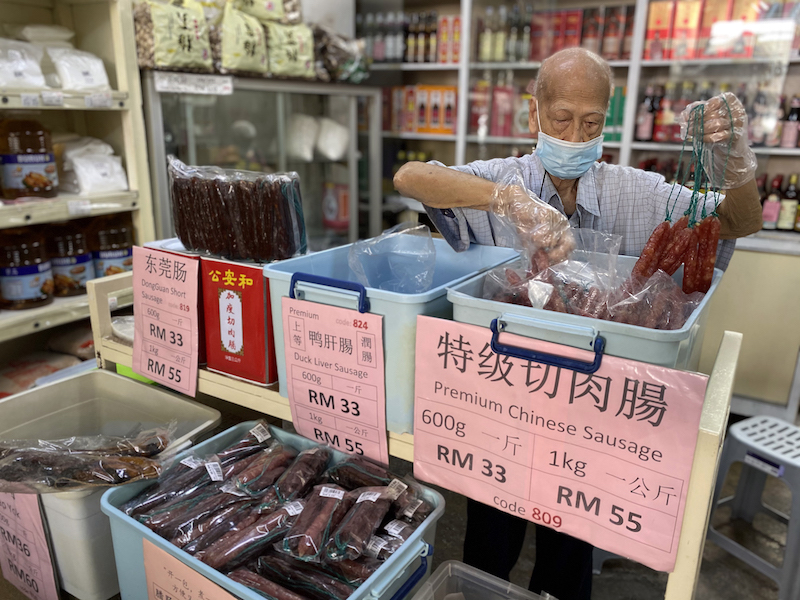 With its original carved wooden signboard fronting the shop, Kwong Tuck sells mostly dried and canned foodstuff and is especially known for its dried seafood and preserved meats.

The only signs of modernisation are the Point of Sales system on the glass topped counter, and the stacks of plastic containers and small plastic packets used to neatly pack most of the dried foodstuff.

Kwong Tuck was started by Woo Fook Yin; like many enterprising young men of his day, he left China for then-Malaya with the hopes of earning a better living here.

Initially, the shop brought in liquors, dried seafood and other sundry items from China and later on, Hong Kong.

The shop sold large urns of liquor at the time and according to Woo’s great-grandson, Woo Shee Khow, they used to have connections to suppliers in China, Hong Kong and even Thailand.

“Some of them have died, some closed over the years, I am the only one still alive,” said a jovial Shee Khow who turns 90 this year. Woo Shee Khow is the fourth generation to take over the sundry shop. — Picture by KE Ooi

Shee Khow is the fourth generation to take over the sundry shop and he has already made preparations to hand over the business to his children.

“So, if I were to suddenly drop dead, there are people who will take over this business and continue on my great-grandfather’s legacy,” he said in his mother tongue, Cantonese.

He said the Covid-19 pandemic did not impact his business much and this year, business has been very good especially with the launch of their new website. 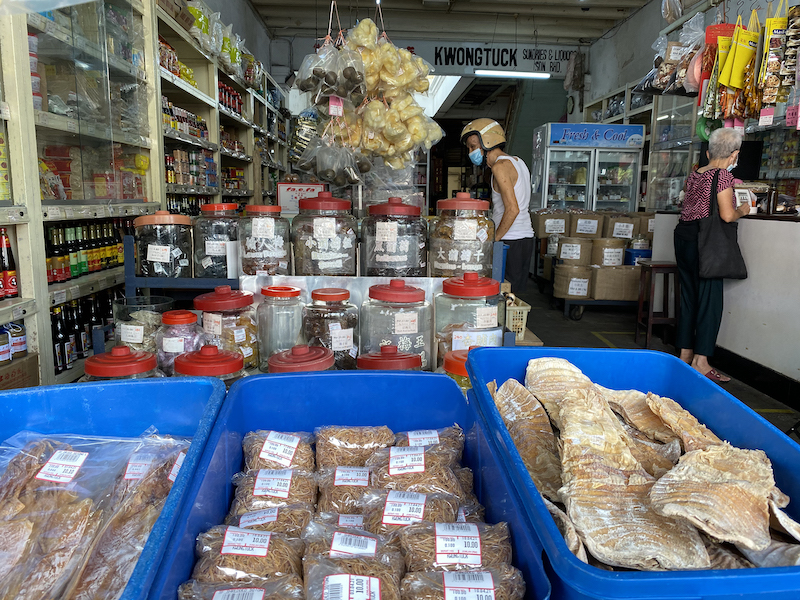 Kwong Tuck sundries and liquors has long been one of the favoured sundry shops by many ethnic Chinese families in Penang. — Picture by Steven Ooi KE

Yes, this old school sundry shop launched its website — kwongtuck.com — this year to allow customers from all over Malaysia to order directly from them.

“This is to make it more convenient for our customers so if the orders are in Penang, we will deliver it personally and if it’s outstation, we will send it through a courier service,” he said.

The shop has received orders from as far as Johor and delivered items to various states using a courier service.

He said the movement control order (MCO) meant that more people stayed home and cooked their own meals so this meant they had more business as there were more people buying sundries from his shop.

“We bring in a lot of preserved and waxed meat for Chinese New Year and this year, due to the MCO, we received a lot of orders as more people are cooking at home,” he said. Over the years, Kwong Tuck has shifted its focus from liquors to selling mostly dried seafood, canned food, preserved meat and other dried foodstuffs such as mushrooms, beans and nuts.

It even has one of the top Chinese delicacies, dried fish maw, that sells at RM2,500 per kilogram. Shee Khow is very grateful and happy about the recognition afforded to his shop but said the honour should go to his predecessors who carried on with the family business.

“This is all thanks to the legacy left by my great-grandfather, my grandfather Woo Kwong Sam, my father Woo Seng Yuen and my brother Woo Saik Khow,” he said. 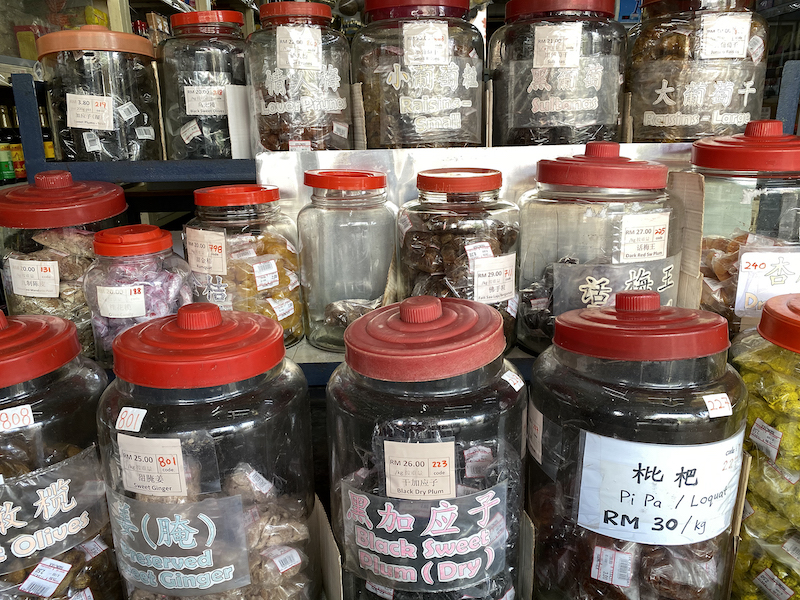 “Without them and our loyal customers, we would not be what we are today so I would say this award belongs as much to them and our customers as us,” he added.

Kwong Tuck is open from 8am to 3pm every day except Sundays. Orders of course can be made online at kwongtuck.com or through WhatsApp at 011-35695258. 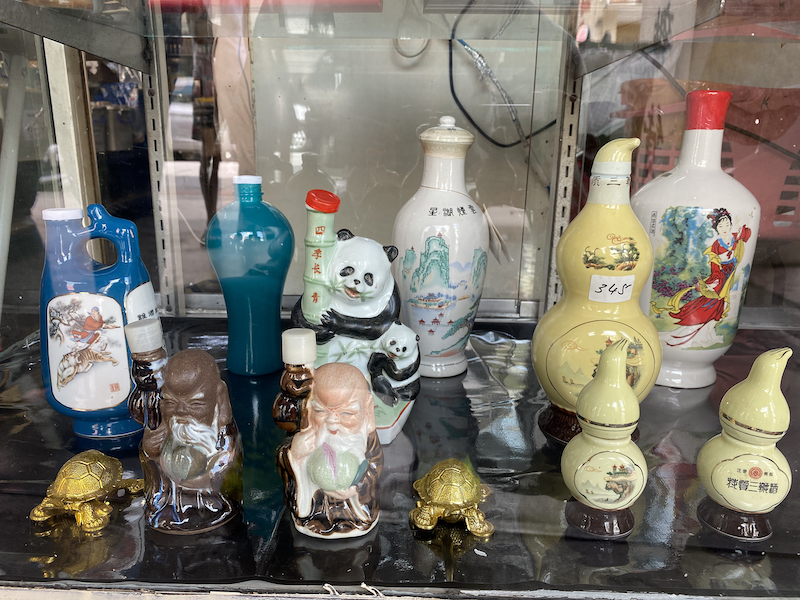 A display of old liquor bottles that were sold during the early days. — Picture by KE Ooi