KUALA LUMPUR, April 13 — A study conducted by a local university research centre shows that the public may be slowly gaining confidence in the government’s ability to handle the Covid-19 pandemic.

The UCSI Poll Research Centre conducted four surveys, between January 18 and April 5, asking respondents to rate their level of confidence regarding the issue, from a score of one (not confident at all) to 10 (extremely confident).

The latest survey, conducted from March 31 to April 5, yielded an average score of 6.50. 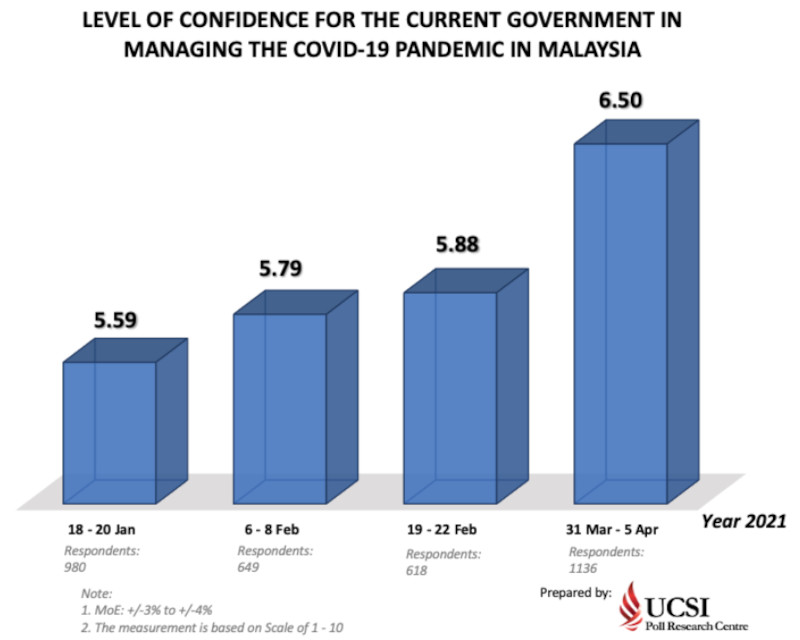 In the same set of surveys, the respondents were also questioned on their “levels of confidence in the Covid-19 vaccine”, showing a similar rise in public opinion. 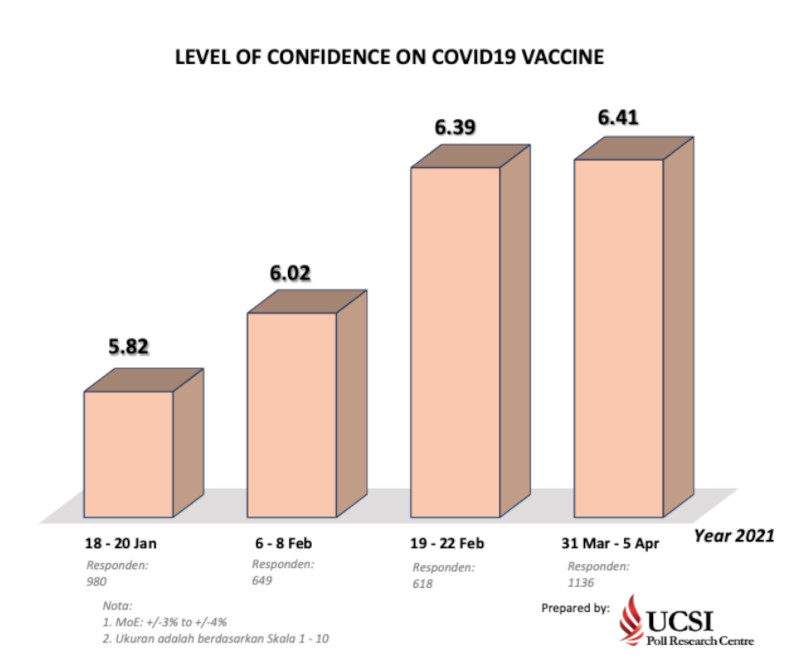 “More people are excited to be vaccinated as the risk level is proven low by international and local success stories.

“As health issues take higher priorities in the public’s hearts, the government is expected to do more for the people and nation, in line with the Shared Prosperity Vision 2030,” he added.

The first three recorded cases of the novel coronavirus in Malaysia was found on January 25, 2020. Since then, the swift spread of the virus has caused the government to respond with several movement control orders, and a declaration of Emergency in an attempt to contain the issue.

The government is now placing hope on the National Covid-19 Immunisation Programme, which began on February 24, to inoculate at least 80 per cent of the population and bring an end to the pandemic.