Lily’s Homemade started from a desire to make kid-friendly sausages that were free from fillers. — Pictures courtesy of Lily’s Homemade
Follow us on Instagram, subscribe to our Telegram channel and browser alerts for the latest news you need to know.
By KENNY MAH

PUCHONG, April 11 — The spread is akin to a meat lover’s smorgasbord: Pancetta and gammon steak. Burger patties and sandwich slices. Tubs of rillettes, coarser than a pâté but just as delectable. A whole roasted ham.

And more sausages than you’d imagine could have existed: sausages seasoned with parmesan and parsley, sausages spiced with pepper and garlic, chipolata and chorizo, bratwurst and bangers.

There are even scrumptious sausage rolls with handmade French butter puff pastry that no child could resist (and very few grownups too, at that).

Everything is made in smaller batches courtesy of Lily’s Homemade, a local sausage and cured meats business that has been around since 2015. Based in Puchong, it is an artisanal endeavour that grew from a desire to make kid-friendly sausages that are free from fillers. Despite the name, Lily’s Homemade is in fact run by Vicky Hammett. The 35-year-old former auditor first entered the world of food and beverage (F&B) when her husband Sam started a restaurant after being retrenched.

She explains, “We named the restaurant Lily’s after our daughter. The plan was wood fired pizzas, pastas and burgers. After work, I’d help out at the restaurant as it got busy at dinner time.”

Soon the couple were overwhelmed by the realities of running a restaurant. Vicky says, “We wanted to give the people of Puchong the best possible pizza but from Day One we underestimated one thing — staffing. We were doing 14-hour days, six days a week.”

This isn’t an uncommon story for first-time F&B entrepreneurs who take a leap of faith without prior industry experience. Trial by fire, as it were: some get burned, others emerge stronger and wiser.

Something had to change. Vicky recalls, “There was no time for family, no time for Lily. I realised that’s not right. So I left my previous company, gave up my stable job and fixed salary, and now work full time for Lily’s Homemade.”

Given that the couple was motivated to start Lily’s Homemade because of their daughter Lily, they wanted to ensure their products were both kid-friendly and healthy. One place to start was by looking at what was currently in the market.

Vicky explains that they were not happy with the sausages they found on sale.

Vicky explains, “That made us question what was really in all the sausages you can buy. So we listed out what a sausage had to have and not have.”

Their “sausage manifesto” — no MSG, no food colouring, preservatives free, gluten free, antibiotic and hormone free meat, low salt — is still in place today. The Hammetts believe that a simple idea ought to be enforced by simple guidelines. Lightly flavoured with oregano, coriander and fennel, their Classic Italian is a bestseller.

In developing sausage recipes, the couple aims to create only foods that they like to eat. Take their bestseller, the Classic Italian, which is lightly flavoured with oregano, coriander and fennel.

Vicky says, “That was something we tried and worked on for over six months. We were unsure if people would like as much coriander as we put in it. But sometimes it’s the ones that you’re unsure about that become the most popular.”

A flair for experimentation helps; the Hammetts are constantly trying out new ideas and flavours. Vicky says, “Our bacon and cheese sausage was something that a lot of people were confused about. Most of the time you get a sausage and add bacon and cheese separately. But to us it just made sense to put the two together.”

The adventurous cook has plenty of opportunity to test out a wide variety of sausages: from their Royal British Banger, a breakfast sausage that goes well with mash and gravy, to the fresh Spanish chorizo which gets its aroma from white wine and a bit of heat from paprika and chilli.

Another highlight of Lily’s Homemade’s sausages is the textural contrasts: the German bratwurst, for instance, would be a smoother sausage compared to the classic Italian which is chunkier. According to Vicky, mass produced sausages are emulsified: “They add seasoning that they buy off the shelf (that includes all the herbs, MSG, colouring and preservatives in one bag), add the meat, blend it together and stuff into plastic casings. Cook the sausage, cool the sausage, take off the plastic and put it into the bag.”

This process could explain why mass produced sausages can last for months while preservative-free sausages from Lily’s Homemade stay fresh for about four days.

They say do what you love; be your own first customer. That principle certainly applies to the Hammetts. Vicky shares, “Sam loves food. Pizza is his first love and a lot of pizzas need bacon or cured meats to make them amazing. This was one reason why he keeps going with the sausages.”

Passion alone isn’t enough, however. The early days were a bit of a trial as the couple delved into recipe books and did research on YouTube. 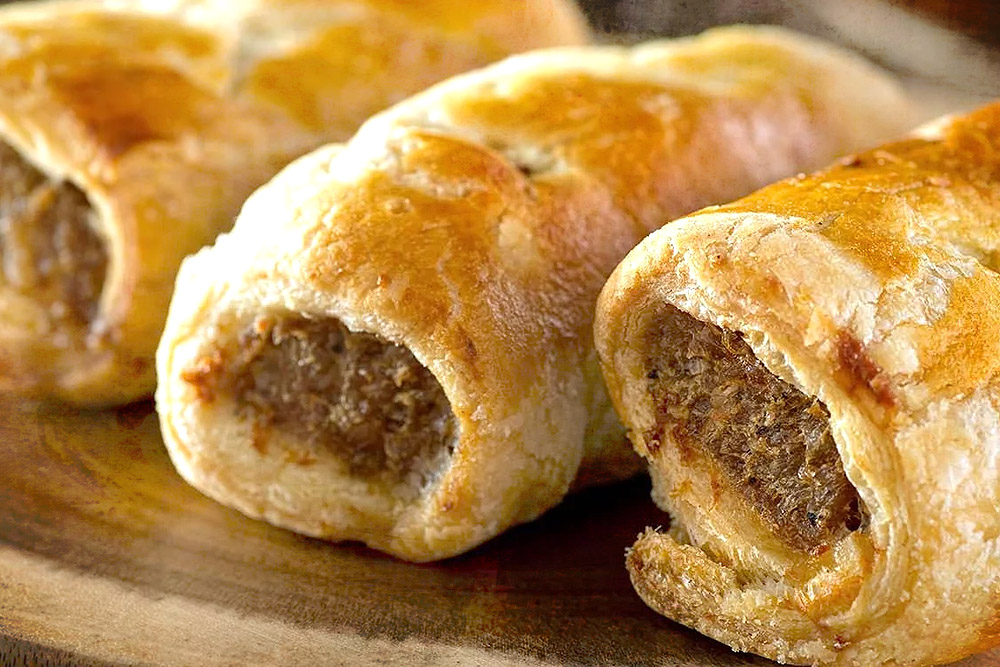 Vicky recalls, “When we first began, a big order was 30 kilograms. And I can’t tell you how much we got wrong and had to remake. Our packing was terrible and we had things go bad. There were a lot of things we didn’t know at that time.”

Most folks would give up after such a challenging start. But those who persevere... end up making great sausages, apparently. It’s with well earned pride that Vicky observes, “Now 30 kilograms is done in 30 minutes. Once you know how to make them, sausages are a lot easier to make than salamis and hams.”

All that hard work has instilled a clear sense of pride in what they do. Vicky says, “Lily’s Homemade may be small but we were the first sausage maker that produces gluten-free, keto- and kid-friendly sausages in Malaysia. And we were the first to sell homemade pork sausages.”

First mover advantage into a market isn’t always a guarantee of long term success, however; other players are always coming and going depending on how attractive any particular area of F&B is viewed or trending at any one point. The fresh chorizo gets its aroma from white wine and a bit of heat from paprika and chilli.

The Hammetts are in it for the long haul though. Tribulations such as the various iterations of the movement control order (MCO) are simply another challenge to overcome — and perhaps a chance to improve.

Vicky shares, “Were we prepared for MCO 2.0? We were worried what would happen if our sausage casings could not arrive. If our meat suppliers were not able to keep up or sold out. There were a couple of sleepless nights over that time.”

To mitigate such hiccoughs in their operations, the couple has re-prioritised customer care and maintaining the consistency of their products.

“It is the most important thing we can do as a small company,” Vicky says. “Customers let us know what’s good and not so good. Eighty per cent of our business is from returning customers so that says a lot about what we do.”

There are future plans for expansion — from moving to a bigger place to keep up with demand as well as developing new items — but in the end what the Hammetts are focused on is making better quality sausages and becoming a household name.

Or as Vicky puts it: “When you think sausages, you think Lily’s.”