A healthcare worker administers a dose of the Pfizer-BioNTech Covid-19 vaccine to a frontliner at the UiTM Private Specialist Centre in Sungai Buloh March 2, 2021. ― Picture by Hari Anggara
Follow us on Instagram, subscribe to our Telegram channel and browser alerts for the latest news you need to know.

IPOH, April 4 — A police personnel who is the subject of fake news over his ‘death’ due to vaccine complications, did not complain of any symptoms after receiving the first and second doses of the ‘Corminaty’ vaccine, says Perak health director Datuk Dr Ding Lay Ming.

She said that the Gerik police station personnel, who is in his 50s, received his first dose on March 13 and the second dose at 9am yesterday.

“After receiving the first shot, the patient did not complain of any symptoms, similarly, after receiving the second dose, there were no symptoms after 30 minutes of observation,” she said in a statement here today.

According to Dr Ding, the personnel who has a history of high blood pressure and diabetes, only complained of some pain yesterday afternoon, and received early treatment at the Gerik Hospital before being transferred to the Taiping Hospital heart treatment unit.

She added that the patient was currently in stable condition.

“The public is urged to not viral any unconfirmed news that can create confusion and concern among the public,” said.

Earlier, Perak police chief Datuk Mior Faridalathrash Wahid denied viral allegations that the police personnel had died after being being admitted to the Gerik Hospital’s emergency unit due to complications after taking the second shot of the vaccine. 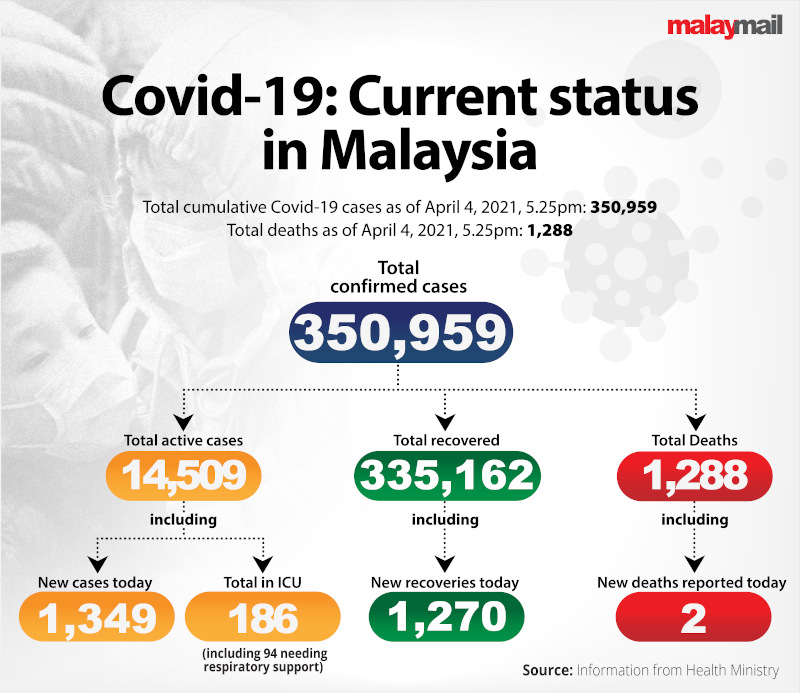