Of the 577 individuals arrested, 522 were compounded and 55 remanded.

He said from the total, 215 were held for not maintaining physical distancing while other violations included entertainment centre activities (116), failure to wear face masks (113), failure to prepare customer registration tools (71), interstate/interdistrict crossings (53) and others (nine).

He also said in a statement today that 49 illegal immigrants and two smugglers were detained under Ops Benteng yesterday, with four land vehicles seized as well.

Meanwhile, Ismail Sabri said 76,807 individuals had returned home via international gateways from July 24 until yesterday and they have all been placed at 79 hotels and 18 public training institutes nationwide.

“Of the total, 10,923 individuals are undergoing mandatory quarantine, 405 people have been sent to hospitals for treatment and 65,479 returnees have been discharged and allowed to go home,” he said. 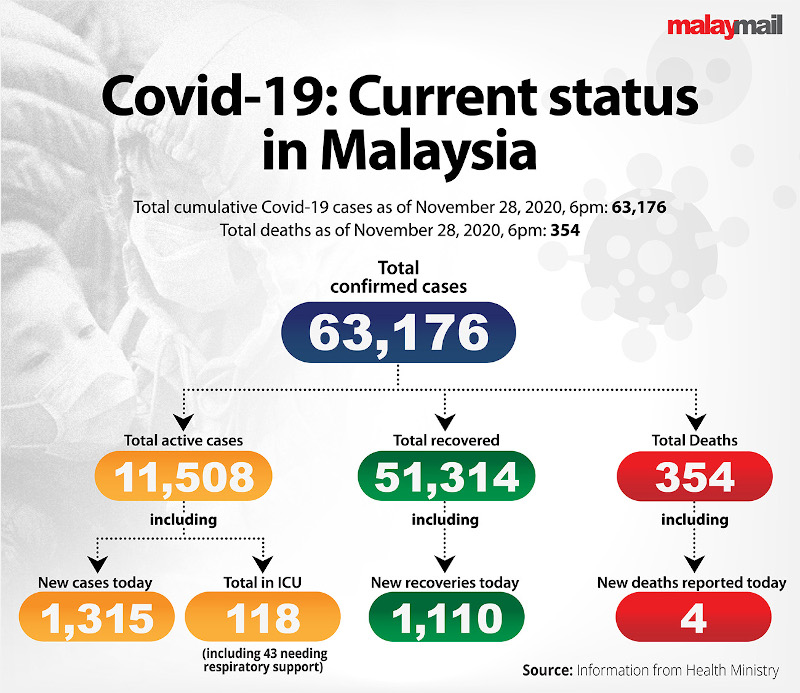