Rohingya who attended tabligh gathering urged to go for screening

A man wears a protective mask as he attends Friday prayers at Sultan Salahuddin Abdul Aziz Shah Mosque in Shah Alam March 13, 2020. Mercy Malaysia today called on the Rohingya ethnic group who were at the Ijtimak Tabligh gathering at the Sri Petaling Mosque from February 28 to March 1, to come forward for Covid-19 screening. — Picture by Yusof Mat Isa
Follow us on Instagram, subscribe to our Telegram channel and browser alerts for the latest news you need to know.

KUALA LUMPUR, March 24 — To contain further spread of Covid-19 in Malaysia, Mercy Malaysia today called on the Rohingya ethnic group who were at the Ijtimak Tabligh gathering at the Sri Petaling Mosque from February 28 to March 1, to come forward for Covid-19 screening.

Its Programme Operations general manager Mohammad Said Alhudzari Ibrahim said it is estimated that about 500 Rohingya had joined the tabligh gathering and some of them have been identified.

He said though some have undergone health screening, others have refused to do so as they feared they would be arrested by the authorities should they report themselves for the testing.

So far, no Covid-19 positive cases have been identified from among this group.

“For those who are afraid  to come for screening, Mercy Malaysia will contact the nearest District Health Office for further action, once we have the information,” he said when contacted by Bernama today.

He said should any of the Rohingya people is found to be Covid-19 positive, Mercy Malaysia would ensure that their family members are quarantined and food aid would be given to them.

“Money raised for the Covid-19 Pandemic Fund launched on March 18, will be used for this purpose,” he added. — Bernama 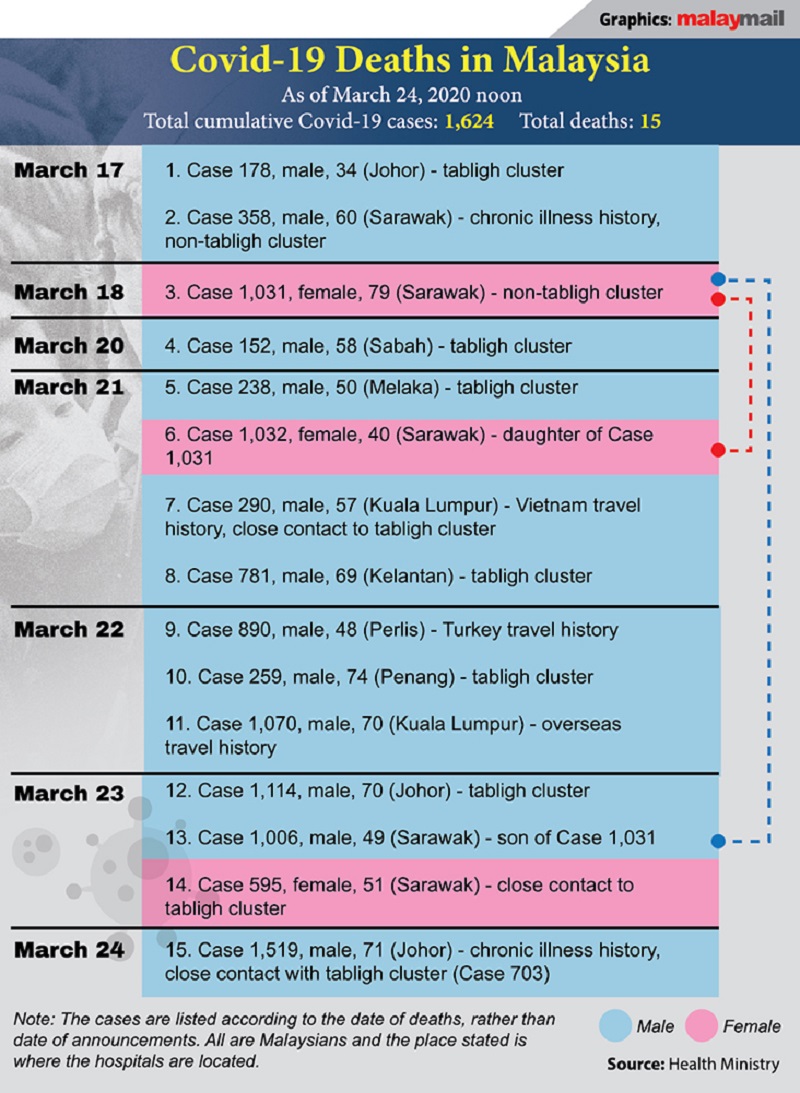