A general view of Suria KLCC in Kuala Lumpur as the movement control order kicks in on March 18, 2020. — Picture by Firdaus Latif
Follow us on Instagram, subscribe to our Telegram channel and browser alerts for the latest news you need to know.
By R. LOHESWAR

KUALA LUMPUR, March 18 — Activity at major malls in the city has been sharply reduced on the first day of Malaysia’s nationwide shutdown for Covid-19, with all retailers other than those providing essential services ordered closed by law.

Suria KLCC has closed all its carpark entrances except for one along Jalan P. Ramlee while all its luxury goods stores have closed, leaving only its lower ground open.

A quick check with KLCC security personnel revealed that only the Isetan store, several pharmacies, access to the KLCC LRT station and convenience stores are open for customers to buy their essentials.

“We only have access to the downstairs area so people can get the essentials. Apart from that, every other floor is inaccessible,” said a security worker who wished to remain anonymous.

“It will be this way until the government says so. We are here to help those who need information and guidance throughout these next two weeks.”

The surrounding areas that are usually packed with tourists and workers were now empty except for a few foreign workers and visitors.

Almost all food outlets within were closed.

Over at the Avenue K mall, the situation was similar and only essential stores are open.

Nearby, Plaza Imbi was shut down completely while access to Berjaya Times Square is difficult as patrons have access to only one lift, which is shared with employees getting to their offices on the higher floors.

Users of the lift must sign in with their IC numbers and contact details before getting access to the mall that is down to just stores providing essential services and items.

At Sungei Wang Plaza, around 50 stores stayed open including supermarkets, pharmacies and restaurants catering for deliveries and takeaways.

The mall’s manager, Joseph Teo, told Malay Mail they have also placed staff at the entrances to the supermarket on both sides of the lower floor and closed off other entrances to control the flow of people.

“Our guys will be there from opening till closing which is from 10am to 10pm with hand sanitisers and an infrared thermometer to check everyone going in and out.

“Besides that we have cordoned off several entrances and narrowed it down to a few so we can control the flow and monitor the people coming in and out,” Joseph told Malay Mail. 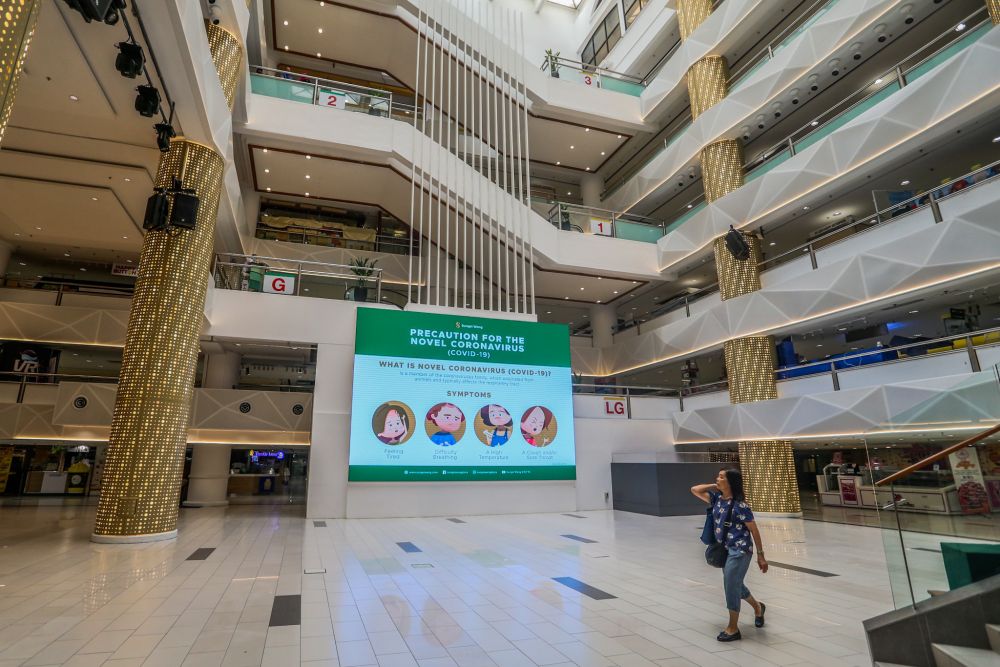 A general view of Sungei Wang Plaza in Kuala Lumpur as the movement control order kicks in on March 18, 2020. — Picture by Firdaus Latif

A worker at the Boost Juice kiosk as Sungei Wang Plaza told Malay Mail business has been slow since March.

“My boss said let’s open for now and see how things go,” said Ain Thaqifah whose been working there for four months.

“I only had one walk-in customer but the Grab Food orders are streaming in. Not a lot but there’s some business. I would say this month business wise we have dropped by 50 per cent. I don’t know how things will go from here on, will just wait and see.”

Outside Sungei Wang Plaza, the usual bustle with tourists and workers has been replaced with an eerie silence. 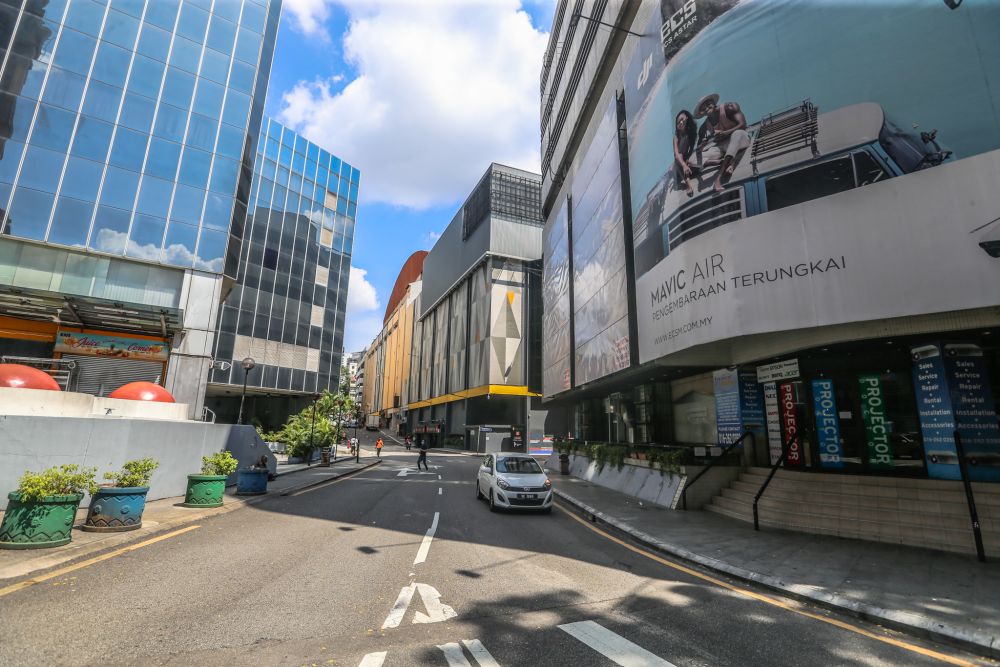 A general view of Plaza Imbi in Kuala Lumpur as the movement control order kicks in on March 18, 2020. — Picture by Firdaus Latif

Only a handful of cars remained on the road and hardly any motorcycles were seen.

Diaa Hussein, the manager at Damascus Kebab opposite Sungei Wang Plaza along Jalan Bukit Bintang, said he has seen a significant drop in business and is not sure how things will be come Ramadan next month.

“So far I feel it’s dropped a little, maybe 30 to 50 per cent,” said Diaa whose been working in Malaysia for two years.

“We open in the morning at 9am and close at 4am every day. I think only this weekend we may see the real pinch as if people and tourists don’t come out, we lose business.

“Next month during Ramadan will be interesting. I wonder what will happen then,” added the Syrian. A general view of the deserted Mid Valley shopping mall in Kuala Lumpur as the movement control order kicks in on March 18, 2020. — Picture by Choo Choy May

Similar scenes of empty malls can also be seen at Mid Valley Megamall where most of the shops are closed.

The government announced a 14-day restricted movement order to stem the spread of Covid-19. Malaysia has 553 confirmed cases of which 511 are still hospitalised while 42 have been discharged.

While initially lax, authorities have since clarified that Malaysians are to stay home and avoid all unnecessary movement.