Rosmah to Najib in MACC audio clips: Darling, you are the PM... take charge, you got goons around you (VIDEO)

Datin Seri Rosmah Mansor arrives at the Kuala Lumpur Court Complex April 23, 2019. — Picture by Hari Anggara
Follow us on Instagram, subscribe to our Telegram channel and browser alerts for the latest news you need to know.

PUTRAJAYA, Jan 8 — In the shocking revelation of audio recordings made possible by the Malaysian Anti-Corruption Commission (MACC) this morning showing conspiracy at the highest level of the Barisan Nasional (BN) government then, Datin Seri Rosmah Mansor was heard directing her husband and former prime minister Datuk Seri Najib Razak on how to take charge and manage the 1MDB scandal that erupted in 2016.

At a special press conference at the MACC headquarters here, MACC chief Latheefa Koya played the 45-minute recording that included conversations between January 5, 2016 and July 29 that same year, around the period when the US Justice Department announced its anti-kleptocracy investigation into 1MDB. Part of the audio excerpt included a phone conversation between Najib and Rosmah that started off with the latter screaming angrily to Najib.

Rosmah: *screaming* Can I advise you something?!

Najib: *sounding frantic* Ya ya, anything?

Rosmah: They tell you to slow down but Abu Kassim is talking, making statements and taking pictures with Pak Lah. Ay! They are making him the hero and you are the villain you see. And all this people can’t they see the priority is you and not anybody else.

Najib: Who are these people?

Najib: No, no, no I allowed Azwan to make a statement because there was a good impact already.

Rosmah: OK fine, why they allowed Abu Kassim to take a picture with Pak Lah. So please darling…

Najib: No, I already signed the letter for Tan Sri Dzulkifli Ahmad (refers to the abrupt appointment of Dzulkifli as the MACC chairman back then),

Rosmah: I don’t like this. Darling, you are the prime minister, you should take charge not the anybody around you okay? And you got goons around you. 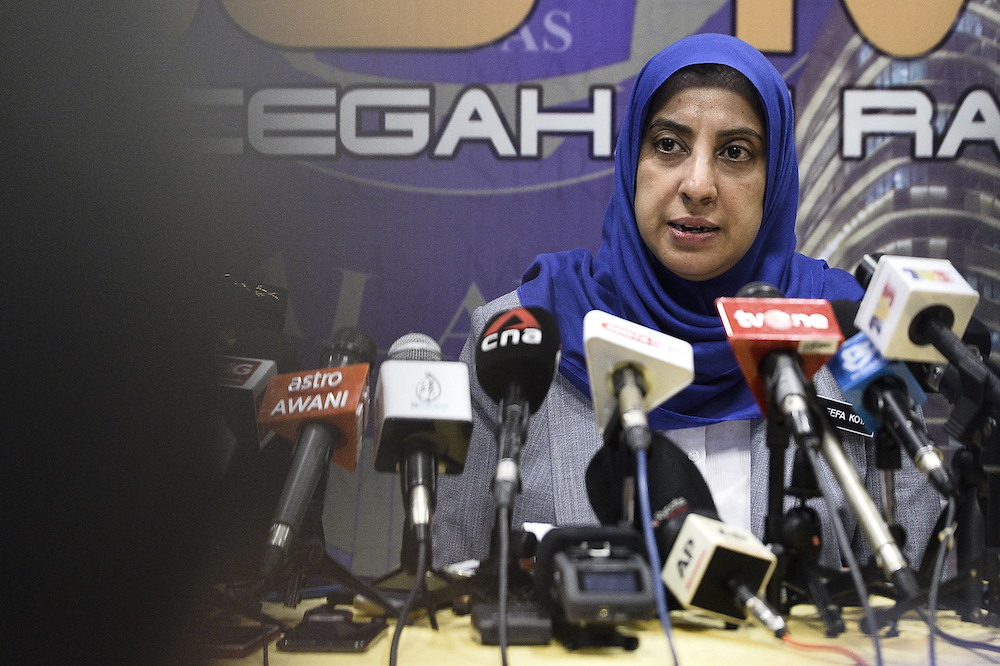 Today, Latheefa said the full recordings will be handed over to the police for further investigations.

Latheefa declined to explain how the MACC obtained the recordings but said her team of forensics experts verified that they were real.

“We have been given the recordings... pursuant to investigations, we can confirm their absolute authenticity.

“The contents are shocking; it’s a cover-up and subversion of justice... In the public interest, we’re making public the contents,” she said of the nine sets of audio clips of about 45-minute duration.