Former Auditor-General Tan Sri Ambrin Buang is seen at the Kuala Lumpur Court Complex, November 27, 2019. ― Picture by Hari Anggara
Follow us on Instagram, subscribe to our Telegram channel and browser alerts for the latest news you need to know.

KUALA LUMPUR, Nov 27 — The National Audit Department's (NAD) Nor Salwani Muhammad did not break any rules by recording a high-level meeting in 2016 that resulted in changes to the federal audit report on 1MDB, her former superior told the High Court today.

Tan Sri Ambrin Buang, who was the auditor-general at the time, said so when speaking about the February 24, 2016 meeting when government and 1MDB officials at the time sought changes to the report he prepared on the state investment firm.

Responding to lead prosecutor Datuk Seri Gopal Sri Ram, Ambrin said Nor Salwani was the coordinator of the NAD's special audit team on 1MDB but was forced out of the meeting venue then.

“As coordinator, her job is to take down notes of the discussion because that meeting discussed very important issues in our report. And as coordinator, it's standard that she has to follow all meetings,” he said.

Last week, Nor Salwani week said she was part of a NAD entourage including Ambrin that entered a meeting chaired by then Chief Secretary to the Government Tan Sri Ali Hamsa, but was immediately asked by Ali's staff to leave the room before the start.

She said she managed to slip in a voice recorder in the pencil case of her colleague Saadatul Nafisah Bashir Ahmad on the table in the meeting room in order to fulfill her task of taking down notes despite being chased out of the meeting room.

Sri Ram asked Ambrin today if it was wrong of Nor Salwani to have done so.

Sri Ram: She was asked to leave, she couldn't attend the meeting, we have evidence she placed a recording device in the pencil case of Puan Nafisah. Would you describe that as a breach of conduct?

Ambrin: You mean breach by Salwani? No. Because to me, if she had been able to attend the meeting, there's no need to record. She would have attended, as any other (meeting for) note-taking. And also it's for internal use. 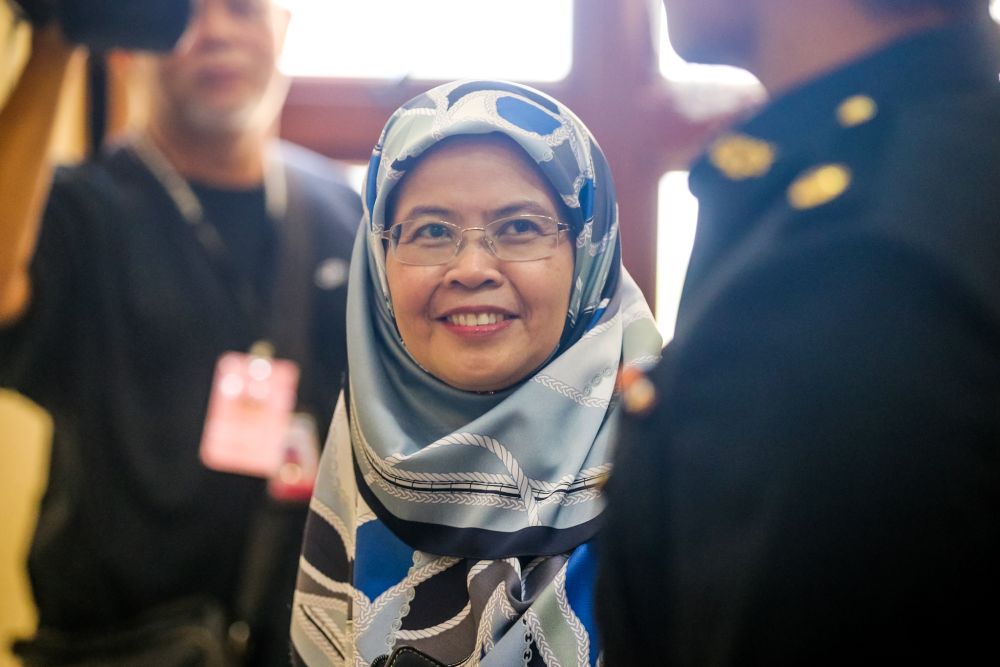 Nor Salwani said last week she retrieved the recording of the meeting and listened to it with other members of the NAD's audit team on 1MDB, who felt shocked with the abnormal requests for changes to the final 1MDB audit report.

Nor Salwani also testified last week that she kept the audio clip recording in a pendrive. The audio clip lasting around two hours and 40 minutes was played last week to Ali in court and is currently also being played to Ambrin in court today.

Ali last week testified that no minutes were taken during the February 24, 2016 meeting, which he said was called due on Najib’s instructions to allegedly remove parts he was dissatisfied with.

It eventually resulted in four main changes to the 1MDB audit report before it was finalised and presented to Parliament’s Public Accounts Committee (PAC), including the existence of two different 1MDB financial statements for the same financial year and removal of mention of Najib’s failure to inform Cabinet about updates on a RM5 billion fund-raising exercise.