Johor Tourism, Women, Family and Community Development Committee chairman Liow Cai Tung said the closure of the Hello Kitty Town theme park will have little impact on Visit Johor Year 2020. — Picture by Ben Tan
Follow us on Instagram, subscribe to our Telegram channel and browser alerts for the latest news you need to know.
By BEN TAN

JOHOR BARU, Oct 2 — The Johor government is confident that its 2020 state tourism campaign will not be affected by the closure of Sanrio’s Hello Kitty Town theme park in Puteri Harbour at the end of the year.

State Tourism, Women, Family and Community Development Committee chairman Liow Cai Tung said the closure of the theme park will have little impact on the Visit Johor Year 2020 that will go into full swing starting January 2020.

“I believe it will only have a small impact on the Visit Johor Year 2020 campaign and will not affect overall tourist arrivals to the state.

“The state government does not depend on one particular type of tourism product alone,” she told Malay Mail today in response to news reports that tourism arrivals may drop without the Sanrio theme park.

Liow said that the southern state has other new destinations such as the recently launched Desaru Coast that also offers a range of tourism products such as water theme parks, hotels and international golf courses.

She said that the decision was made by a private company and the state government respects its decision.

“I understand that the theme park is closing due to a lack of response over the last few years,” added Liow, who is also the Johor Jaya assemblyman.

Yesterday, it was reported that the Hello Kitty theme park in south Johor’s Puteri Harbour is slated to cease operations by year-end due to a lack of visitors.

The Puteri Harbour building, which houses the Hello Kitty Town theme park, also houses a number of other attractions, including a Thomas Town indoor park, that is slated to close at the same time as well.

The RM110 million Hello Kitty Town theme park, the first in Malaysia, was opened in 2012. It has suffered a decline in ticket sales over the years as the number of visitors did not meet the expected targets. 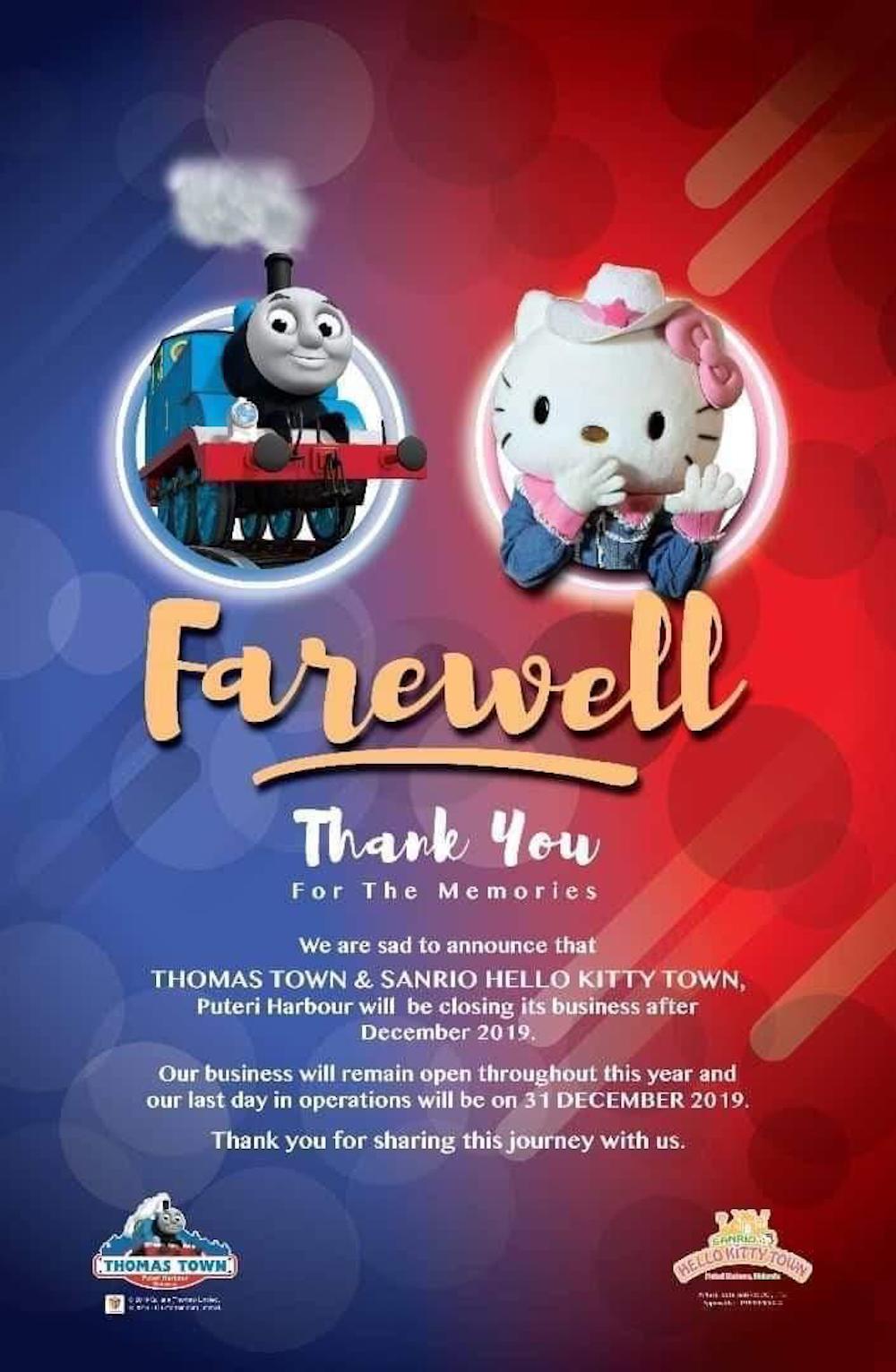 An online announcement informing customers of the planned closure of the Thomas Town and Hello Kitty Town theme parks on December 31. — Picture via social media