oBike plans to pedal on despite cases of vandalism

Several vandalised oBikes have been found at Flat Desa Rejang, Kuala Lumpur. oBikes is Malaysia’s first global dockless bicycle sharing service. — Picture by Ham Abu Bakar
Follow us on Instagram, subscribe to our Telegram channel and browser alerts for the latest news you need to know.
By A. RUBAN

KUALA LUMPUR, March 3 — Bicycle-sharing company oBike’s cheery yellow bikes are visible all over the city… but not always in a way the company would like it to be.

Very often you’d find the bikes left in the middle of a pavement, thrown on sidewalks or at the bottom of flats and sometimes even taken apart.

In other parts of the world, there have been cases of bicycle-sharing bikes left up in trees and even thrown in rivers. A recent news report said 42 bikes were retrieved from the Yarra River in Melbourne.

While not as drastic, this kind of inconsiderate behaviour by riders here has led to the criticism of — ironically not the riders — oBike itself.

Critics say the company should “collect” these abandoned bikes or set up proper parking spots where bikes can be “deposited.”

Still, oBike says this will not stop the company from growing its presence throughout the country.

“Actually, the number of vandalism cases are not that many as compared to the number of bicycles and users we have today,” oBike Malaysia business development manager Ian Goh told Malay Mail.

“We have taken some steps to address the ‘small amount’ of vandalism cases, but that does not mean we are going to stop (operating business in Malaysia) because it does not have a big impact on business, and besides, we have plans to grow and fully penetrate the Malaysian market,” he added.

The largest bicycle-sharing company in the country is currently in KL, Selangor, Melaka, Kedah, Terengganu, Johor, Perak and Pahang. 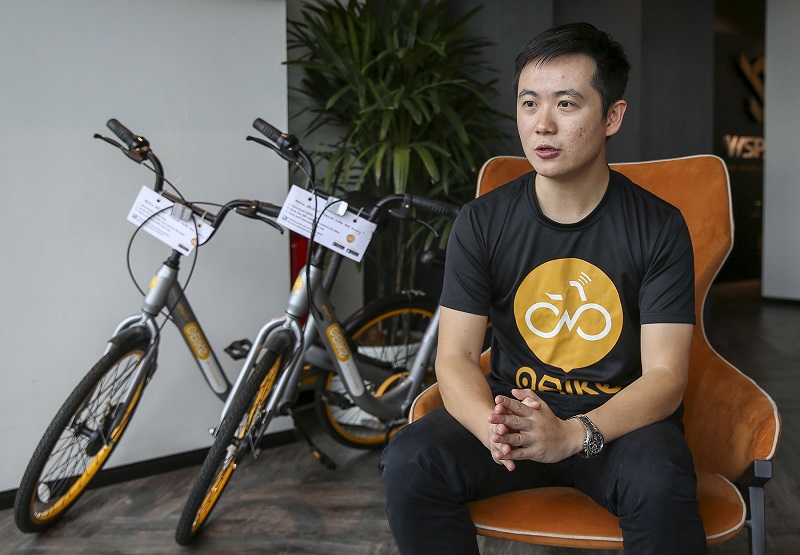 Among the ways to tackle and ease this problem is relying on tip-offs of vandalism cases from the town councils, residential community and a routine on-ground patrolling exercise by oBike’s special technical team.

Goh said his team of 20 staff also depended on back-end data received from its mobile applications and complaints lodged by anyone on its social media platforms about damaged or abandoned bicycles.

“We have more than 500,000 users and they would usually report to us whenever they spot a damaged or vandalised oBike on the street.

“Our patrol team will then be deployed to the scene to collect the bicycle, which we will then repair before sending it back to the streets,” he said.

Goh, however, refused to disclose the number of damaged bicycles and the cost the company had to incur to deal with such cases since starting business in the country last April.

To educate the public against vandalism, Goh urged the public and media organisations to assist in shaping a civic-minded society.

When asked, Goh said the company does not intend to pressure the government to impose an Act or a law on bicycle-sharing to curb the problem.

“I don’t see the necessity for a law at the moment because vandalism can happen to anything… our bicycles are not the only subjects of vandalism,” he said.

Vandalism of bikes, Goh said, is not exclusive to Malaysia, adding that such a scenario also occurs in the 20 other countries the company operates in.

“In Malaysia, there are unscrupulous people stealing seats, handles, and even attempts to sell our bikes to the scrap metal operators for money,” he said.

However, Goh pointed there have been instances where scrap metal operators informed his team of such occurrences. The company had then claimed their bikes and reported the case to the police. 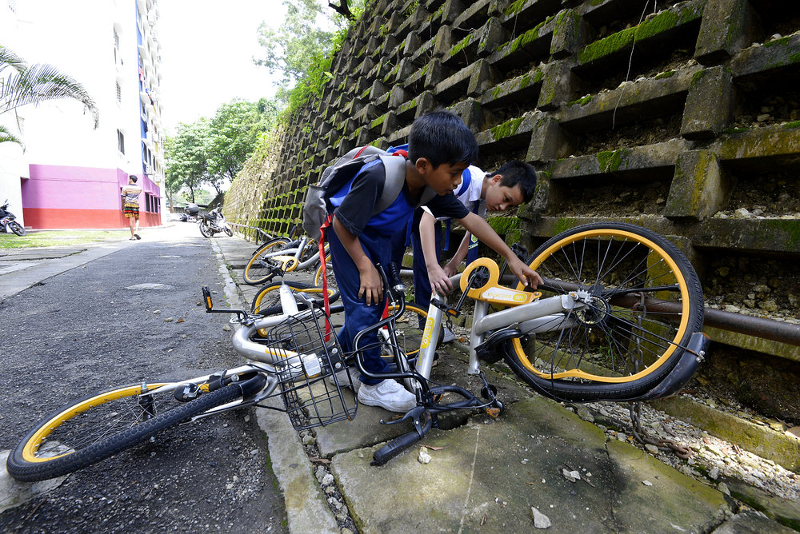 Wan Aiman Wan Talib (front) and his friend Irfan Lim (back) looking at the vandalised bikes which have been abandoned and left there for more than a month. — Picture by Ham Abu Bakar

Pressuring the government to impose a law on bicycle-sharing does not seem to be the most viable move in addressing the issue at hand.

In Melbourne, Australia, the operator of the yellow bicycles has been struggling to deal with the problem by adopting these similar approaches.

A spokesman for oBike Australia regarded the situation as part of the “early days” of bike sharing, and that it would take time to develop a “gracious and courteous” community of riders.

Today, there are over 20,000 oBike bicycles in the country and according to Goh, there are inadequate bicycle parking stations in cities the company operates in.

“Most of our users are civic-conscious people as they would return the bicycles to our designated parking stations or any bicycle racks nearby after using them.

“They are not the vandals, in fact, they have been very helpful in informing which bicycles need repair and as I have mentioned earlier, they (users) constantly tell us where our bicycles have been discarded,” he said. 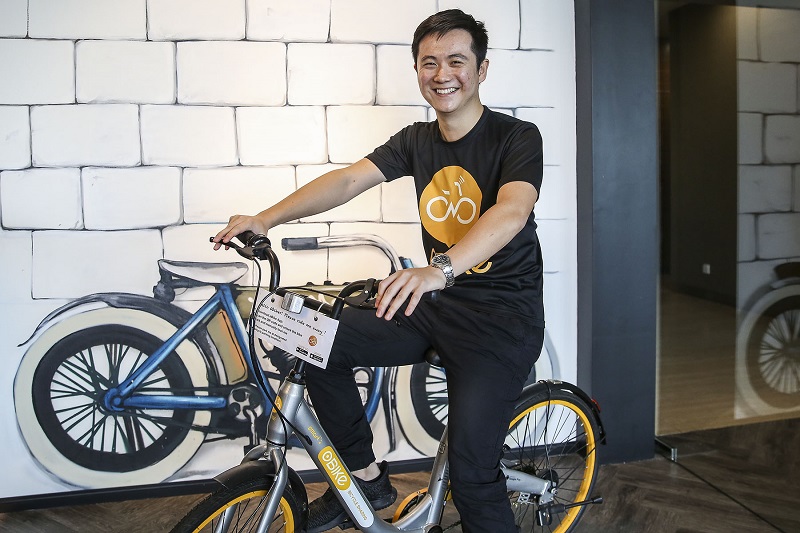 Goh said that oBike was aware that dockless bicycle sharing is a new concept and that the public may not entirely understand how it worked.

“For instance, one may not know how or where to unlock and return the bicycle. Therefore, we have emphasised on user-education as our first priority since Day One of our operation.

“We believe this is important to ensure our users understand the efficiency of dockless bicycle sharing and how they can benefit from it,” he explained.

As such, Goh said addressing insufficient bicycle parking bays is a must to ensure a sustainable growth for the company and comfort for riders.

He said oBike has engaged in discussions with several city councils to increase parking bays and bicycle lanes as well.

“DBKL (KL City Council) has been quite responsive so far, as we are working closely to share our cycling data with their cycling masterplan” he said.