Pasir Bedamar assemblyman Terence Naidu presenting financial aid and provisions to N. Marimuthu whose house at Eastern Garden had been destroyed in an early morning fire on Wednesday. The family was saved from the fire by Anandaveli the dog. — Courtesy photo from Terence Naidu
Follow us on Instagram, subscribe to our Telegram channel and browser alerts for the latest news you need to know.
By SYLVIA LOOI

TELUK INTAN, June 24 — A puppy saved a family of five from tragedy when it woke them up during a fire on Wednesday.

In the 5am incident at Eastern Garden, Anandaveli the puppy pulled the hair of its owner A. Vimala.

When that failed to wake her up, the eight-month-old pooch nibbled on Vimala’s face and ear.

It also tugged on the 53-year-old’s pyjamas.

The mother of three said she initially thought Anandaveli was thirsty.

“I told her to get water at the kitchen herself but when she continued to pull on my clothes, I got up to see the middle section of my house, which housed the praying altar, was on fire.” 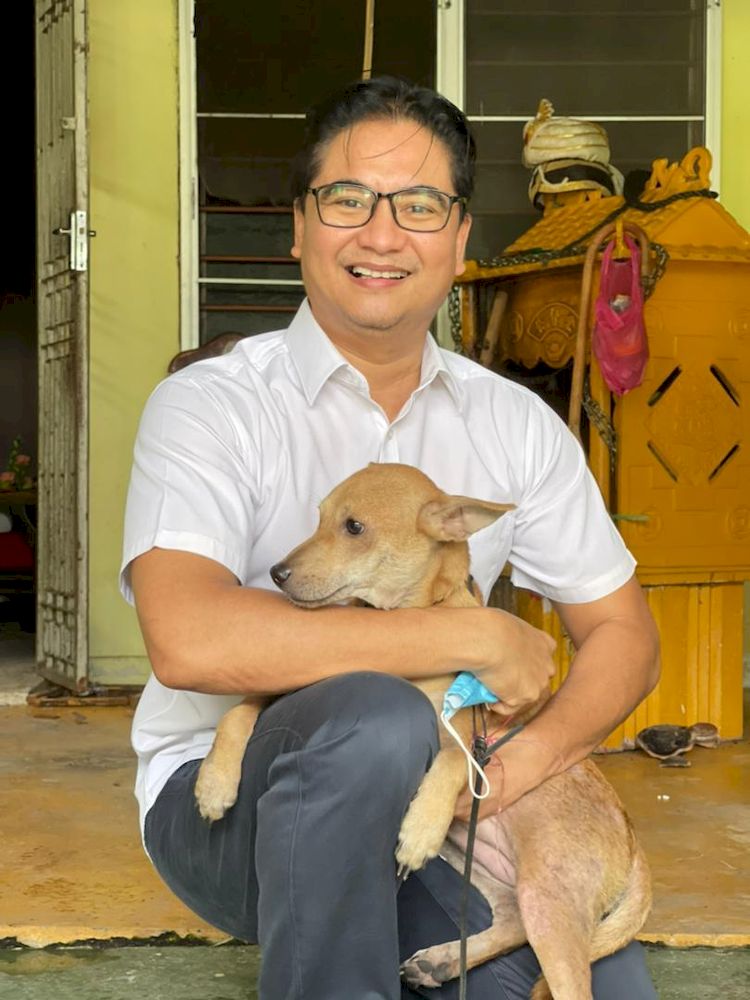 Pasir Bedamar assemblyman Terence Naidu with Anandaveli the dog who saved a family from fire. — Courtesy photo from Terence Naidu

Speaking to reporters when met by Pasir Bedamar assemblyman Terence Naidu, Vimala said her first instinct upon seeing the fire was to wake her family up.

“My youngest son Vimalan, 18, had to assist my husband N. Marimuthu, 58, from the fire as he has difficulty walking due to stroke,” she said.

Vimala said she was thankful that Anandaveli for saving her family.

Anandaveli, added Vimala, had nearly died when it was born.

“I nursed her back to health. I even bottle fed her,” she said, thanking the mongrel for saving the family.

Terence, who presented financial aid and provisions for the family, said he would help the family to apply for aid from the disaster relief fund under the district office.

“I will also help them to look for alternative housing since their single-storey house had been destroyed in the incident.”

“Dogs are indeed man’s best friend,” he said, urging the people to be kind to animals and not mistreat them.

“Who knows, a dog may save your life one day.”