PETALING JAYA, Nov 25 — Cervical cancer a disease that is preventable but only if women choose to get tested.

And Universiti Malaya consultant obstetrician and gynaecologist Prof Dr Woo Yin Ling wants Malaysians to know that the biggest risk factor is not being screened.

It should be the only hurdle that stands in the way for women to be cervical-cancer free but in Malaysia, cultural and social stigmas can make the fight doubly hard.

So if you’ve casually heard that cervical cancer is associated with multiple sexual partners, engaging in sexual activity at a young age, smoking or the use of contraceptives, it’s time to move on from such outdated schools of thought.

“All these are connotations that have a social stigma — I very strongly believe it is wrong.”

While there may be an associative factor in past studies, these perceived factors might be linked to lower socioeconomic patients which Dr Woo says is the wrong association.

“Whenever I’m asked what a risk factor is, I will say not being screened, not the others.” But women are still being asked uncomfortable routine questions that have no correlation to cervical cancer.

“The most unkind thing to do for a patient going through or having been diagnosed with cervical cancer — and students do this occasionally in their history-taking — is being asked ‘How many sexual partners have you had?’

“That’s ridiculous, it’s absolutely wrong and cervical cancer patients will tell you they are very stigmatised and that is something we have to work towards to get rid of.

“We just need to say two things: vaccination at a young age and screening when you’re older,” she added.

“That’s not the right way, I have learned not to ask any more questions because when you ask, you open up a can of worms.

“Women who have been abused, there’s a stigma associated with wrong decisions they made when they were younger.

“These are the things that we must remove, we must eliminate all this stigma and just screen without judgment and to protect them and make sure they are safe,” she said.

Dr Woo is the medical technical advisor and lead researcher for Rose Foundation, a community-driven non-profit committed to eliminating cervical cancer by making cervical screening more acceptable and accessible to B40 women through self-sampling.

Rose stands for Removing Obstacles to Cervical Screening, a pilot project that was launched three years ago in collaboration with UM, the VCS Foundation in Australia and the Health Ministry.

In the coming months, the World Health Organisation Global Cervical Cancer Elimination Strategy has been adopted by all its members, including Malaysia, and Rose will be the first feature in all its programmes which Prof Woo proudly announced.

“It started off as a pilot because I saw many young patients my age with young children having cervical cancer and I know as a doctor, cervical cancer can be eliminated.

“Nothing to do with diet, smoking, promiscuity, nothing — you just have to get screened.”

She added that for women in their 30s in Malaysia, the top two most common cancer claims are breast and cervical cancer, two cancers that are preventable.

A solution by women for women

She and her team wanted to come up with a screening method that saves time, isn’t painful and not embarrassing unlike Pap smears and their notorious reputation for discomfort.

The first of its kind in the world, this revolutionary screening method not only delivers results to women on their mobile phones but walks them through each process especially if any abnormality is detected.

And the fact that the team is predominantly female-led, there’s certainly something to be said about male bias in the medical field.

“I feel many of these traditional screening methods were invented by men not quite taking into consideration how women feel.

“So when you have a solution that is created by women for women it comes from a different perspective,” she added.

The test which costs around RM300 is far from cheap and Dr Woo said those who need it most don’t have the resources to pay for it which is why the foundation’s top agenda is making it accessible to B40 women.

“It’s females who know the value of time, when you take time off for screening it really messes your time timetable to cook, to look after children, to do all these things.

“Then the pain, the fear, all that was taken into account when this was designed so it’s made to be very convenient.

“So technically when you come down from a PPR (people’s housing project) flat, you take one and drop it off and go do whatever you want to do,” she said.

Where does this render Pap smears in the future? 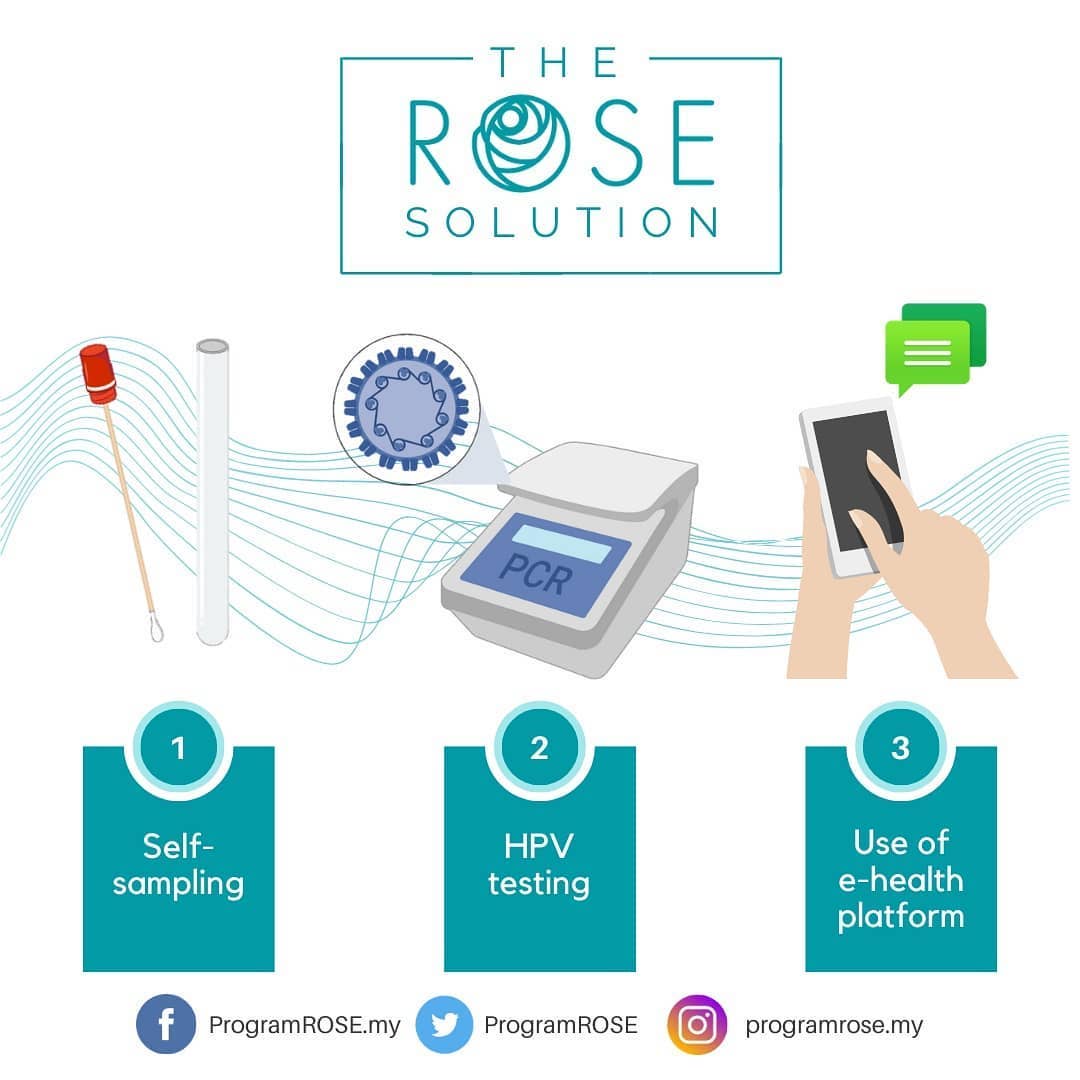 The Health Ministry has plans to fully adopt the human papillomavirus (HPV) testing by 2023 and will phase out Pap smears in the process.

Given the fact that a machine can test 200 samples in four hours, those who have spent decades looking under the microscope for cervical cancer cells may find themselves in a precarious position.

“My colleague in Australia says disruptive technology can be destructive because they have had to put away or destroy 50 microscopes because it’s all done by machines now and they’ve had to sack people or made redundant or retrain people,” she said.

Moving forward, Rose Foundation plans to expand into more communities as part of its commitment to eliminating cervical cancer.

As of August, they have screened close to 10,000 women since the programme’s launch.

For every 100 women screened, five to seven are expected to be HPV positive.

“We always say that screening doesn’t prevent cancer, it is the follow-up of an abnormal screen that will prevent cancer and that’s an important message.”