The selfless team of lecturers and staff from UMK have devoted their free time to make PPEs for frontliners. — Picture via Facebook/Hanisa Hj Hassan.
Follow us on Instagram, subscribe to our Telegram channel and browser alerts for the latest news you need to know.
By MARK RYAN RAJ

PETALING JAYA, March 30 — An employee faculty group of Universiti Malaysia Kelantan (UMK) has been stitching away to help medical frontliners in the state.

Hanisa Hassan, the dean of the Faculty of Creative Technology and Heritage at UMK, uploaded a post onto her Facebook page last week talking about the hard work being done by her fellow faculty members to aid the efforts of frontline medical workers.

In the post, faculty members can be seen meticulously cutting, sewing and even ironing fabric which will be transformed into protective gear used by frontliners.

“But in this difficult period, all of us have joined hands to become tailors and blanket cutters. I can’t ask for a better team!”

Graduating with a doctorate in fine arts and design, and having previous working experience as a textile designer, Hanisa, 45, leads the team of university staff as they attempt to tailor as much Personal Protective Equipment (PPE) as possible for doctors and nurses in Kelantan. 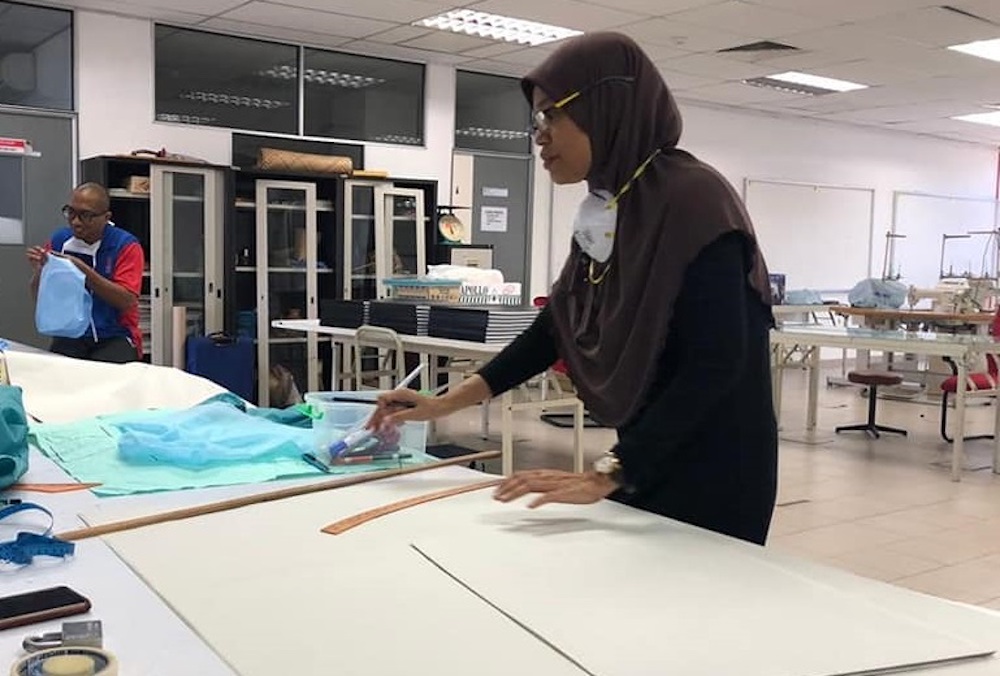 Hanisa said that it was the least they could do to help out the frontliners treating infected patients. — Picture via Facebook/Hanisa Hj Hassan

“They have to be safe in order to keep us safe. We need their help and they need ours too,” Hanisa told Malay Mail.

She added that the lecturers turned needleworkers are working in tandem with Kelantan Red Crescent Society (PBSM), as they offered to use their equipment and facilities on campus to try and make up for ever-decreasing numbers of PPEs in stock.

“This fabric is normally only sold directly to hospitals. But we are lucky because we got it from PBSM Kelantan when it was donated by the Kelantan Islamic Religious and Malay Customs Council (MAIK).”

She added that the demand for this type of fabric has shot up in recent weeks, with shortages occurring worldwide due to the high number of Covid-19 infected patients.

The 45-year-old added that the creative technology and heritage team will be making those valuable pieces of fabric into various PPEs such as shoe covers, head covers, aprons and face shields.

“I was told that the price for the raw materials to make this equipment went up by three times the original price in a matter of days.

“The fabric is not easy to get. So it will be good if there are more sponsors willing to help out with the raw materials. Not only in Kelantan, but in other states as well.” 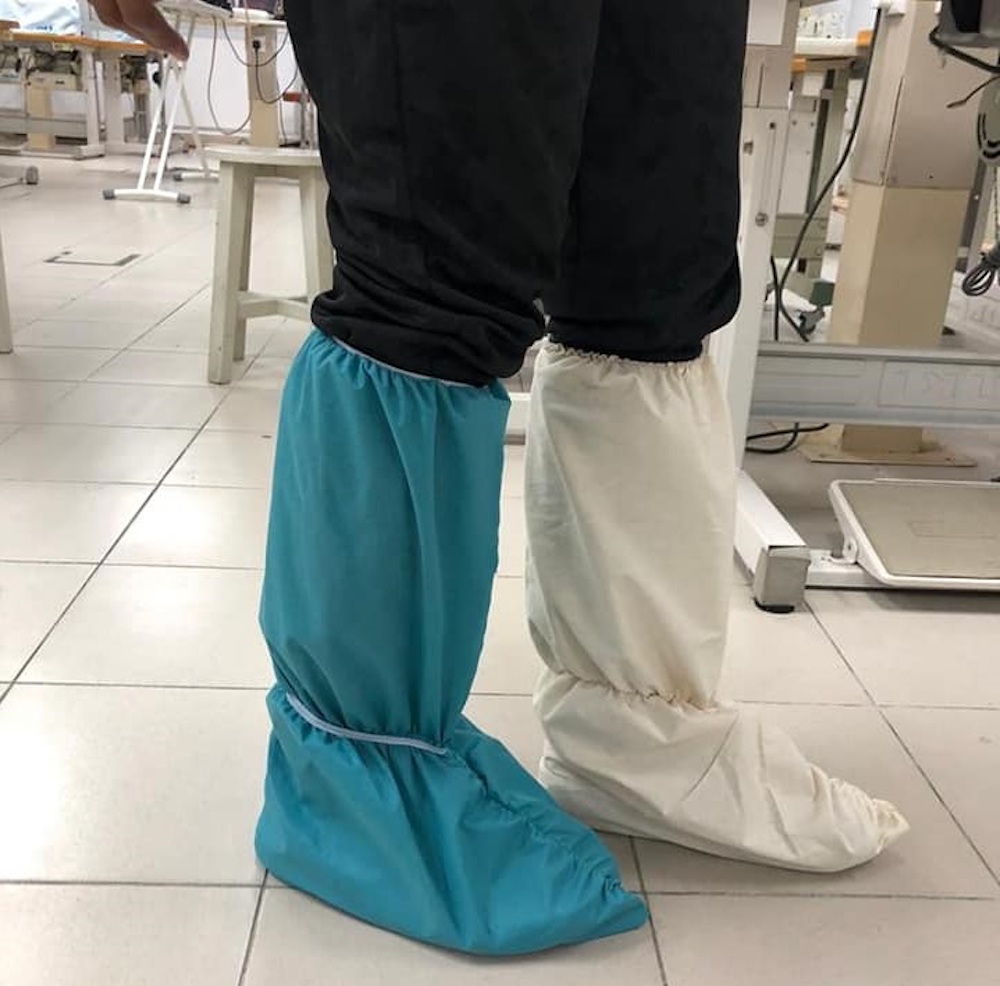 A look at the shoe covers sewn together by the faculty members. — Picture via Facebook/Hanisa Hj Hassan

She said that once they have sewn the PPEs, PBSM will then distribute the protective gear to hospitals treating Covid-19 patients around Kelantan.

Hanisa’s post on Facebook has since garnered over 1,000 likes and shares, as she mentioned that the public has been eager to support their efforts but called on more Malaysians to support the frontliners.

“I’ve gotten various messages from people all over the country who want to help out in terms of cash and kind,” said Hanisa.

“It’s nice to know that everyone is willing to help. I’m sure there are other institutions out there, with complete workshops and facilities, that can help out too.

“Everyone can do their part. Or the least they can do is just stay at home.”

Malaysia entered its 12th day of the movement control order (MCO) period, put in effect on March 18, with the country recording approximately 2,470 Covid-19 positive cases as of yesterday afternoon.

Half world’s birds in decline, species moving ‘ever faster’ to extinction