Turtle Conservation Society of Malaysia (TCS) co-founder Chen Pelf Nyok said in order to ensure there are eggs to be incubated and not end up in the cooking pot, TCS works with the villagers of Kampung Pasir Gajah in Kemaman.

“We pay them RM5 for each egg that is handed over to us which will then be incubated,” Chen said.

Eggs that are successfully hatched will be released in October annually.

Since the formation of TCS in 2011, the number of eggs collected has not been consistent.

“Last year, we only managed to release 120 baby river terrapins,” said Chen, adding that the highest release rate was in 2012 where 900 river terrapins were released into Sungai Kemaman.

In order to further its conservation efforts, TCS needs RM20,000 yearly and faces an uphill task to get the funds.

This year, the society will be having a virtual run which aside from raising funds, also aims to raise awareness and spread the word on the endangered river terrapins. 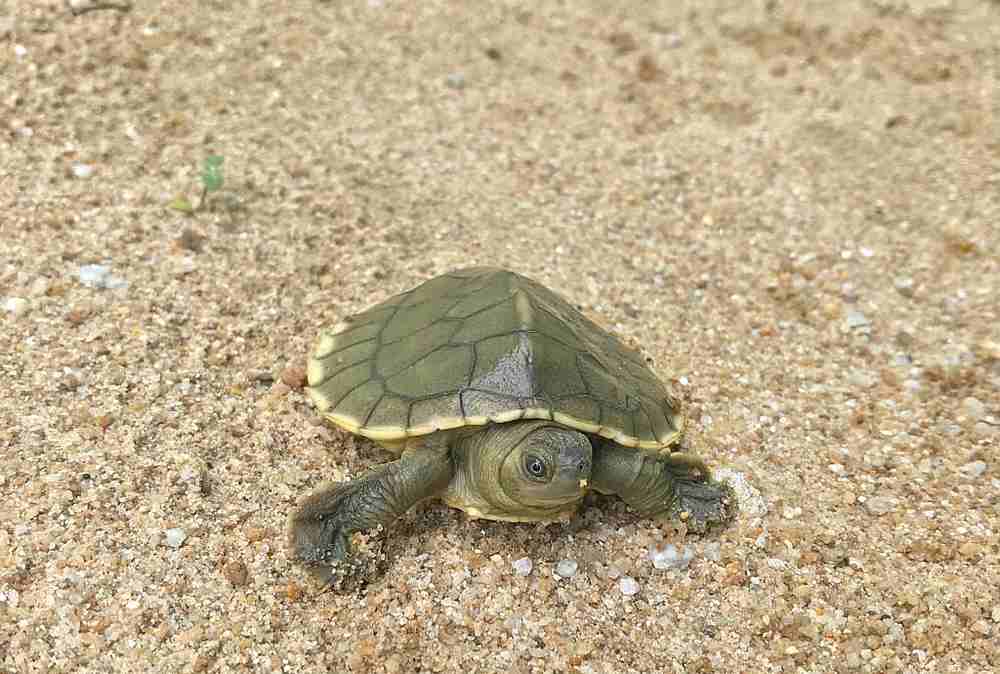 “We microchip them whenever they come up to the river bank to nest annually between February and March.”

One female river terrapin, Chen said, can lay a maximum of 40 eggs per season.

“Once it eats a mangrove, it will defecate and a new mangrove tree will grow from there.”

“They will also eat the carcass of dead animals thus maintaining the cleanliness of rivers.”

Chen added that the river terrapin also played an important role in the food cycle. 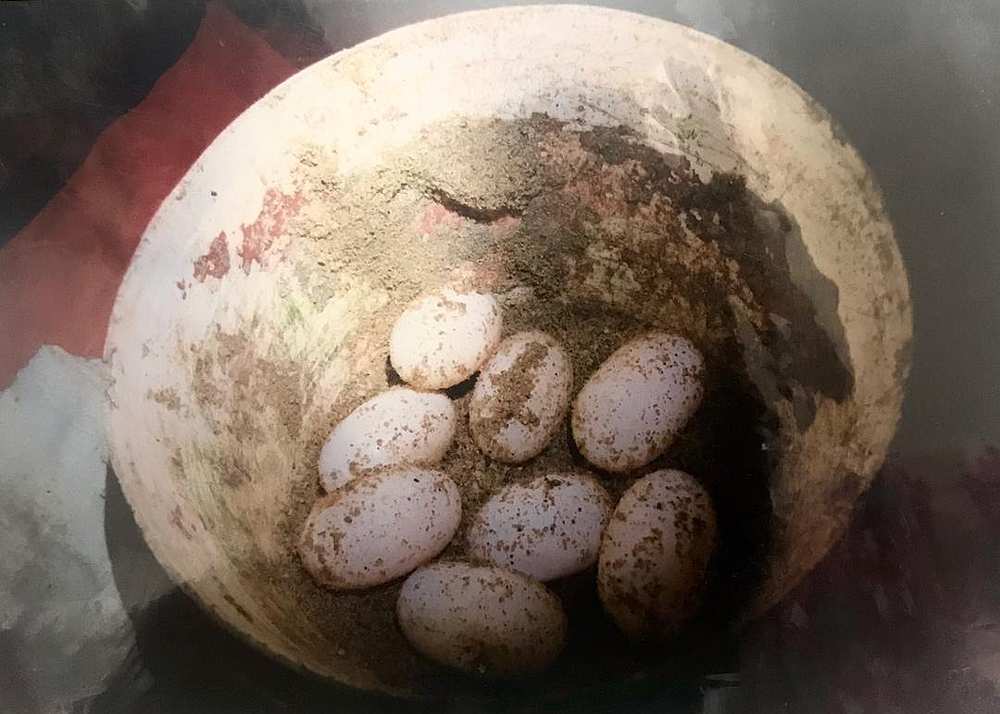 To ensure there are eggs to be incubated, Chen Pelf Nyok said TCS work with the villagers of Kampung Pasir Gajah in Kemaman. — Picture courtesy of Turtle Conservation Society of Malaysia

“When they nest on the river banks, predators such as monitor lizards will eat the eggs. Hence it is part of the ecology,” explained the marine biologist.

With regards to the virtual run, Chen said a team of maximum 10 runners can be assembled to run the 50km.

“So each runner only need to run 5km. The runners can be located anywhere in the world. They just need to download a programme for us to monitor their run,” she explained.

Programme director Daryl Lee said by having a virtual run, there won't be any need to apply for road closure permits and causing traffic congestion.

“There is also no clean up after the run and its a lot safer. What makes our run more unique than other virtual runs is its community-based concept where participants get to run in a team,” he said.

“Our run platform allows runners to be social and engage more with team members with the added competitive feature.” 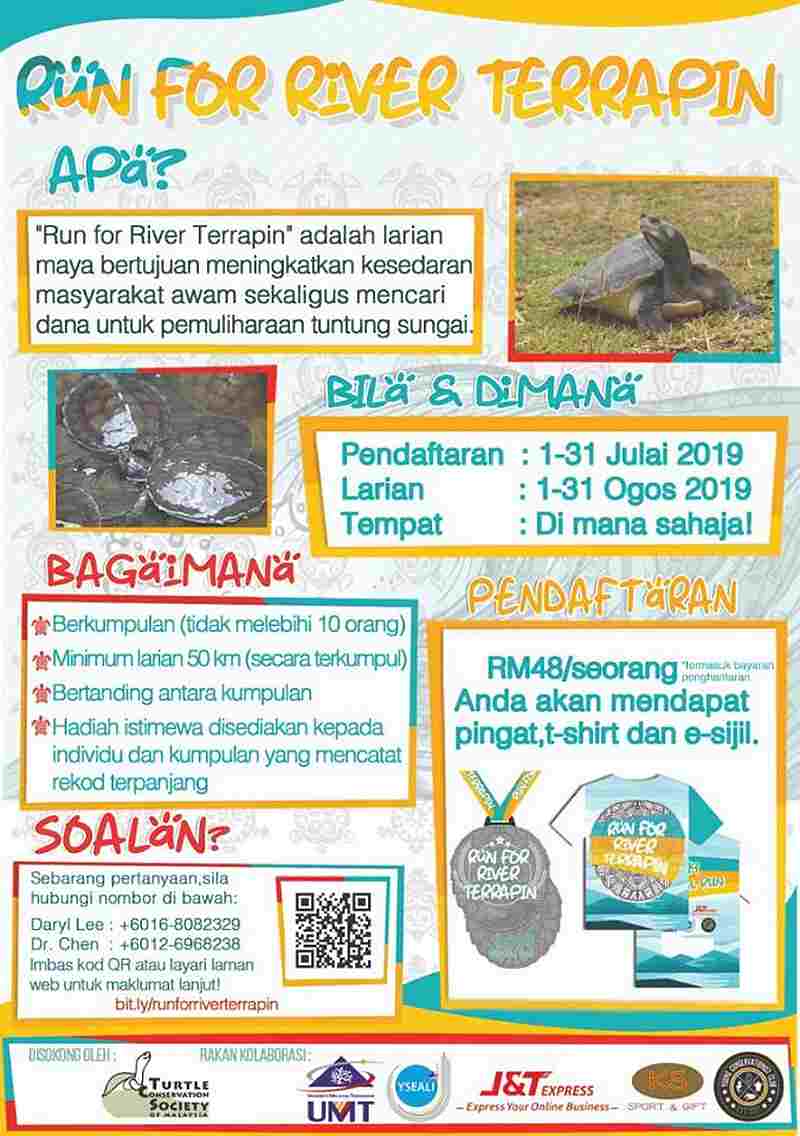 A poster to promote the virtual run. — Picture courtesy of Facebook/ Turtle Conservation Society of Malaysia

Lee said TCS was expecting 200 runners throughout the world to participate.

“We currently have 100 runners and the numbers are increasing. However, as our coverage is quite localised within Terengganu, we are only able to spread the news to other states and country via social media platform.”

Asked why the society chose running, Lee said it wanted to make sure it was a sport everyone was able to perform. “Speaking of audience, we do very much wish to get the attention of the conservationist and expand it as well.

“Getting and engaging with the common public into conservation will be a game-changer for these river terrapins to ensure their survival.”

For further details about the run, check out TCS Facebook page.