Kelantan boy locks himself in car for undisturbed gadget time

Do not disturb. The kid was having none of the ‘rescue’ that was going on. — Facebook/Kopiah Kau Senget
Follow us on Instagram, subscribe to our Telegram channel and browser alerts for the latest news you need to know.
By JOE LEE

PETALING JAYA, June 26 — Parents today rely on smartphones and tablets to keep their young ones occupied and out of mischief.

A mother in Pasir Mas, Kelantan, may however be rethinking the approach after she was locked out of her car by her toddler who needed some ‘me’ time with his gadget of choice. 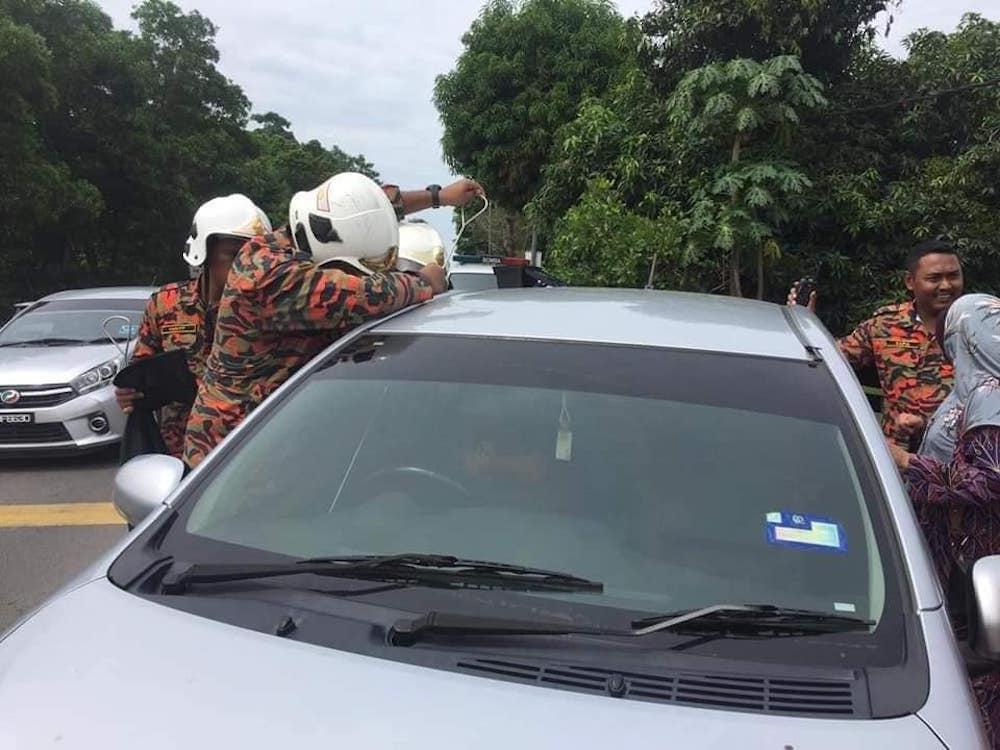 In a Facebook post by a user simply known as Kopiah Kau Senget, who credited photos to the father — it was said that the child was afraid of having the gadget taken away and had sought refuge in the car, which he was said to have been able to access on his own.

After much pleading which went ignored, the mother had to finally resort to calling the Fire and Rescue Department to help break into the car to rescue her son. It was not known how long the rescue went on, but the child is safe. — Facebook/Kopiah Kau Senget

It is not known if the child managed to finish the game or video he was watching, but eyewitnesses said the child was oblivious to the uproar and ignored the ‘rescue efforts’ as he remained focused on the smartphone.