APRIL 22 — The Malaysian Bar views with deep despair and concern the recent rioting that resulted in the escape of more than 500 Rohingyas from an immigration detention depot in Sungai Bakap.[1]  It is even more heart-wrenching to note that six of the escapees, including two children, died while attempting to cross the highway.  The Malaysian Bar extends our deepest condolences to those who have died in this tragic incident.

It is believed that many of the Rohingyas at the depot are refugees and asylum-seekers who had been detained indefinitely in Malaysia since 2020.[2]  The cause of the riot and the escape was reportedly due to overcrowding at the depot.[3]  The dire plight of the Rohingyas raises several points of concern, and if the detention of these Rohingyas was in fact indefinite as reported, it is an inhumane and cruel tactic that is arbitrary, oppressive, and is hardly an effective migration management tool.

Humanity — a crucial element in dealing with refugees and asylum-seekers — is completely missing in this nation, whilst detention centres are currently treated as mere regulatory compliance. 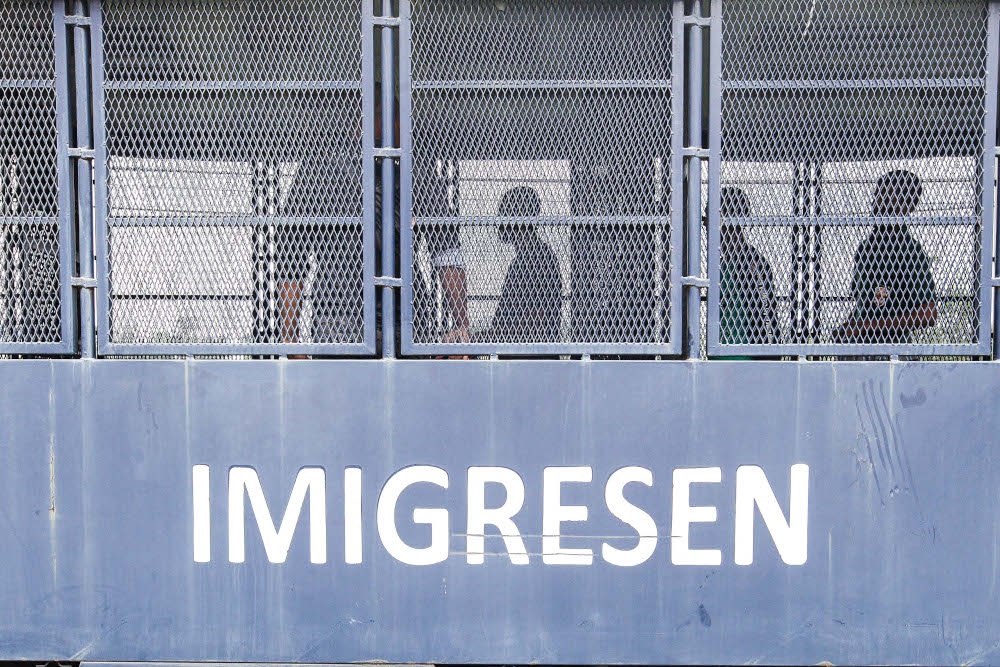 Firstly, some of the Rohingyas who were detained at the depot were children.  Any form of detention, whether definite or indefinite, can be traumatising for children and have negative long-lasting effects on their health and development.  According to the United Nations Children’s Fund (“Unicef”), children held in detention are at a risk from suffering depression and post-traumatic stress disorder (“PTSD”).  It is pertinent to note that the United Nations Special Rapporteur on Torture has found that immigration detention for children, even for a short period of time, may constitute a form of cruel, inhuman, or degrading treatment of migrant children.[4] Children need to be recognised as a vulnerable group and be granted protection as such.

Secondly, it is disappointing that the Office of the United Nations High Commissioner for Refugees (“UNHCR”) was not granted access to the detainees at the Sungai Bakap depot.  While Malaysia has vowed not to deport refugees or asylum-seekers who are registered with UNHCR according to the customary international law principle of non-refoulement,[5] the problem is not alleviated when UNHCR is not granted access to conduct refugee status determination for those who are detained.

The Ministry of Home Affairs reported that a total of 208 deaths were recorded at immigration detention depots in Malaysia from 2018 until 15 February 2022.[6] These numbers are alarming, and any death is one too many.  The Malaysian Bar implores the authorities to permit UNHCR to be given immediate access to all immigration depots across the country where there are refugees and asylum-seekers present, to ensure that their basic human rights are safeguarded.

It bears reminding that many of the Rohingyas fled their country of origin due to persecution and discrimination, and therefore should be afforded protection, dignity, and respect.  Rohingya refugees have endured unimaginable violence and brutality in their home country of Myanmar.  Many of them take perilous journeys to seek refuge in neighbouring countries, yet they are subjected to insurmountable hurdles that prevent them from having a semblance of a safe and normal life.

In light of this tragedy, the Malaysian Bar urges for the establishment of an independent investigating body to look into the matters surrounding the incident at the Sungai Bakap depot.  It is a wake-up call to our Government and our authorities that far more needs to be done to improve living conditions in immigration depots and to formulate a proper plan to manage those who flee to Malaysia.  Surely, there must be proper stakeholder engagement with agencies that include the Human Rights Commission of Malaysia (“Suhakam”), the Malaysian Bar, as well as civil society organisations.  A participatory approach inclusive of various institutions will serve to promote transparency and accountability in the investigation.

What we need to do as a responsible and conscionable country is to take a long, hard look at our treatment of refugees and asylum-seekers, as human beings just like you and I are, and to make conscious changes. Malaysia is not a signatory to the 1951 Refugee Convention and the 1967 Protocol Relating to the Status of Refugees, nevertheless, as a responsible member of the international community, we owe a deep obligation to those who cross our borders to ensure that they are not abused and exploited.  This is particularly true for those who are held in custody by our authorities.

Ultimately, there needs to be an effective and humane framework to properly handle refugees and asylum-seekers.

The Malaysian Bar therefore calls on the Malaysian Government to respect and afford dignity to this vulnerable group.  The suffering and loss of life must end, and it must end now.

*Karen Cheah Yee Lynn is President of the Malaysian Bar.