OCT 17 — The International Court of Justice (the Court) entertains two types of cases.

The first is legal disputes between states submitted to the Court by the former. These are referred to as contentious cases.

The second is requests for advisory opinions on legal questions referred to it by United Nations organs and specialised agencies. These are advisory proceedings.

In contentious cases, the proceedings include a written phase and an oral phase. 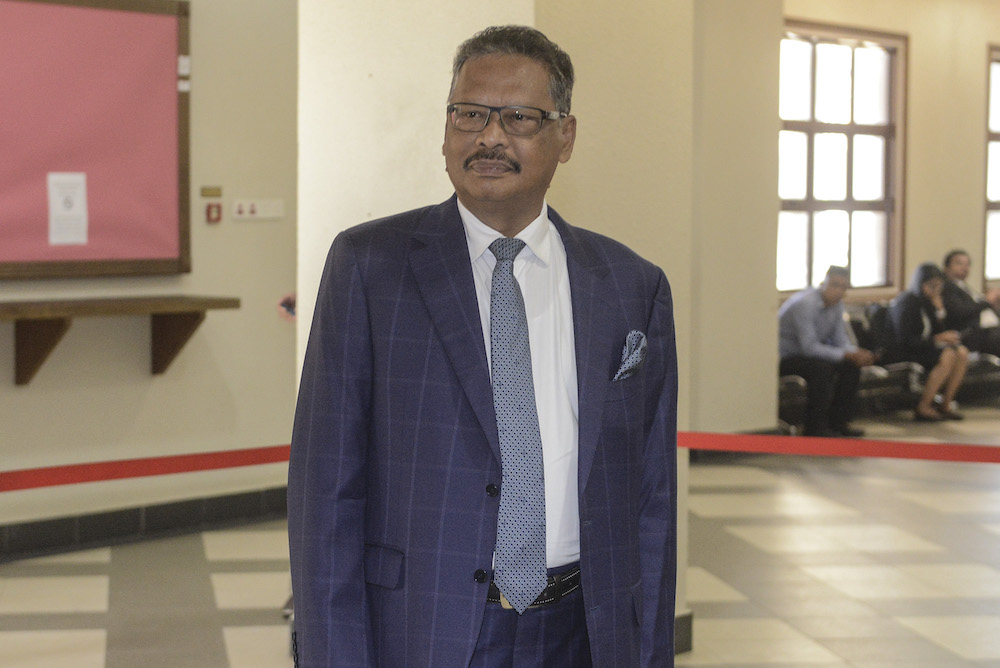 In the written phase, the parties file and exchange pleadings containing a detailed statement of the points of fact and of law on which each party relies while the oral phase sees parties’ agents and counsels address and submit to the Court in public hearings.

Following the oral proceedings, the Court will deliberate in camera. It will then deliver its judgment at a public sitting.

The judgment is final and binding on the parties to the case and without appeal. At the most, it is said, the judgment may be subject to interpretation or, upon the discovery of a new fact, revision.

Article 61 of the Statute of the Court provides that a party may, within 10 years of the delivery of a judgment by the Court, apply for revision of that judgment upon discovery of some fact that was unknown both to the Court and the party seeking revision at the time judgment was given, provided that the newly discovered fact would be a decisive factor in the Court’s consideration of the case.

Pursuant to Article 61, Malaysia filed an application for revision of the Judgment. The application was filed on February 2, 2017. According to the application, Malaysia “recently discovered three significant documents that indicate that, in the critical years following the 1953 correspondence, during a period that witnessed Malaysian independence and the transition of Singapore from a self-governing colonial territory to incorporation as part of Malaysia and then independence as the Republic of Singapore, Singapore officials at the highest levels did not consider that Singapore had acquired sovereignty over Pedra Branca/Pulau Batu Puteh from Johor.”

The documents were only discovered in a batch of archival records stored in the United Kingdom National Archives. Two of the documents only became accessible to the public in the years since the Court gave its Judgment in 2008; the third document’s date of release was unknown.

The documents allegedly were internal correspondence of the Singapore colonial authorities in 1958, during the period of Singapore’s colonial self- government, concerning Singapore’s territorial waters, an incident report filed by a British naval officer which acknowledged that the waters around Pedra Branca/Pulau Batu Puteh were Johor’s, and an annotated map of naval operations which indicated that Singapore’s territorial boundary did not encompass Pedra Branca/Pulau Batu Puteh.

Malaysia contended that the documents showed that “Singapore’s perception that Pedra Branca/Pulau Batu Puteh did not fall within Singapore’s territory persisted through the critical period of the first half of the 1960s during which Singapore underwent various Constitutional changes, and lasted until at least February 1966, by which time Singapore had ceased to be part of Malaysia and became an independent State in its own right.” Malaysia’s review application can be sighted here.

Malaysia further contended that the Court “would have been bound to reach a different conclusion on the question of sovereignty over Pedra Branca/Pulau Batu Puteh had it been aware of this new evidence.”

Despite both Malaysia and Singapore having filed written observations and comments, and supporting documentation in the Court’s registry between February 14, 2017 and February 12, 2018, the Court was notified by a letter dated May, 28 2018 that “the Parties had agreed to discontinue the proceedings.”

Consequently, by agreement of both countries, the review application instituted on February, 2 2017 by Malaysia against Singapore was ordered by the Court to be discontinued. The order (discontinuance order) was dated May 29, 2018. (The discontinuance order can be sighted here.)

Public hearings of the review application had already been scheduled to be held from June 11 to June 18, 2018. (The Court’s press release can be sighted here.

Now, why the discontinuance of Malaysia’s review application?

The last of the above was filed by Singapore on February 12, 2018. All filings were made within the time limit fixed by the Court.

Between February 12 and May 28, 2018 both countries were therefore apprised of each other's legal arguments and positions, as well supporting evidence. Their written observations, comments and documentation can be sighted here.

Parties to pending proceedings are entitled to compromise or settle their disputes on any terms they desire without the approval of or reference to the court. A compromise can take place when there is a question of doubt over a party’s legal position following re-appraisal of the legal authorities. This despite initial “solid evidence, facts and foundations” for the party’s legal position.

Consequently, the parties can agree not to proceed.

Out-of-court settlement is the term often used. These are agreements between parties which are manifested to the court and have been said to be “a common and essential feature” of the conduct of civil legal proceedings. (See Tan Geok Lan (P) v La Kuan @ Lian Kuan [2003] 3 MLJ 758, CA)

It was former Attorney General (AG) Tan Sri Mohamed Apandi Ali who claimed to have solid evidence, facts and foundations that Pulau Batu Puteh belonged to Malaysia and he was disappointed when the Pakatan Harapan (PH) government led by Dr Mahathir decided to withdraw the review application.

Apandi was also reported to have said that Malaysia had missed the opportunity to regain Pulau Batu Puteh after Dr Mahathir decided to withdraw the review application.

But Apandi’s successor might have reappraised Malaysia’s legal position. He might be wrong – like then United Kingdom’s Attorney-General Geoffrey Cox whose legal advice to Her Majesty the Queen to prorogue Parliament was carried out by the Queen. The Supreme Court held that the advice was wrong and the prorogation unlawful.

It looks like a case of conflict of interest. More so when Apandi has filed a lawsuit against Dr Mahathir and the federal government, seeking compensation of more than RM2.23 million for what he claimed to be an “unlawful termination” in June 2018 of him as the AG.