As the name suggests, the device will be running on Android Go, which is a lightweight version of Android that promises to offer a smooth experience with lower hardware specs.

The Redmi Go is a device that’s positioned below its current budget Redmi 6 smartphone. It has a 5″ HD 720p display and it runs on a 1.4GHz quad-core Snapdragon 425 processor with just 1GB of RAM.

Internally, it comes with just 8GB of storage and there’s an 8MP rear camera along with a 5MP selfie shooter. 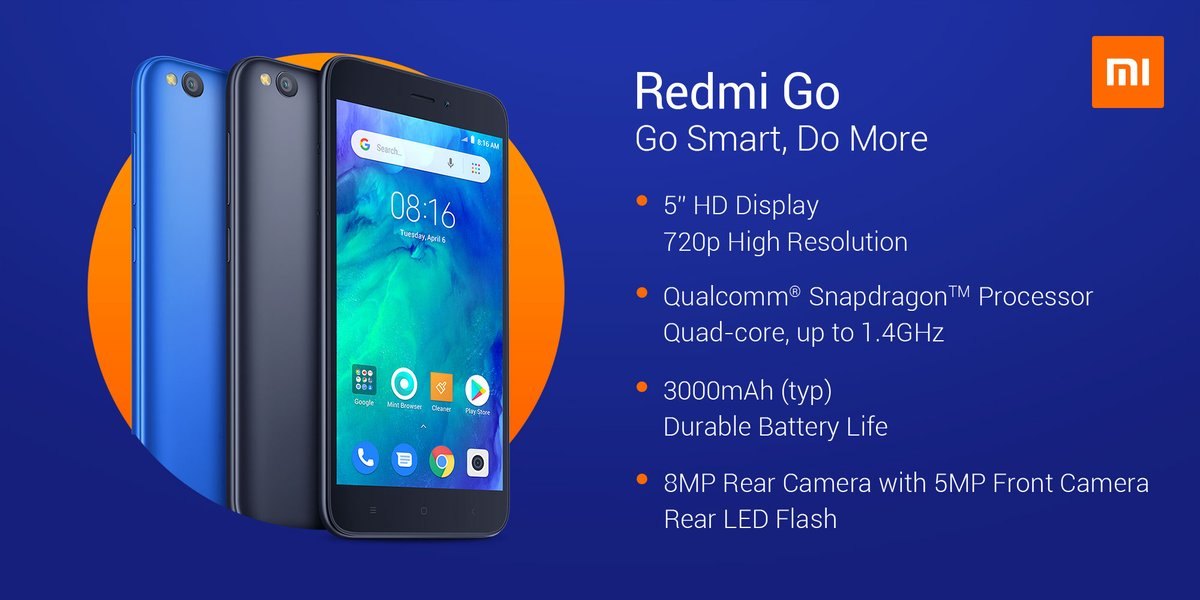 Powering the Redmi Go is a modest 3,000mAh battery which charges via microUSB and it also lacks a fingerprint sensor.

Out of the box, it runs on Android 8.1 Oreo (Android Go Edition).

Availability and pricing details are scarce at the moment and the device has been teased several times on Mi Philippines Facebook page.

According to prolific leakster, Roland Quandt, the device will be priced under 80 EUR (about RM376) but we reckon it should be going for less than RM300 if ever comes to Malaysia.

As mentioned earlier, it is funny that the Redmi Go has a Mi branding at the back considering “Redmi” is now an independent brand.

Before this, several brands have also released Android Go smartphones in Malaysia.

There’s the Nokia 1 that was launched at RM339 while the Samsung Galaxy J2 Core was released for RM379. — SoyaCincau