'Pulau Sri’ pays homage to both the famed Langkawi legend and Kedahan Mek Mulung. ― Picture courtesy of Nazir Azhari
Follow us on Instagram, subscribe to our Telegram channel and browser alerts for the latest news you need to know.
By MELANIE CHALIL

KUALA LUMPUR, Oct 28 ― A contemporary retelling of the legend of Mahsuri is set to delight Langkawi folk and holidaymakers in a one-night-only musical theatre performance next month.

Instead of a traditional theatre space however, the performance will take place outdoors by the seaside at the Holiday Villa Beach Resort & Spa in Pantai Tengah.

Titled Pulau Sri ― Never Destroy An Island With A Lie, the original musical theatre project by the community initiative Suatukala is inspired by the Kedahan Mek Mulung, a northern Malaysian dance form that gained popularity in the late 1700s.

Suatukala co-founder Karina Bahrin hopes the show will cast a new light on Mahsuri’s tale to encourage the revitalisation of the island’s many legends.

The legend of Mahsuri tells the story of a woman who was accused of adultery while her husband was away at war which led her to curse the island for seven generations during her execution.

Today, Mahsuri’s tomb and a museum dedicated to her are popular tourist attractions in Langkawi.

Karina said Mahsuri has always been portrayed as the victim of a crime for centuries and there was little room for her to reclaim the narrative.

Pulau Sri aims to return some agency to the legendary figure through a female-centric performance that wants to amplify women’s voices.

“We wanted to make sure the story was told from Mahsuri’s perspective because if you look at retellings of her story, her voice just does not appear everytime,” Karina told Malay Mail. 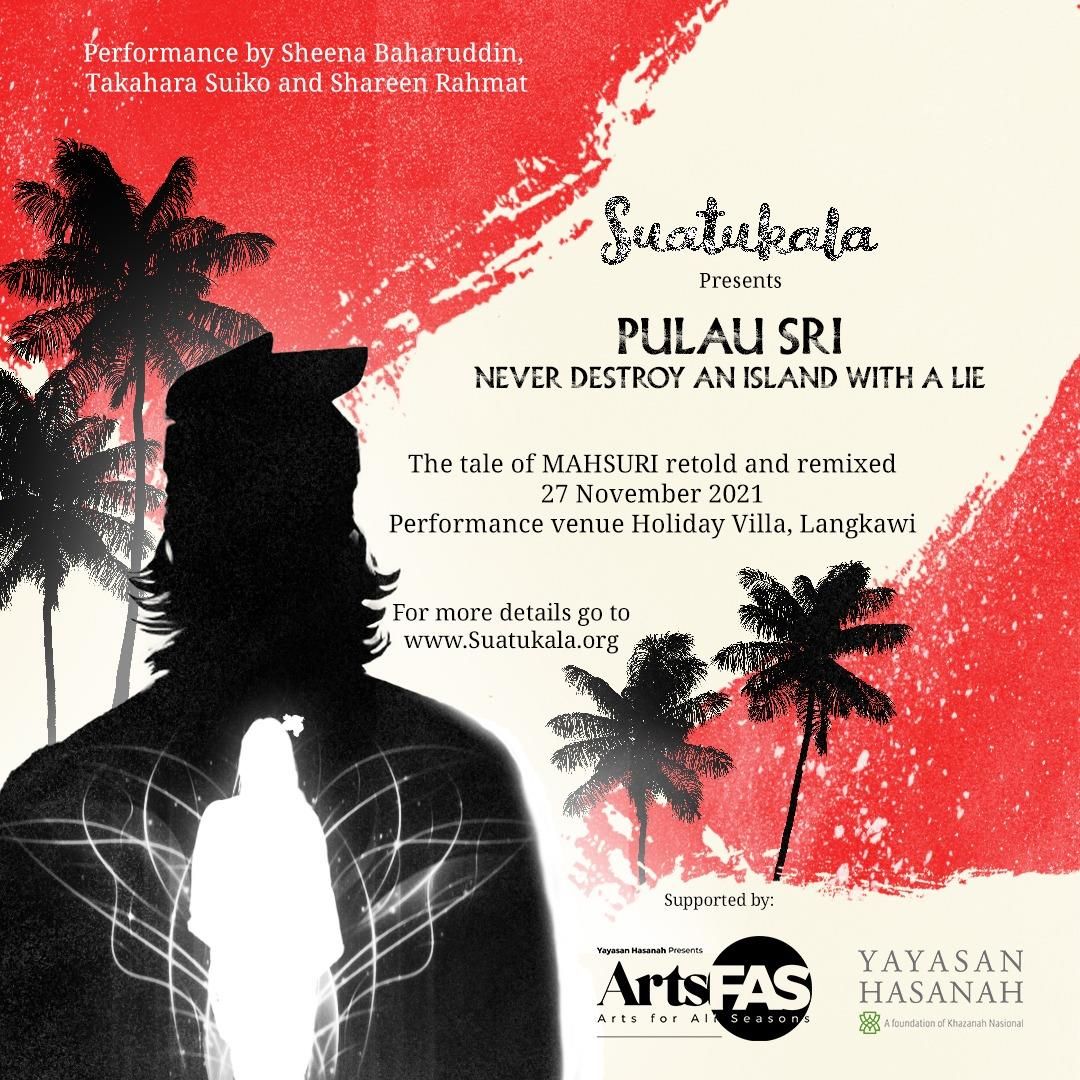 “You don’t know her side of the story, you just know the official line of this woman was accused of adultery.”

Karina added that the story explores beyond the traditional narrative and Pulau Sri’s way of revitalising it is by expanding the dialogue surrounding Mahsuri.

Sheena, who has been doing performance poetry for at least 10 years said the project pays homage to Mahsuri and Mek Mulung as well as brings back poetry which is an important storytelling tradition in Malaysia.

More importantly, the performance is a reminder that the wronged woman whose voice is silenced is a trope that isn’t exclusive to the past.

“It is so contemporary in the sense that we are hearing news about Ain and the whole making school a safer place,” said Sheena, referring to the 17-year-old student who called out her teacher for making rape jokes.

And then there’s the actor Fauzi Nawawi who made rape jokes on a talk show last week that outraged Malaysians.

“It’s insane that it’s a laughing matter ― the first thing that I said was if it were me, I am going to curse the country for seven generations.

“There’s a lot of anger and fury and I think that anger and desire to uphold the truth, I feel it isn’t difficult to contemporarise the story or make it modern because the story is universal,” Sheena said.

Supported by Yayasan Hasanah’s Arts for All Seasons programme, the live performance serves as a fundraiser for Suatukala’s ongoing initiatives to promote storytelling among Langkawi youth. (From left) Takahara, Sheena and Shareen Rahmat at the Holiday Villa Langkawi where the performance will be staged. ― Picture courtesy of Suatukala

The public can also donate a ticket to underprivileged youth and children on the island.

It’s one way to keep Langkawi’s legends alive and make them relevant to current and future generations.

“Giving our youth and children a chance to watch the show will expose them to the wonder of musical theatre.

“They are, after all, the keepers of Langkawi’s fables, so it is critical we encourage them to treasure their heritage from an early age and show them the different ways in which stories can be told,” Karina said.

For Takahara, who also plays the Penghulu in the project, the opportunity to explore musical theatre was too good to pass up and the musician is excited about injecting some contemporary elements into Mek Mulung music traditions.

“I’m looking at how I can retain the melodies in the original piece but also combine it with modern sounds like synths, bass and drums.

“I try to make it contemporary music-wise but also not hurt the narrative too much,” she said.

The show will be performed predominantly in English with some Northern Malay. 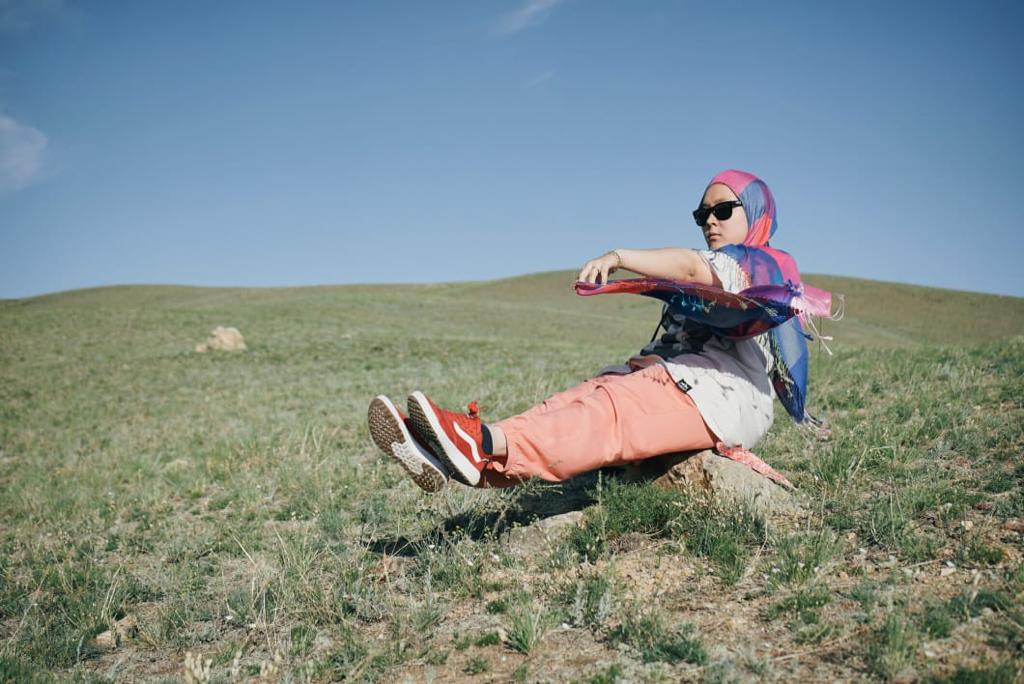 Pulau Sri is one of many activities scheduled to take place as part of Hari Mahsuri, a day dedicated to the woman behind the legend to keep her memory alive.

There will also be a fun run, creative market, music, storytelling and sand art on the itinerary.

Tickets can be purchased at RM95 each here.

Those who wish to donate tickets to underprivileged children and youth may purchase tickets from the site.

If you’re not in Langkawi and wish to catch the performance, Pulau Sri will be streamed free of charge on Suatukala’s Facebook page (@suatukala) at 8pm on December 8.

The streamed event includes a panel session with Sheena and Takahara.