Covid-19: 10 Malaysian and international celebrities who survived deadly virus in 2020

Various celebrities came down with Covid-19 this year, including Malaysian singer Alif Satar and American pop icon Madonna. — Pictures from Instagram/alifsatar and AFP
Follow us on Instagram, subscribe to our Telegram channel and browser alerts for the latest news you need to know.
By TAN MEI ZI

PETALING JAYA, Dec 29 — Covid-19 has made 2020 a year like no other with face masks, sanitising, and self-isolation becoming part of the new normal.

Celebrities were not spared from the ill effects of the pandemic either and many famous names made headlines after they tested positive for the disease.

Check out our round-up of 10 public figures who lived to tell the tale after coming down with Covid-19. 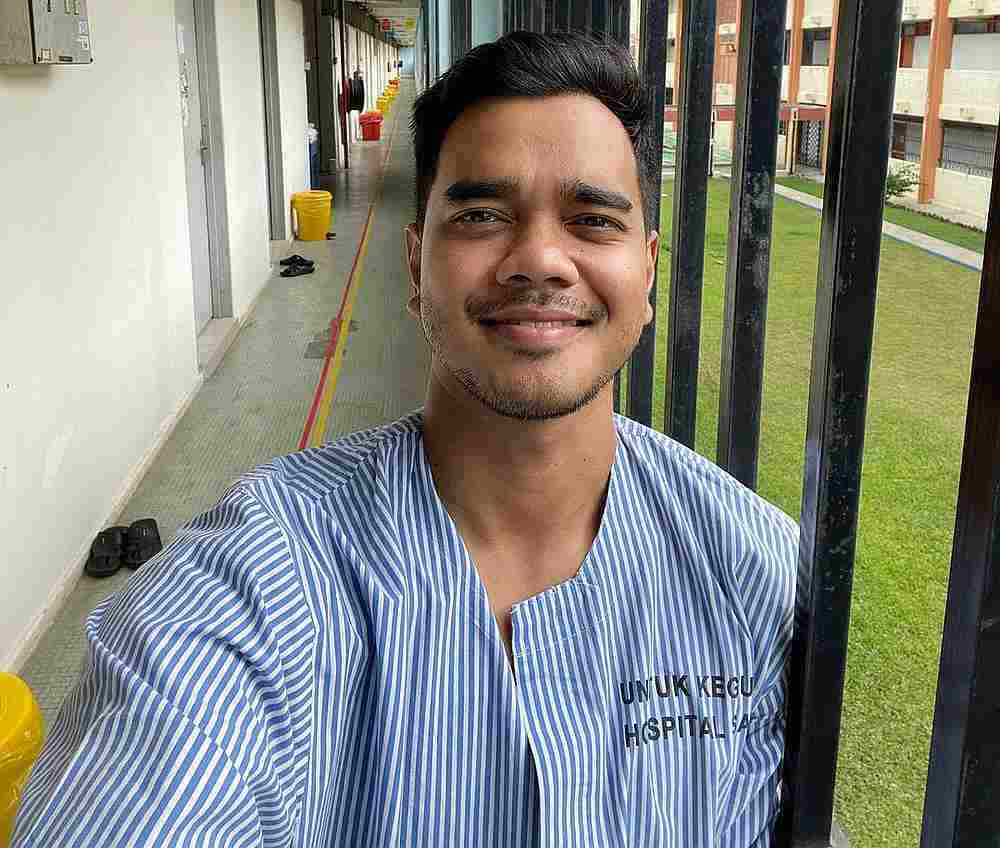 Malaysian singer Alif Satar was in the middle of filming a drama in Melaka last month when he received a call from his dad telling him that one of Alif’s close contacts had contracted Covid-19.

The 30-year-old immediately made a beeline to the hospital to get tested and was confirmed to be Covid-19 positive.

The Akhiri Penantianku artiste was declared free of Covid-19 on December 4 after 12 days of quarantine and treatment at the Melaka Hospital. 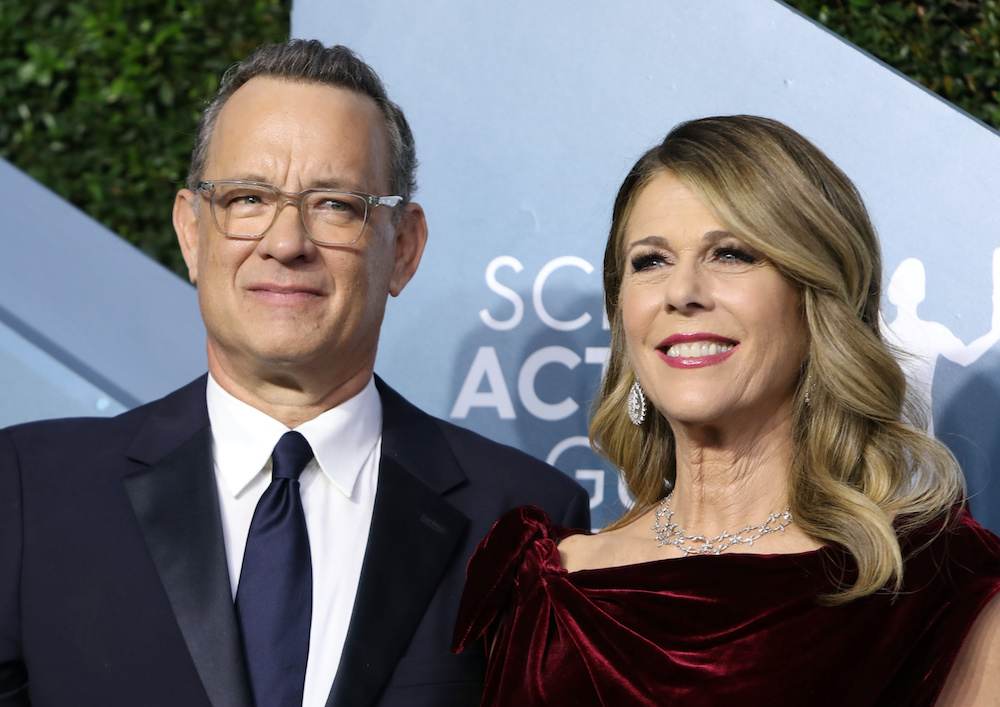 Tom Hanks and his wife, actress and singer Rita Wilson, revealed in March that they had tested positive for the coronavirus while in Australia for a film shoot. — Reuters pic

Hollywood star Tom Hanks and his wife Rita Wilson were two of the first A-list celebrities to test positive for the novel coronavirus back in March.

The couple came down with fevers and body aches in Australia where Hanks was filming an Elvis Presley biopic and received treatment at a hospital before going into self-quarantine.

After their recoveries, Hanks donated his plasma twice in the hopes that the antibodies he had formed would help others whose immune systems were not strong enough to combat the virus. 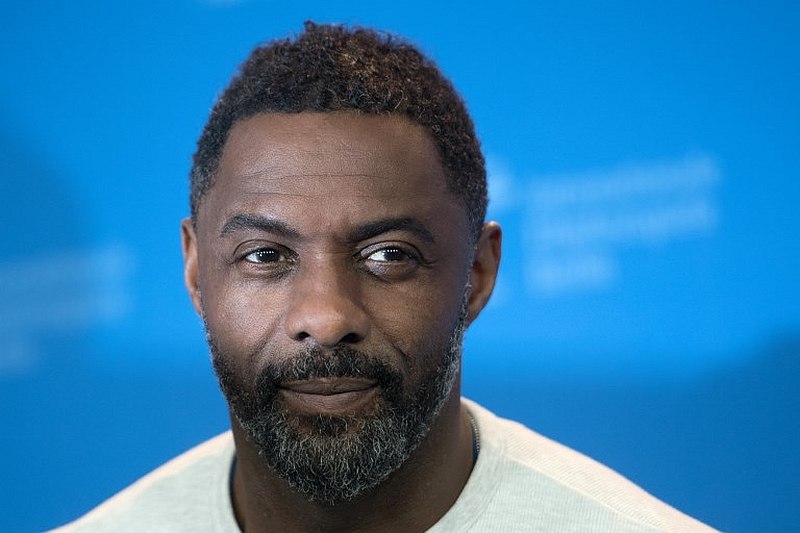 Elba was asymptomatic when he tested positive for the disease and was grateful to only experience mild symptoms as he recovered. — AFP pic

Idris Elba was in New Mexico filming his next movie The Harder They Fall when he tested positive for Covid-19 back in March.

His wife Sabrina Dhowre came down with the virus as well and while they only suffered mild symptoms, Elba told the BBC in April that he was “humbled and thankful to be alive.”

The couple then launched a United Nations fund to provide aid to farmers in rural areas in developing countries who were heavily impacted by the economic fallout of the Covid-19 pandemic. 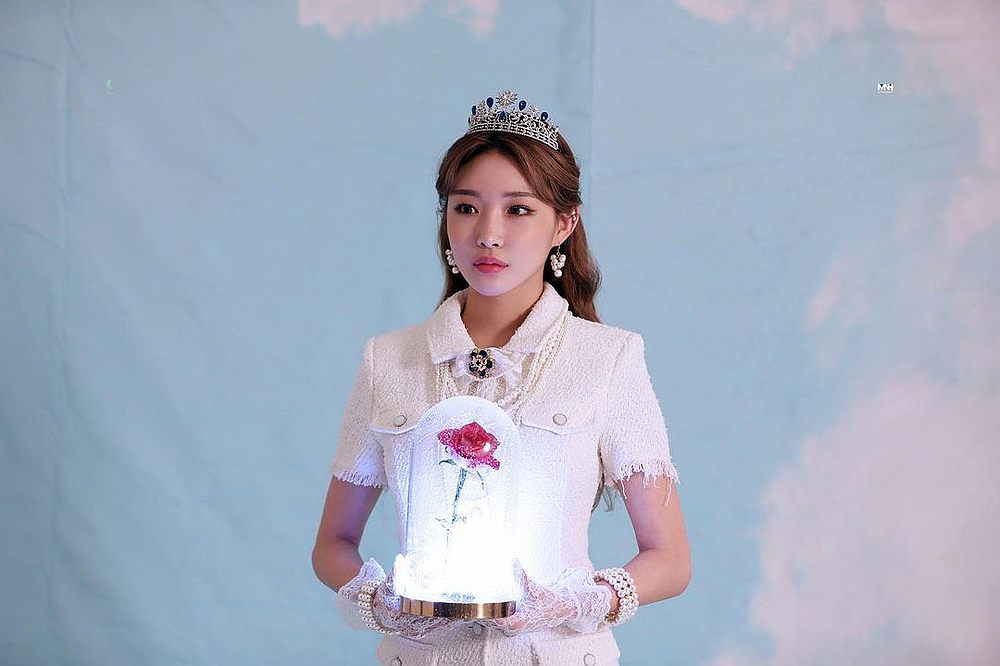 Chungha’s Covid-19 diagnosis brought her promotional schedule to a halt as she went into self-quarantine. — Picture from Instagram/chungha_official

Solo K-pop singer Chungha was announced to be Covid-19 positive on December 7 as South Korea saw a third wave of cases sweeping over the country.

The news came shortly after two members of boyband Up10tion and two members of girl group Everglow were infected with the virus, sparking concerns of a Covid-19 cluster within the K-pop industry.

Chungha’s label MNH Entertainment issued a statement saying that they had tested all staff members who had crossed paths with her and that they had disinfected the entire company building.

JYP Entertainment also stated that all members of the girl group Twice had undergone Covid-19 testing after member Sana was reported to have had dinner with Chungha before her diagnosis. 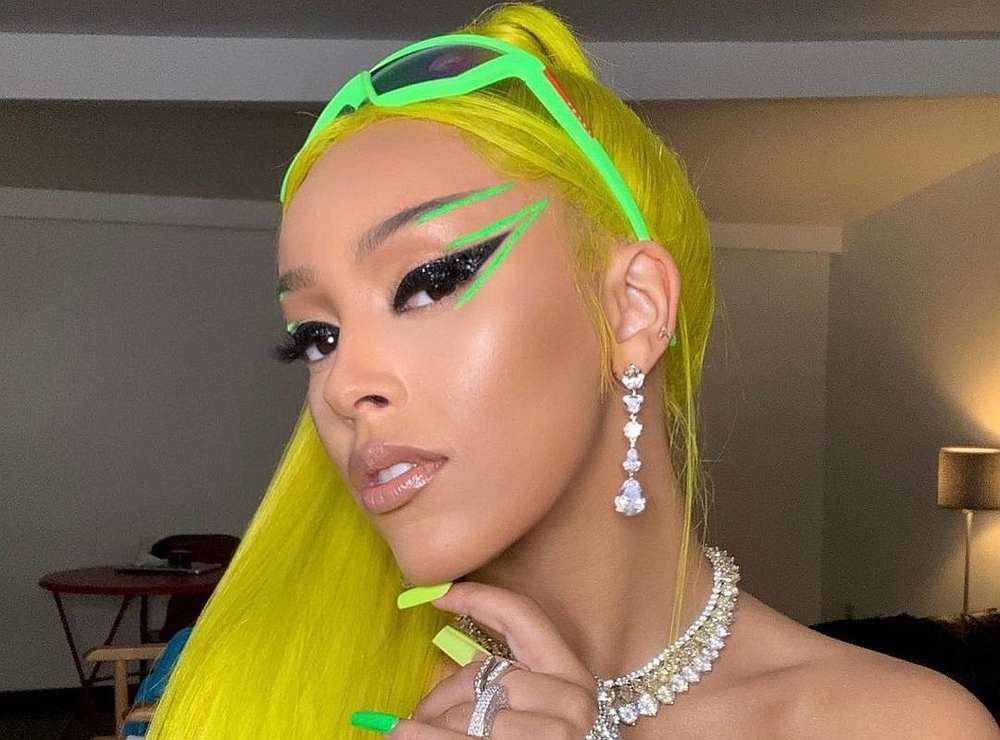 Doja Cat theorised that she caught the virus after receiving a food delivery order. — Picture from Instagram/dojacat

American singer Doja Cat revealed that she had contracted Covid-19 back in July, just months after she posted a controversial live video on her Instagram that labelled people who were afraid of the pandemic as “p*****s.”

She told hip-hop radio station Capital Xtra that she had a “four-day symptom freakout” some time after receiving a food delivery order via the app Postmates.

“I’m okay now. It was a four-day symptom freakout, but I’m fine now,” Doja was quoted as saying. 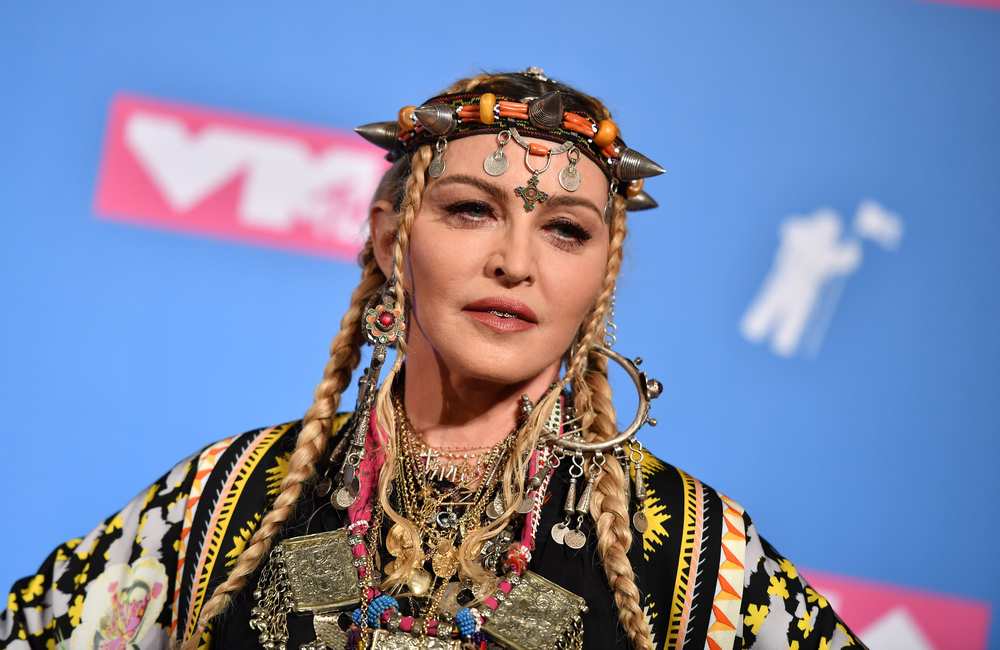 Madonna was in the middle of a world tour in France when she started feeling sick. — AFP pic

Pop queen Madonna said she tested positive for Covid-19 antibodies after coming down with what she initially thought was a “really bad flu.”

In an Instagram post in May, the 62-year-old Vogue singer said she started feeling sick during her Madame X world tour in Paris in February.

She was forced to cancel several planned shows after French authorities banned large gatherings in an effort to control the virus outbreak.

Madonna then donated US$1 million (RM4.05 million) to the Bill and Melinda Gates Foundation to fund its efforts to produce a Covid-19 vaccine. 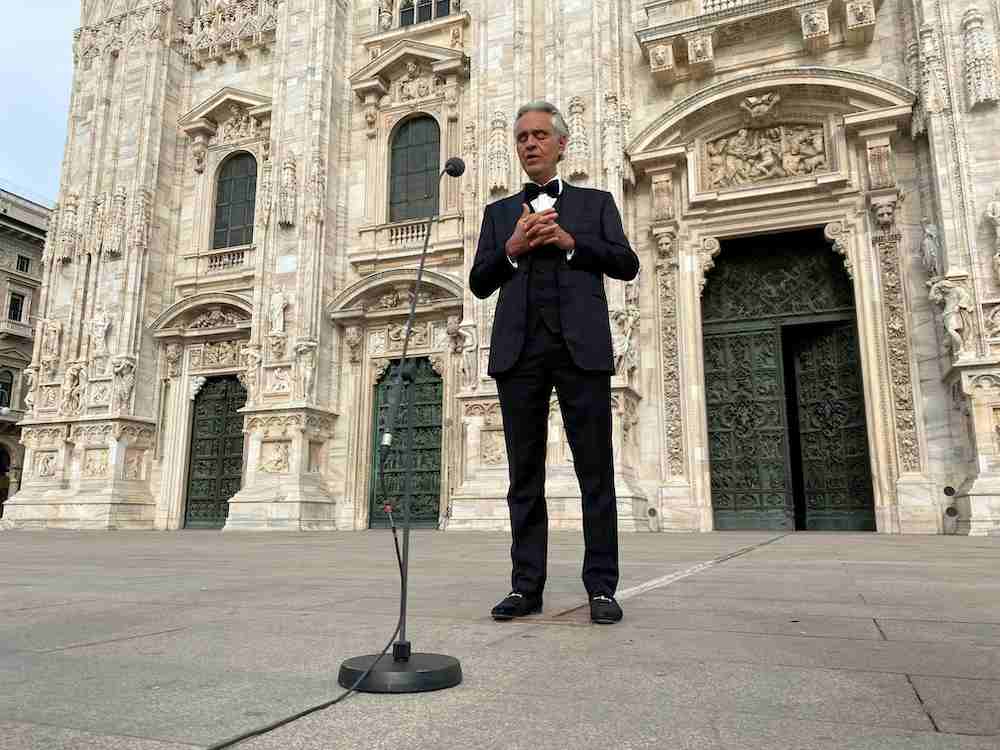 Andrea Bocelli raised spirits in Italy during the pandemic by singing alone in Milan’s Duomo on April 12. — Reuters pic

Renowned Italian opera singer Andrea Bocelli revealed that he and members of his family had fallen ill with Covid-19 in March but they initially kept the news a secret out of respect for those who suffered far more dire consequences due to the pandemic.

Bocelli then took to Facebook in May to talk about his experience of donating blood to help Covid-19 research efforts.

“We were fortunate enough to have a swift and full recovery by the end of March.

“Given the chance to donate blood to help find a cure for Covid, my response was an immediate ‘yes’,” wrote Bocelli. 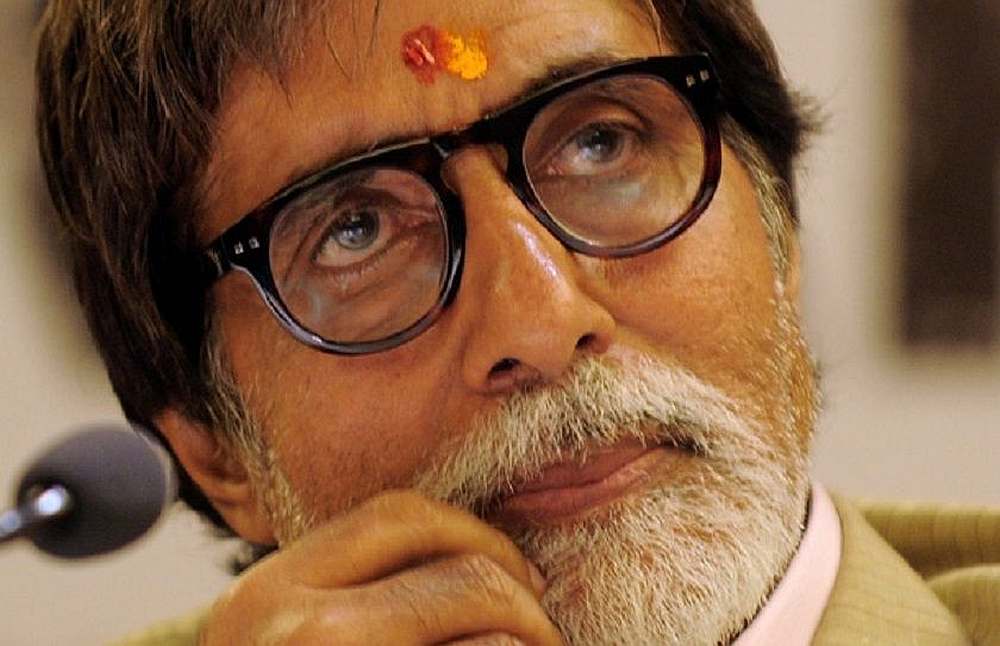 Amitabh received an outpouring of support online after news of his diagnosis was made public. — AFP pic

Bollywood superstar Amitabh Bachchan made headlines after he revealed that he was Covid-19 positive on Twitter in July.

His son and fellow actor Abhishek Bachchan also came down with the virus along with Amitabh's daughter-in-law Aishwarya Rai and his eight-year-old granddaughter Aaradhya.

“Earlier today, both my father and I tested positive for Covid-19. Both of us having mild symptoms have been admitted to hospital.

“We have informed all the required authorities and our family and staff are all being tested,” wrote Abhishek on Twitter. 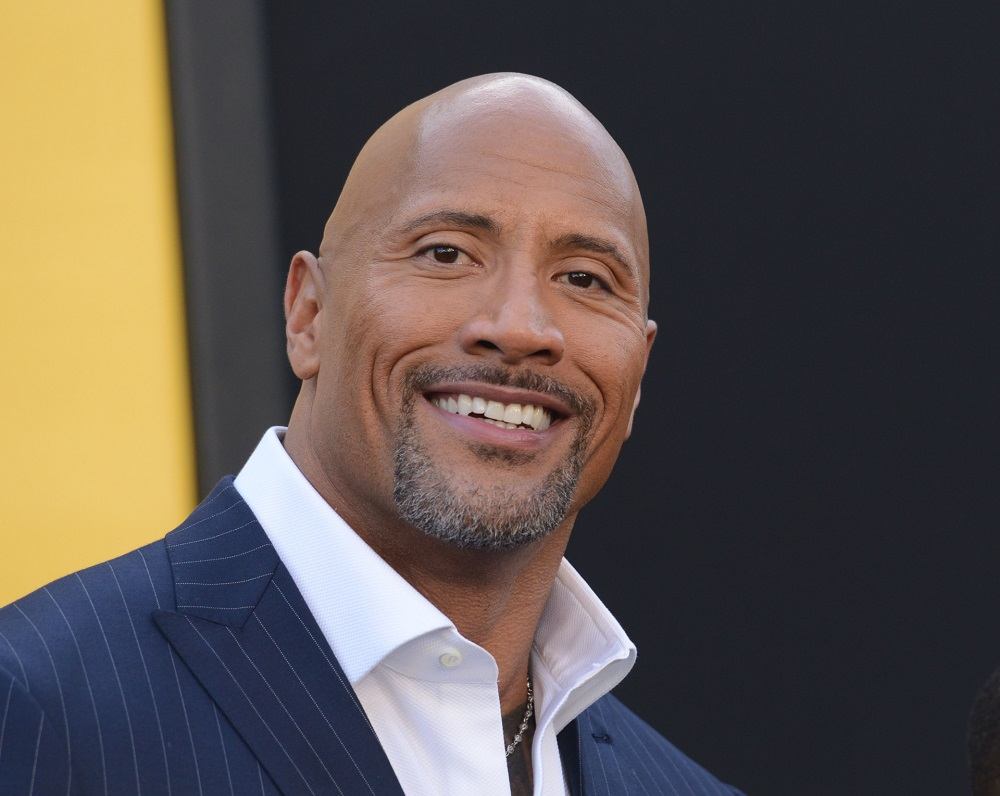 The wrestler turned movie star said overcoming Covid-19 was one of the most challenging things his family had to go through. — AFP pic

Even The Rock wasn’t safe from the grip of Covid-19 as actor Dwayne Johnson revealed that he, his wife, and two daughters tested positive for the virus over the summer.

Johnson posted an Instagram video detailing his experience with the disease, saying that while his daughters managed to bounce back fairly quickly, he and his wife Lauren Hashian “had a rough go” during the recovery process.

He also criticised the politicisation of mask-wearing in the United States and urged his fans to take the necessary precautions to prevent the spread of Covid-19.

“It baffles me that some people out there, including some politicians, will take this idea of wearing masks and make it part of a political agenda.

“It has nothing to do with politics. Wear your mask. It is a fact. And it is the right thing to do,” said Johnson. 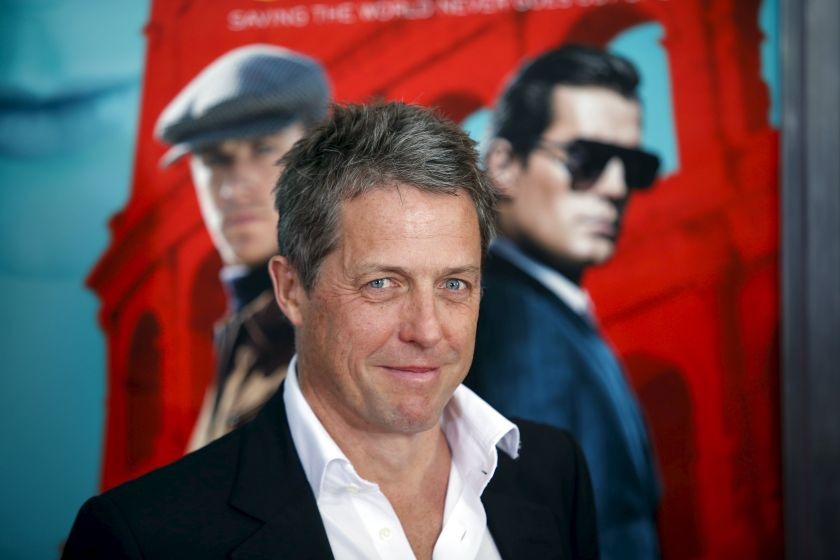 Grant went to great lengths to revive his sense of smell after he contracted Covid-19 earlier this year. — Reuters pic

Romantic comedy star Hugh Grant fell into a state of panic after losing his sense of smell, a hallmark sign of Covid-19, back in February.

The British heartthrob appeared on The Late Show with Stephen Colbert last month and said he sprayed his wife’s Chanel perfume in his face in a desperate attempt to revive his sense of smell.

“You know, you want to sniff strangers' armpits because you just can't smell anything.

“I eventually went home and I sprayed my wife's Chanel No. 5 directly into my face. Couldn't smell a thing but I did go blind,” said Grant.