MARCH 2 — As the PGA Tour’s Gold Standard, The Players Championship in March stands apart from the rest as it showcases the strongest field in golf competing on an iconic theatre regarded as the purest test in the game.

From the event’s inauguration in 1974 to moving to its permanent home at the Pete Dye-designed The Stadium Course at TPC Sawgrass in 1982, The Players has delivered countless of defining moments in the sport and careers of the game’s glory seekers that the brave-hearted and highly skilled have savoured the sweet taste of victory.

Over the past 47 years, great memories have filled the timeline at this great event, which every feat and achievement serve only as reminders that further distinguish the Tour’s flagship tournament.

Who can forget the year when 1982 Players champion, Jerry Pate lived up to his promise by shoving former Tour Commissioner Dean Beman and Dye into the lake hugging the 18th green or when Australian legend Greg Norman, aka the Great White Shark, devoured the elite field with his superiority in 1994 with a 72-hole tournament record of 24-under which has withstood the test of time.

And of course, there is the everlasting images of Hal Sutton in 2000 successfully staring down the one and only, Tiger Woods, whom at that point in time was in full flow in all his powers. Sutton sealed his place in history with the famous remark “Be the right club today” after he dispatched a glorious 6 iron from 179 yards to within eight feet of the pin on the 72nd hole which helped see off Woods for a one-shot victory.

Woods, who is recovering from a recent car accident, would create his own Players’ moment just a year later. During the third round, he stared at an impossible 60-foot birdie putt with a triple breaker at the treacherous par-3, 17th hole with the famous island green, which Mark Calcavecchia cheekily described as “… like having a 3 o'clock appointment for a root canal.”

As Woods willed his ball into the cup in typical Tiger-esque fashion for the most unlikeliest of birdies, NBC commentator Gary Koch memorialised his “Better than Most” commentary, not once but three times as the ball took a few suspenseful turns, and eventually disappeared in the cup. The American superstar went on to win the first of his two Players victory some 24 hours later.

Asian golf has savoured some of its very own defining moments in the history of The Players. In 2011, Korea’s KJ Choi, the man who coined the phrase “To be the best, you’ve got to play with the best”, reached the peak of his illustrious career with a play-off victory over David Toms to become the first ever Asian winner at TPC Sawgrass.

Choi, now 50, recalled an intuitive feeling from his caddie, Andy Prodger who told him after the third round: “I think you can’t go back to Korea this Sunday. I don’t know why but I just feel it”.

The Korean trailblazer calmly rolled in a three foot par putt on the first playoff hole on the 17th hole after Toms had missed from slightly further distance to seal his place in Players folklore. “I finally got to win The Players. Of my eight wins, I cried the most then. I was genuinely thrilled. I think all the players desire to win this championship. Becoming the first Asian and Korean player to win, I was proud and excited,” said Choi. 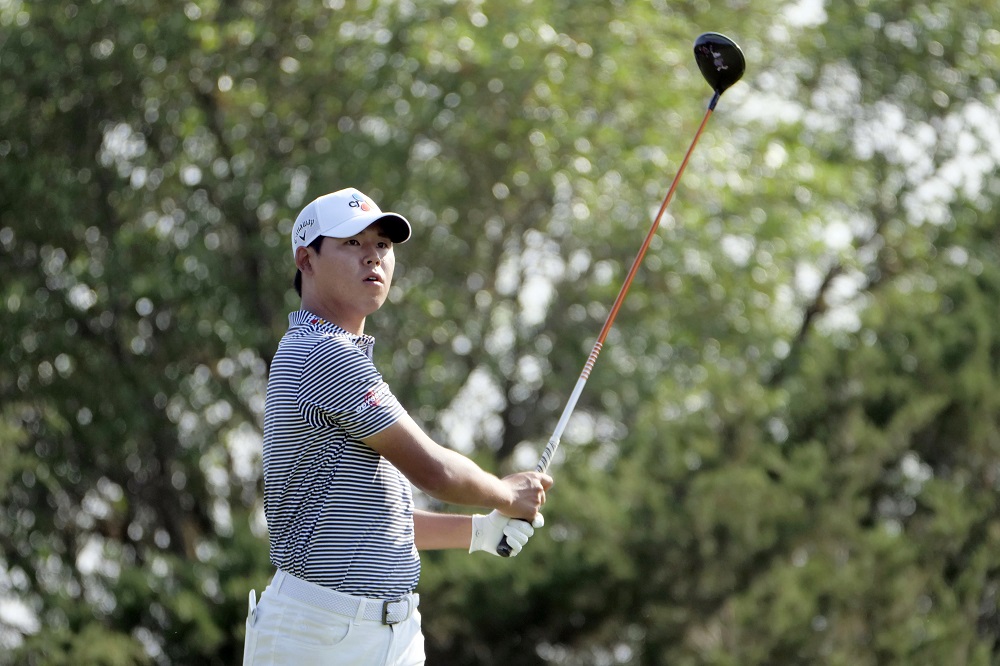 Kim Si-woo watches his drive on the 15th hole during the second round of the Valero Texas Open golf tournament in San Antonio April 5, 2019. — Reuters pic

As Asia’s most successful player on the PGA Tour to date, Choi has since inspired a new wave of talents to emerge, with youngster Kim Si-woo breaking out as a rising star. Battling back injury in the 2017 edition, Kim upset all odds to secure a stunning three-stroke win to become the youngest Players winner at age, 21. He was the only player in the final round to be bogey-free.

“It is very special. I feel The Players is a major tournament. When I played there for the first time, it was a very special feeling. KJ won as the first Korean and I had the victory next. It means a lot to me and I’m very proud of the youngest title, since it’s hard to do that at my age. Hopefully nobody will break my record. I want my name to be remembered,” said Kim.

Following a third career win at the recent The American Express, Kim will no doubt be one of Asia’s leading contenders at The Players this month. Others including Japan’s Hideki Matsuyama, who has two top-10s and three top-25s in six visits to TPC Sawgrass, the ultra-talented Sungjae Im of Korea, Chinese Taipei’s CT Pan and debutant Xinjun Zhang of China will also be chasing for a win.

Zhang, who lived in nearby Jacksonville and practiced regularly at TPC Sawgrass previously, cannot wait for his PLAYERS debut. He said: “I’ve been longing to play in The Players. I think if I can win the tournament, it will be a huge push towards China’s golf development.”

With two made cuts in as many appearances, Pan hopes to take advantage of The Stadium Course’s strategic design which does not favour any particular type of golfer. “The Players Championship is definitely the strongest tournament we have on Tour. Even when you compare it to the majors, if you look at the world ranking, we have 144 of the top ranked players in the world and it’s a very strong field. It’s a fair designed golf course and every player will have a chance to win.”

* Chuah Choo Chiang is senior director, International Marketing and Communications, APAC for the PGA TOUR and is based in Kuala Lumpur.