Monday, 15 Feb 2021 10:01 AM MYT By Player's Blog
Follow us on Instagram, subscribe to our Telegram channel and browser alerts for the latest news you need to know.
By Player's Blog

FEBRUARY 15 — Honoured. Delighted. Humbled. Determined. These are just a few of the emotions I am feeling after being named captain of the US Team for the 2022 Presidents Cup at Quail Hollow Club. As the news floats throughout the media, I am thrilled to finally be able to speak publicly and share my excitement with fans about this incredible opportunity.

When I received the letter from Tiger Woods (the 2019 Captain) that I would indeed get to captain the 2022 US Team in the city of Charlotte, a place which means so much to me, I was overwhelmed with emotion I can’t begin to put into words. To see it written on paper brought everything to life for me and solidified the reality of this next step in my career. My history with this event dating back to 1994 conjures up indelible memories of competition, camaraderie and sportsmanship, and I’m thrilled to be leading the top American players into Quail Hollow Club next September.

Tiger’s turn at the helm in Melbourne will go down as one of the most memorable and significant captaincies in Presidents Cup history. The US Team has been guided by some of the game’s all-time greats since ‘94, and I will do my best to carry on that legacy as we look to retain the Cup. Having a deep-rooted history in this tournament I can’t help but think back on some of those years. Serving as assistant captain to Freddie (Couples) in 2013 — what a legend. Assisting under the leadership of Jay Haas in 2015 — there is no more honourable man than Jay to learn from. And of course, Stricker in 2017 at Liberty National who led the team to a victory we’ll never forget.

The Carolinas mean so much to me and my family and it’s humbling to know that I will return to Charlotte in this new role. My history goes back to the beginning, having been born in Charlotte and going on to play college golf at the University of North Carolina — Chapel Hill. I think there were some awards won during that time but I’m not one to gloat... (three-time All-America selection and six collegiate titles, including the 1984 ACC Championship). Our family still gets back to visit friends and family any chance we can, especially for sporting events. The Queen City has certainly developed into a sporting mecca of the south and the Presidents Cup will only elevate that identity. 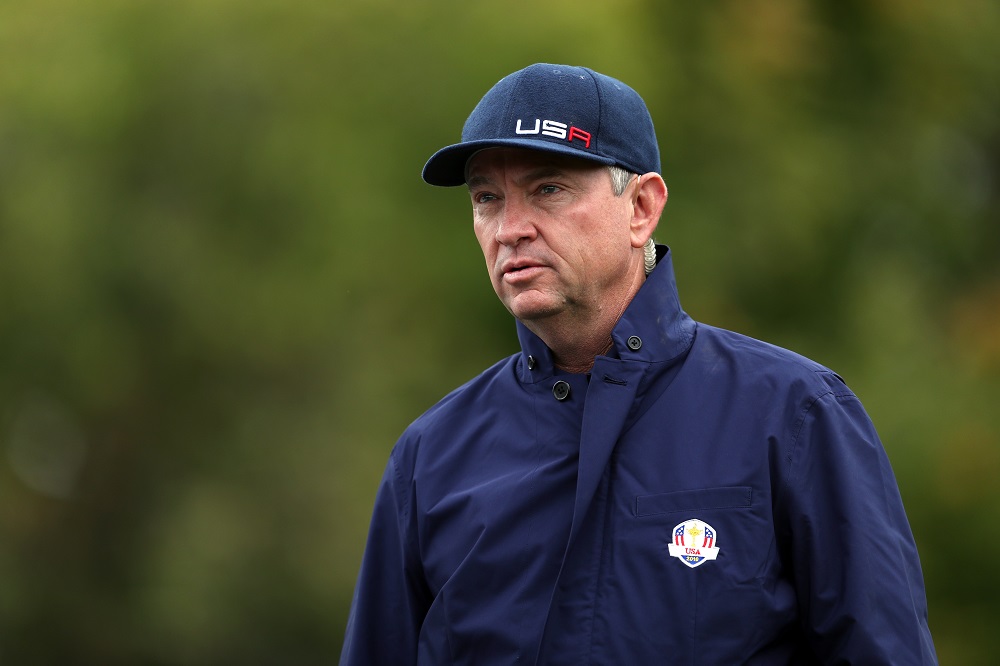 Davis Love III has been named captain of the United States Team for the 2022 Presidents Cup. — Reuters pic

Over the years, Quail Hollow has undergone a series of improvements since its original design by George Cobb in 1961, making it one of the best tests of golf we see all year on the PGA TOUR. It will be a perfect venue for a match-play event given the variation of challenges it presents, underscored by the Green Mile which will undoubtedly offer a constant challenge at the most critical stretch of every match. Players will take on a number of risk-reward shots throughout the week, presenting an exciting environment for fans onsite and watching around the world.

Despite an additional year imposed on us due to Covid-19, I am grateful for the time it will allow us to prepare further. Between the established, top-ranked talent we have like World No. 1 Dustin Johnson, 2017 FedExCup champion Justin Thomas, Patrick Reed, Webb Simpson, etc., coupled with the young talent emerging on Tour, I look forward to watching the 2022 US Team develop. The upcoming Wells Fargo Championship at Quail Hollow in May will be the perfect opportunity for us to catch a glimpse into what could be.

With just under two years to prepare, one priority that stands out to me is the desire to build an event atmosphere everyone can take immense pride in while showcasing this region to sports fans around the world. Although we will be going to head-to-head, I know International Team captain Trevor Immelman will work alongside me to achieve that.

* Davis Love III is a 21-time winner and a World Golf Hall of Fame inductee. You can watch him and the PGA TOUR in Malaysia on Astro Golf Channel and GOLFTV powered by PGA TOUR.