Chinese medicine halls like this one in Jalan Petaling, Kuala Lumpur, will not be allowed to sell alcohol from October 31, 2021. — Picture by Shafwan Zaidon
Follow us on Instagram, subscribe to our Telegram channel and browser alerts for the latest news you need to know.
By YISWAREE PALANSAMY AND SOO WERN JUN

KUALA LUMPUR, Oct 3 — Kuala Lumpur City Hall’s (DBKL) latest announcement that the ban on sale of alcohol by grocery and convenience stores as well as Chinese medicine halls will now start on October 31 instead of October 1 was met with indifference by the affected store owners.

They said the deferment is not going to help their earnings, given the already gloomy business climate due to the Covid-19 pandemic. Policy flip-flops hurt more, they added.

“No point. Just one month. Next month you cannot sell, this month you can sell liquor. No point,” said Low Pak Koon, 70 who runs a traditional Chinese medicine hall in Petaling Street, adding that the latest move by DBKL justified his decision to not sell alcohol.

He explained that some branded liquor brands which many traditional Chinese medicine halls usually sell are not as in demand as they used to be, compared to wine and beer which are more saleable. Low Pak Koon, 70, said a one-month deferment of the ban is pointless. — Picture by Shafwan Zaidon

Low urged DBKL to not frame the policy from a religious viewpoint, and to be more practical, adding that it also concerns tax collection.

“Like cigarettes too, it’s very high,” he said, referring to the tax on cigarettes.

Ng Chee Yat, 65, who also runs a similar business on the same road, shared Low’s sentiments, though he does not drink nor sell alcohol.

He said that the number of Chinese medicine halls selling liquor and alcohol, however, are not as many now, adding that policies like the recent one need to be carefully thought out.

“This one is actually very disturbing for any business. There needs to be a very steady policy and don’t just change. It’s very, very disturbing,” Ng said, adding that though the policy does not disrupt his operations, the flip-flop nature when it comes to devising important policies affecting traders like him is disruptive. 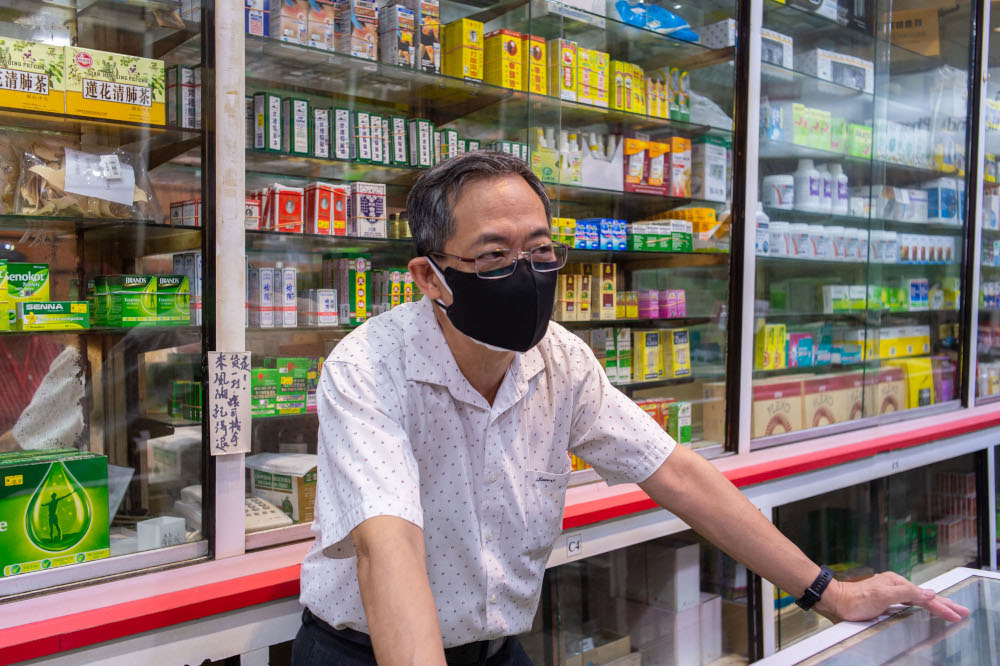 Ng said that the policy would affect “legacy” traditional Chinese medicine halls and not more modern ones.

“I think the majority of them, the business, has already shifted away from alcohol,” he added.

Another Chinese medicine hall worker, who preferred not to be named, told Malay Mail that his rice wine wholesaler had also stopped selling to the store.

He uses the rice wine to prepare some of the traditional medicinal herbs.

“If it’s like this, the government would also lose money. They lose on the percentage of alcohol tax. Such a silly move!

“Earlier this year, my wholesaler said he does not want to supply any more.

He said that he was just selling the rice wine he has in stock now before discontinuing.

“Because of the government and well rightfully so, because later if they come to inspect and it’s here, there will be a penalty. May have to go to court since this item cannot be sold,” he added.

Beverages containing alcohol are placed in a separate shelf away from other regular drinks at Kedai Runcit, Ubat dan Arak Yee Hong in Sentul. — Picture by Firdaus Latif

This comes even as the Kuala Lumpur and Selangor Chinese Assembly Hall (KLSCAH) warned that restricting liquor sales at convenience stores will hurt small businesses still reeling from the pandemic restrictions.

DBKL was heavily criticised for the policy by critics who called the new proposed regulation an infringement on minority rights.

Beer will still be allowed to be sold although only between 7am to 9pm, and placed away from other beverages.

The ruling also states that businesses in front of police stations, places of worship, schools and hospitals cannot sell alcohol.

DBKL had previously, in June last year, announced a freeze on all new applications for licences to sell alcohol with immediate effect.

As for Kedai Runcit, Ubat dan Arak Yee Hong’s owner Cheung, the ban on sales of alcohol will definitely dent his business income.

Even before the ban was announced, Cheung said the authorities had insisted that he separated alcoholic beverages from other drinks in his Sentul shop.

“What is the logic behind this regulation? What purpose does it serve? We don’t sell alcoholic beverages to Muslims, we are very strict about that,” said Cheung.

He also asked why the authorities are introducing so many regulations which are hampering daily business operations.

“We have been in business for the last 20 years, and even after they increased the price for licence application, we still continued to sell beverages which contained alcohol, as some were used for medicinal purposes. Tell me, how are we supposed to survive after this?”

He added that running the business today required many separate licences, compared to before where he only had to obtain one licence.

“Everything we sell needs a different licence. It is tough to run a business these days,” he said. 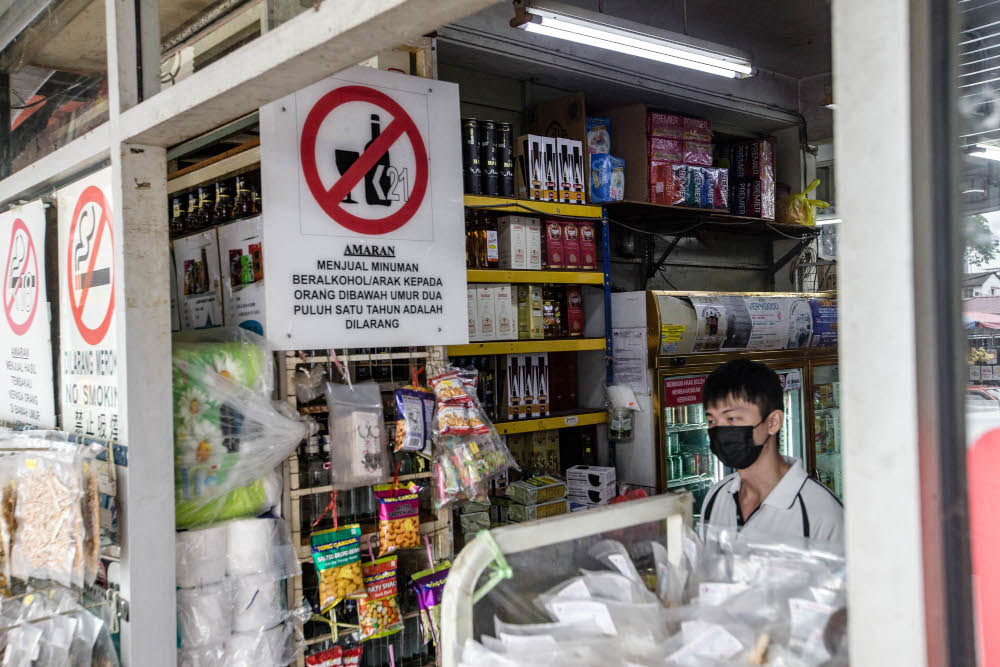 A shop assistant at Kedai Runcit & Ubat Dong Ann in Wangsa Maju said without the sales of liquor or alcoholic beverages, the store will lose about 20 per cent of their revenue each month.

“That’s a rough calculation, and I can foresee more losses,” he added.

At Kedai Ubat Yuan An in Taman Melawati, another shop assistant said they stopped selling alcohol as it was a complicated process to apply for a licence to sell liquor and alcoholic beverages.

“We previously did sell these items but when they required us to apply for a separate licence, it became a hassle.

“We prefer not to sell these items anymore. I find that we have more peace of mind, instead of worrying that we’d be fined for violating any rules and regulations,” he added.