Police: Jog only within your own neighbourhood or face fines for going beyond the boundary during ‘total lockdown’

A man jogs during the movement control order in Kuala Lumpur city centre June 2, 2021. — Picture by Ahmad Zamzahuri
Follow us on Instagram, subscribe to our Telegram channel and browser alerts for the latest news you need to know.
By KENNETH TEE

KUALA LUMPUR, June 7 — Joggers are only allowed to move within their residential neighbourhood during the total lockdown phase of the movement control order, a senior police official said today.

Those caught jogging beyond the boundaries of this residential neighbourhood will be fined, Ampang Jaya police chief Assistant Commissioner Mohamad Farouk Eshak said.

“If the residential address is beyond the neighbourhood or residential area, then an offence has been committed and legal action can be taken under Regulation 17 of the Prevention and Control of Infectious Diseases (Measures within Infected Local Areas) (No. 2) 2021,” he said in a statement here.

He added that enforcement officers have been authorised to ask members of the public to show proof they live in a particular area, including checking their identification cards.

Mohamad Farouk was responding to a jogger here who uploaded on Twitter a photo of his RM1,500 fine issued by the police for jogging in Taman Tar, Ampang located several kilometres away from his residential area. The post has since been taken down.

The senior policeman added that fines had been issued to eight joggers who were caught exercising outside the boundaries of their residential areas during a police spot check at the Taman Tar jogging track around 5.45pm on June 6.

Separately, Mohamad Farouk also said police are investigating a Facebook account and its owner for posting accusatory statements towards the police officer who issued the fines.

“Following that, a police report was lodged by the complainant who is the officer who issued the fine during the incident.

“The complainant adds that he read about the baseless accusations thrown against him specifically which had invited negative public perception,” Mohamad Farouk said.

The National Security Council has issued a list of SOPs and allowed jogging and certain non-contact sports activities that can be done solo in an open area subject to conditions.

One of them is that there must be a physical distance of two to three metres from the next person. Another is that these activities are confined to the boundaries of one’s residential area. 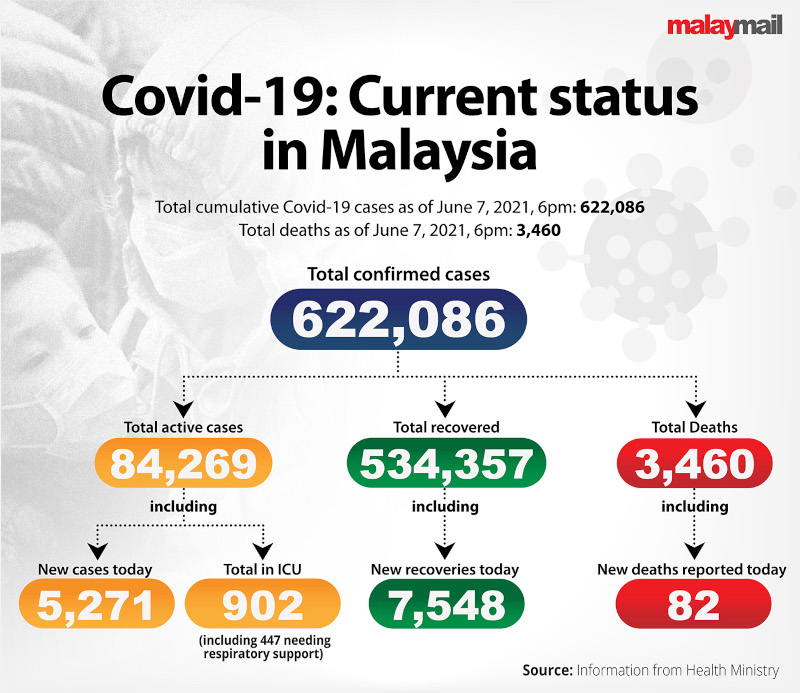