He said among the offences which led to their arrests included not wearing face masks, failure to observe social distancing, failure to prepare instruments to record details, recreational centre activities, among others.

“Meanwhile Ops Benteng, under the auspices of the Armed Forces, the police, the Maritime Enforcement Agency, the Immigration Department, the Customs Department, the Border Control Agency, and others, arrested 12 undocumented migrants and two middlemen yesterday.

“Also confiscated were two land vehicles. 298 roadblocks were conducted to prevent the entry of undocumented migrants via ratlines and to secure the nation’s borders,” Ismail said.

On mandatory quarantining, approximately 58,365 individuals have returned to Malaysia via international entry points from July 24 until yesterday. They were placed in 63 hotels and 18 other premises including public training institutes and private education institutes in KL, Selangor, Negri Sembilan, Penang, Johor, Sarawak, Kelantan, Perak, Kedah, Perlis, Terengganu, Sabah, and Labuan.

“Of this number 9,960 are currently undergoing mandatory quarantine while 381 have been sent to hospitals for further treatment. Approximately 48,024 have since been discharged and sent home. 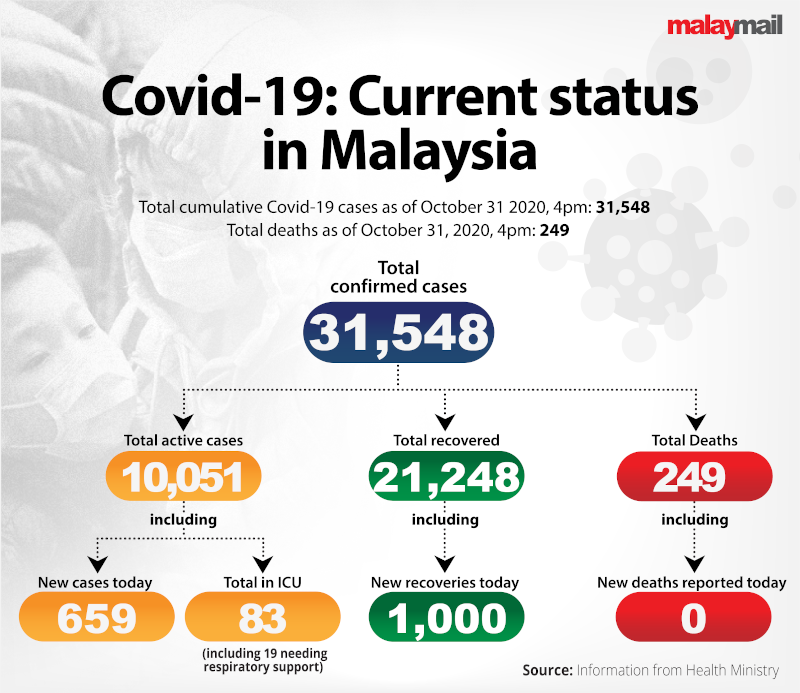