KUALA LUMPUR, April 13 — The Health Ministry said today it has detected two new Covid-19 sub-clusters in Kuantan, Pahang linked to an index patient with a travel history to Bali, Indonesia.

“As of today, 20 patients have been positively identified with 14 currently receiving treatment at Hospital Tengku Ampuan Afzan and three in the Intensive Care Unit,” he said in his daily Covid-19 press briefing.

On other known clusters, Dr Noor Hisham said the Sri Petaling tabligh cluster comprising 40 per cent of 25 known clusters and sub clusters still remained the largest in the country.

“A total of 23,915 samples were collected whereby 1,850 returned positive that is equivalent to 38 per cent of the total cases detected. A total of 1,861 cases have been admitted to hospital to date,” he said.

On the imported case from Italy in Kuching, Sarawak, Dr Noor Hisham said the cluster registered five additional cases yesterday to a total of 50 cases.

As for Menara City One in Jalan Mushi Abdullah placed under an Enhanced movement control order (EMCO), a total of eight Covid-19 cases were registered yesterday, bringing the total of known cases to 39.

“Selangor Mansion has a total of 82 positive cases, an increase of seven new cases. As for Malayan Mansion, there are four cases to date, no new cases today,” he added.

Both Selangor Mansion and Malayan Mansion were placed under an EMCO after 15 cases were detected in the vicinity as of April 6.

The EMCO for these two buildings involve 6,000 residents in 365 residential and commercial units. 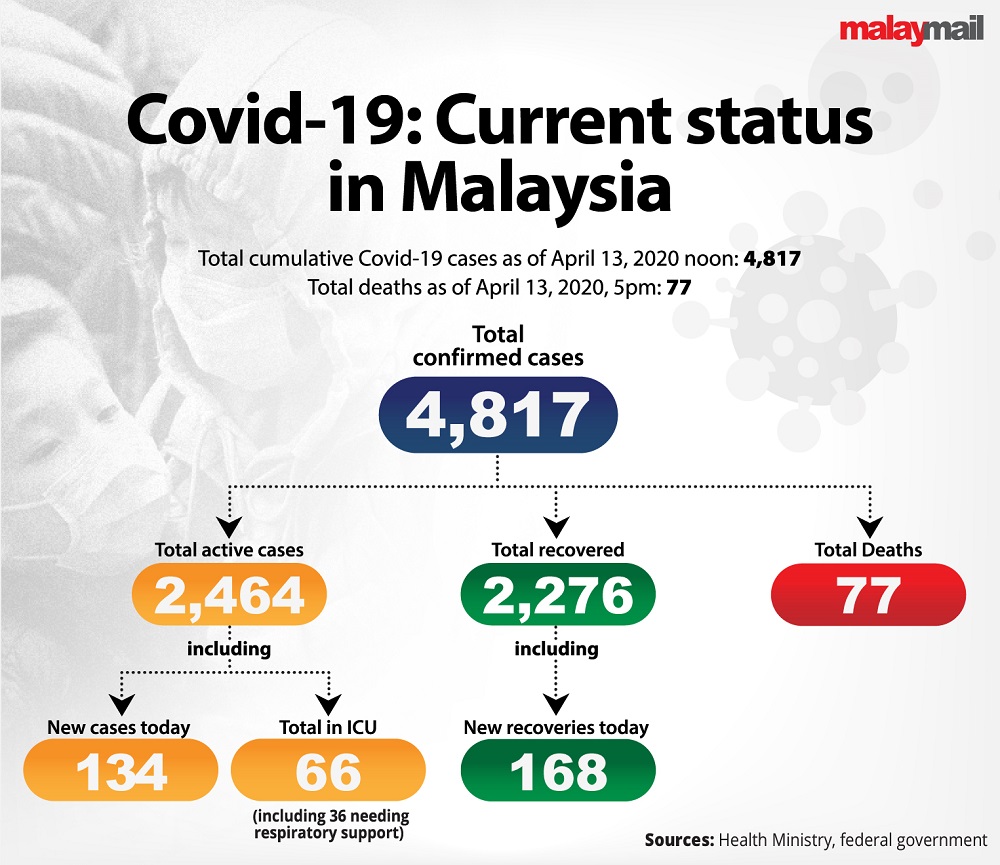