The Prime Minister’s Office announced Tan Sri Idrus Harun’s appointment as the new attorney general today. ― Picture by Azinuddin Ghazali
Follow us on Instagram, subscribe to our Telegram channel and browser alerts for the latest news you need to know.
By YISWAREE PALANSAMY

“In accordance with Clause (1) of Article 145 of the Federal Constitution, Seri Paduka Baginda Yang di-Pertuan Agong also approved the appointment of YA Tan Sri Idrus Harun, the Federal Court judge as the new Attorney General for a two-year term effective from March 6, 2020,” the statement read.

The Kedah native was born in 1955, and holds a law degree from Universiti Malaya (UM). He was a deputy draughtsman for Parliament, at the Attorney General’s Chambers (AGC).

Idrus later served as senior assistant registrar at the Kuala Lumpur High Court, and as a Sessions Court judge in Kota Kinabalu, Sabah.

Idrus also served as the solicitor general in 2006 till 2014, after which he was appointed as a Court of Appeal (COA) judge.

In its statement today, the PMO said that the Yang di-Pertuan Agong had, in accordance with Clause (5) of Article 145 of the Federal Constitution, also consented to Thomas’ application to shorten his tenure as the AG, effective February 28, 2020.

“The government is grateful to YBhg Tan Sri Tommy Thomas for his service to the country during his tenure as the attorney general,” the statement read.

On Wednesday, Thomas reportedly said that the reason for his resignation just months before the end of his two-year contract in June was due to the political change in Putrajaya.

He said his decision was in line with tradition in the UK and other mature democracies.

Thomas’ appointment by Dr Mahathir had taken many by surprise after Pakatan Harapan (PH) had won the 2018 general election.

The appointment of a non-Malay and a non-civil servant as AG was considered to be a break from convention.

From the start, Thomas’ position was challenged by Umno, PAS and Malay NGOs who were uncomfortable with his position.

After stepping down, he said he wants to take a break but is grateful to Dr Mahathir for giving him the privilege of serving Malaysia. 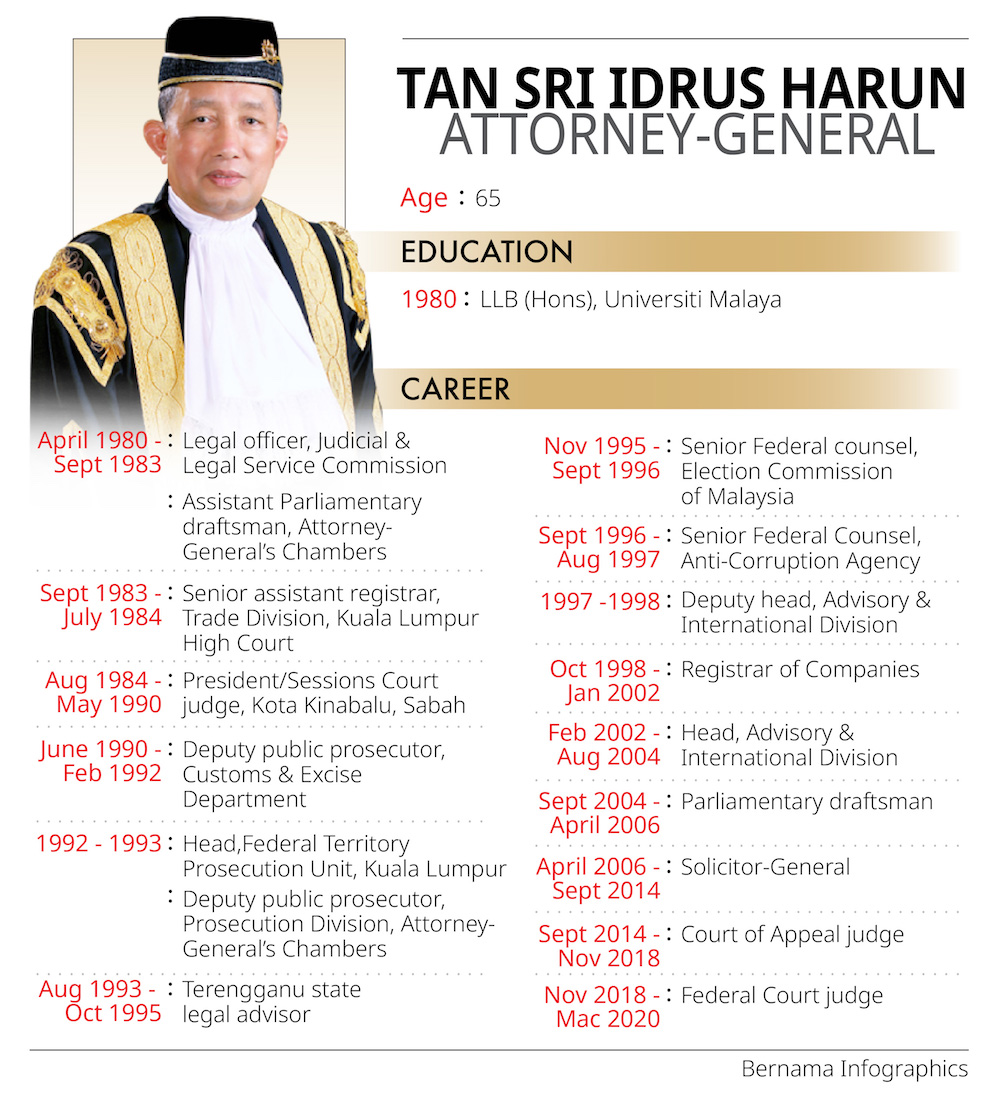