‘We all died with her’, says Altantuya’s father

During testimony today, a teary-eyed Shariibuu Setev recalled that the family had “fallen apart” since her death.

“Since her death, my family has fallen apart. I feel like we all died with her.

“All her responsibilities fell upon my shoulders. Soon after this incident, I have taken care of both of her children,” he revealed to the court today.

Altantuya, who was killed in 2006 by former police commandos Chief Inspector Azilah Hadri and Corporal Sirul Azhar Umar, was survived by two sons.

Both of Altantuya’s parents Shaariibuu and Altantsetseg Sanjaa, and her two sons had on June 4, 2007 filed a civil lawsuit to claim compensation of RM100 million from the Malaysian government.

One of them is aged 20, but the other — Altanshagai Munkhtulga — died at age 15 from medical complications in 2017.

Altantuya’s death was also financially devastating as she was the family’s main breadwinner, he said.

“She cared for them fully. She was a good mother. At the time they were aged ten and three. The younger boy was born with medical complications. He was mentally alert but had physical impairment,” he said.

Shariibuu added that Altantuya’s death has left her children in emotional distress, especially her oldest son.

“He was very affected by this and at our age, it has not been easy for my wife and I to handle him. With the loss of his younger brother, the situation has now become worse.

“We have tried to relocate him so that he is able to start anew but we have not been able to do so thus far,” he said.

Shariibuu then explained that his suit was motivated purely by a desire to see justice for his murdered daughter.

Earlier today, he also alleged that a former Malaysian envoy to Mongolia had attempted to solicit the country’s authorities help to quash rumours about the murder.

He said that he had furnished the person with Altantuya’s flight records and bank documents, but did not know what became of these later. 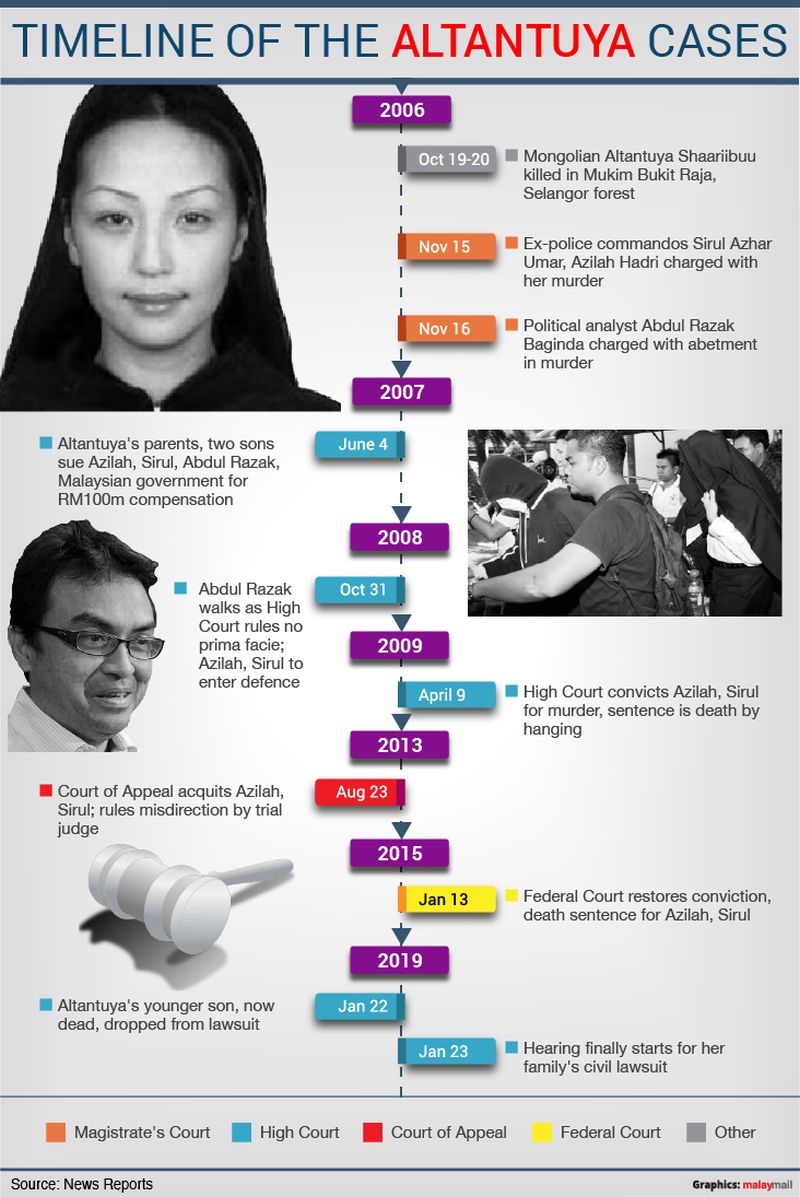