Dr Wan Azizah: Anwar could be freed in days

“The Agong wants the pardon to happen as soon as possible,” Dr Wan Azizah told reporters outside a hospital where she had gone to visit Anwar.

“If the director of prisons is satisfied ... then he may be released in two to three days. Freedom is easier (than getting a pardon).”

Anwar has served about three years of a five-year jail term for sodomy, which is a crime in Malaysia.

Tun Dr Mahathir Mohamad, who was sworn in as prime minister yesterday, has said he will step down and allow Anwar to take his post after he is pardoned and able to return to politics. — Reuters 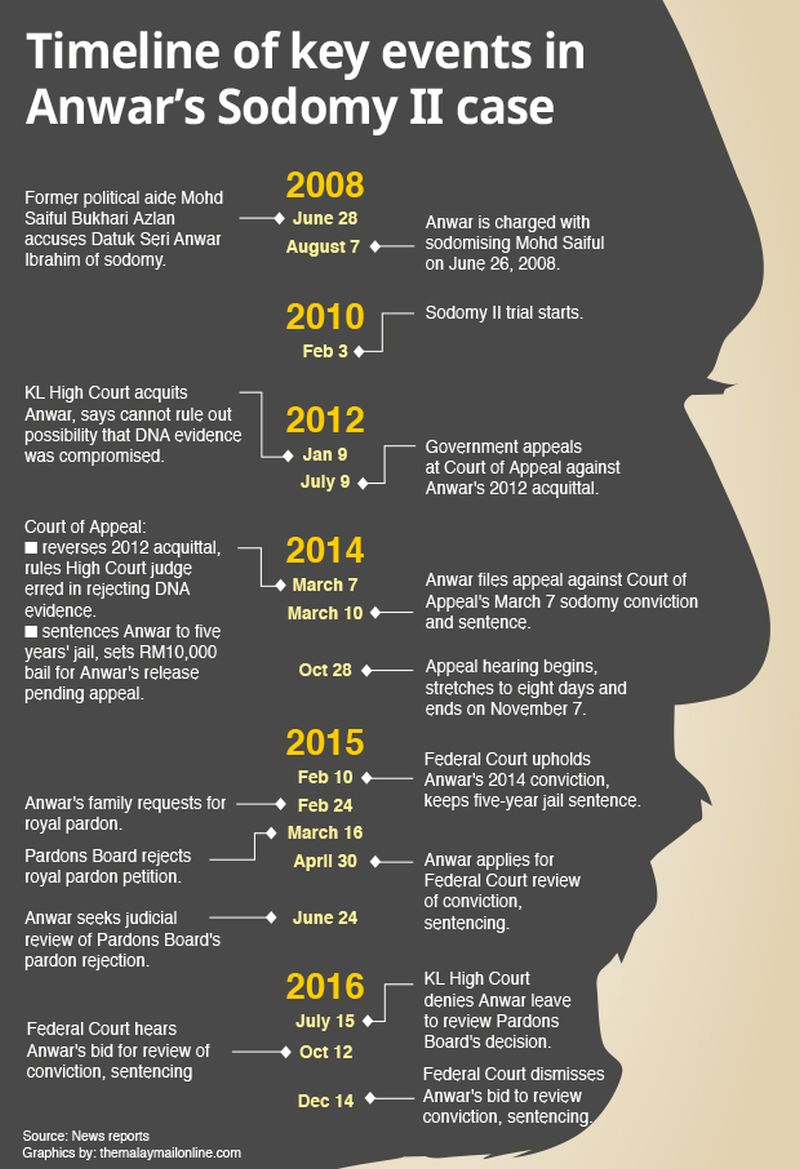