Economist: Use BR1M data, bring back fuel subsidy for B40 income group

PUTRAJAYA, Nov 9 ― Putrajaya should restore fuel subsidies in a targeted manner and give it out only to the low-income households in the B40 group by using data from the BR1M federal cash aid programme, an economist said today.

Manokaran Mottain, Alliance Bank’s chief economist, noted that the cost of living for Malaysians is rising fast due to factors such as the Goods and Service Tax (GST) and fuel pump prices ― with subsidies for the latter scrapped by the government.

“So you need at least for the low-income group, people like the B40, a kind of mechanism whereby the government gives 50 litres of petrol at subsidised rate. Maybe about 20 per cent lower than the pump price,” he said at the Rehda Institute CEO Series 2017 regional conference today.

He said this meant that the B40 group would benefit from the BR1M and around RM100 to RM160 worth of petrol subsidy.

This should be easy to implement as the government would have “wonderful statistics” from the BR1M programme ― which Malaysians have to register for ― on the income of citizens, he said.

Ram Rating Services Berhad’s Thong Mun Wai, who was moderating the panel discussion that Manokaran was in, then asked whether the federal government could afford to fund such a subsidy when it was trying to cut down on its budget deficit.

Manokaran indicated that tax revenue collected through the GST could be funnelled back to give low-income earners cheaper fuel.

“So I would say, you have got GST which is about RM42 billion, just give back some to the public.

“So in this case, I think at one time you used to give subsidy equivalent to about RM30 billion to RM40 billion. So even if we bring back the targeted subsidy, not much you will be spending on that,” he replied.

Earlier in his presentation, Manokaran said he is predicting a relatively conservative economic growth rate for Malaysia, owing to private consumption growth still being affected by factors such as the GST.

“To me, GST, yes it is good, it generates revenue for the government, but you must also look at the amount of rate that has been introduced ― six per cent. It’s something that is too much, people can’t digest,” he said.

He also noted other factors such as the decline in the ringgit’s value and the rise in inflation at around three per cent, coupled with an income growth rate of only around two to three per cent.

RON95 and RON97 petrol went up this week by six sen and seven sen respectively to RM2.31 per litre and RM2.60 per litre ― reportedly the highest since the weekly fuel pump price system was introduced in late March.

Diesel at fuel stations went up by three sen to RM2.20 per litre, reportedly the second highest under this pricing system. 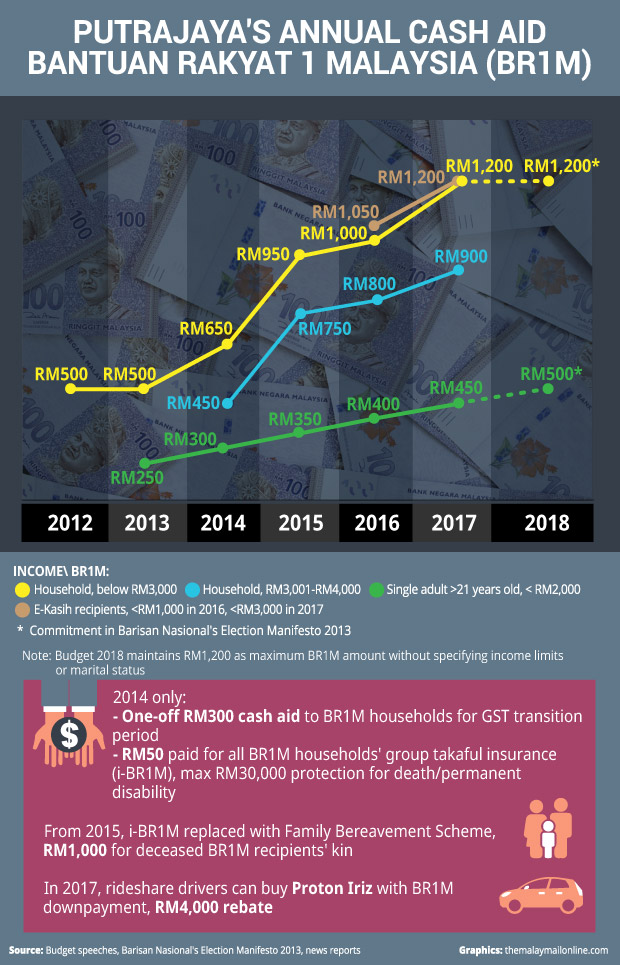