From Cheras to Cambridge: How Felicia Yap remembered her way to a best-selling novel

Felicia Yap’s novel ‘Yesterday’ is published this month by Wildfire Books, an imprint of Headline Publishing Group in the United Kingdom. — Pictures by Tim Steele
Follow us on Instagram, subscribe to our Telegram channel and browser alerts for the latest news you need to know.
By By Zurairi AR

KUALA LUMPUR, Aug 25 ― Felicia Yap was six when she was hit by a motorcycle near her home in Cheras here. Amazingly, she escaped unscathed except for her memory of it ― she remembers nothing of the accident.

But her parents did, though their recollections of the incident differed.

“The next thing I knew, I was in my dad’s car going to the clinic … My mum said it was a middle-aged person but my father said it was a young man. It struck me how differently people remember the same things.

“When you have nothing to go on… you don’t remember anything yourself and you utterly rely on other people’s memory of what happened… It makes things more complicated,” Yap, now 36, told Malay Mail Online in a recent interview.

This childhood incident eventually became a formative point in Yap’s fascination with the nature of memory and the act of remembering, culminating in her novel Yesterday, published this month by Wildfire Books, an imprint of Headline Publishing Group in the United Kingdom.

The book caused a stir in the publishing scene as the rights was auctioned for a six-figure deal after a bidding war.

Early in January, British paper The Observer named Yap among the “rising stars of 2017”, while the magazine Newsweek dubbed the launch as one of the year’s literary events.

According to Yap in several interviews, the idea for the high-concept novel surfaced when she was on her way to a ballroom dancing class: “How do you solve a murder when you can only remember yesterday?”

In the story, human memory for most people stops working after age 18, and people can only remember the past 24 hours. To cope with that, they keep electronic diaries invented by tech behemoth Apple ― the “iDiary.”

This technological aspect tends to intrigue her Asian readers, and Yap suggested it could be linked to the “deep-rooted fear of forgetting.”

“Memories are tied to our sense of self, our identities. If we don’t record this moment, chances are we would lose them and lose a bit of ourselves,” Yap said.

Yap herself seemed to have lived through many different identities before settling down as an author.

She first went to the UK to study biochemistry at the Imperial College and took a post as a researcher at the European Molecular Biology Laboratory in Heidelberg, Germany.

This scientific background appeared in the book’s explanation for the brain condition ― the decline of the cyclic adenosine monophosphate response element-binding protein linked to human memory.

She had also reported for The Economist and Singapore’s Business Times. But her time reading history in Cambridge ― her home for the past 12 years ― inevitably became the lynchpin of her novel, besides providing its setting.

“People remember the same events in very different ways… Memories are very fallible, they change over time, that’s why people come away with two interpretations of the same event,” she said, relating her dissertation of World War II prisoners in Malaysia, Singapore and Hong Kong.

“I read a lot of war diaries while constructing my dissertation… I read all those diaries, and important moments, when people were liberated at the end of the war or people were thrown in camps, these pivotal moments… It’s amazing how different people choose to remember them.” 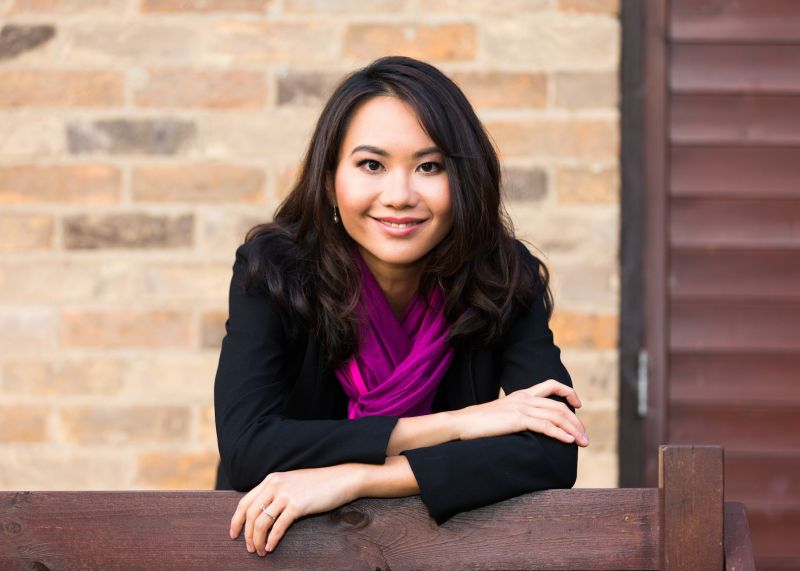 Yap said she had to make a conscious decision as an author to decide what people should write in each entry.

Yap said the experience shaped her process of writing the diary entries of the characters in her book; the only way for her characters to remember facts and feelings over certain events, and how to separate between the two.

“I have to make a conscious decision as an author to decide what people should write in each entry. Then I realise that people choose to remember things that make us feel.

“Things we remember particularly well, vividly are things that make us feel. Something strong ― it could be happiness, fear, or even anger,” said Yap.

Yap said she had fond memories of her childhood going to the Convent Jalan Peel school. One of her vivid memories was taking the infamous “bas mini”, which used to be an ubiquitous sight in the capital, for the daily 10-kilometre commute.

“It was not easy growing up in Cheras back then. For public transport, we had these pink little mini buses. They didn’t really stop at the bus stops, they just stop wherever.

“I remember once waiting for a bus to get home, they didn’t even stop for me. For six hours, I waited that day. I was only nine or 10 back then,” Yap related.

Yap admitted she never actually felt like she was an ethnic minority, neither in her birth country nor her current home. Her lack of privilege prior to her lucky break in the UK, was rather due to her family’s financial and education status.

In an interview with London-based paper Evening Standard, Yap revealed that her father “refilled ATMs for a living” and her mother was a clerk in a car workshop.

“Neither of my parents have been to university. It’s actually quite a challenge to go to university. Because you don’t have the existing family, the background. Parents who can afford to pay for your university education.

“My education was fully financed by scholarship and generosity,” she said.

Cognisant of this, Yap has announced a £3,000 (RM16,400) creative scholarship through her literary agency Curtis Brown Ltd, from the proceeds of her book deal. An aspiring writer will have the chance to attend a novel-writing course, and to be eligible should have at least one parent who did not go to university.

“I know how difficult it is to make a leap from a family background that is less privileged,” she said.

With Yesterday already making waves, Yap is already hard at work finishing the prequel Today. “I’d love to write Tomorrow someday. But I need to worry about today first,” she replied when asked about a possible trilogy.

A film deal for her debut novel is also being negotiated. All in all, exciting times for Yap. With so much to remember, how would she recall this in future? Does she even keep a diary herself?

“No. But I used to in my teens,” she replied, laughing.