KUALA LUMPUR, Sept 19 ― A 24-year-old man was arrested today under the Sedition Act for allegedly being behind a parody Facebook page, Persatuan Kongsi Gelap Melayu (The Malays Triad Society), as the clampdown under the archaic Sedition Act continues.

Shafiq Abdul Wahid’s lawyer, Michelle Yesudas told Malay Mail Online that he was arrested early this morning at the Kuala Lumpur International Airport (KLIA) where he worked as a cargo manager.

“He was arrested at 3am, remanded for three days and he will be brought to court again on Sunday for a further remand,” she said via text message.

He is being investigated under Section 4 of the Sedition Act and is being held at the Serdang police station, she added.

A check on the Facebook page showed it was set up on April 9 and the “about” section said “Kisah ayah legend yang sembang kuat.. Why so serious? Ni troll laaa bangang” (The tale of a legendary loud-mouthed father. Why so serious? This is satire, idiot).

Shafiq’s arrest was made just hours ahead of 25-year-old law student Adam Adli Abdul Halim’s conviction under the controversial law.

Adam Adli was sentenced to one year in jail by the KL Sessions Court over a speech last year in which he is said to have called for a change of government through undemocratic means.

The activist was charged on May 23, 2013 for his May 13 remarks allegedly inciting the public to overthrow the government through street protests during a forum shortly after the May 5 general election which saw Barisan Nasional retain power narrowly.

For first-time offenders like Adam, a conviction under Section 4 (1)(b) of the Sedition Act 1948 carries a maximum jail term of three years or a fine of up to RM5,000 or both.

His lawyer, Latheefa Koya, told reporters that they have obtained a stay order as they will be appealing against the sentence and conviction.

Adam was released after he posted a RM5,000 bail with one surety today. 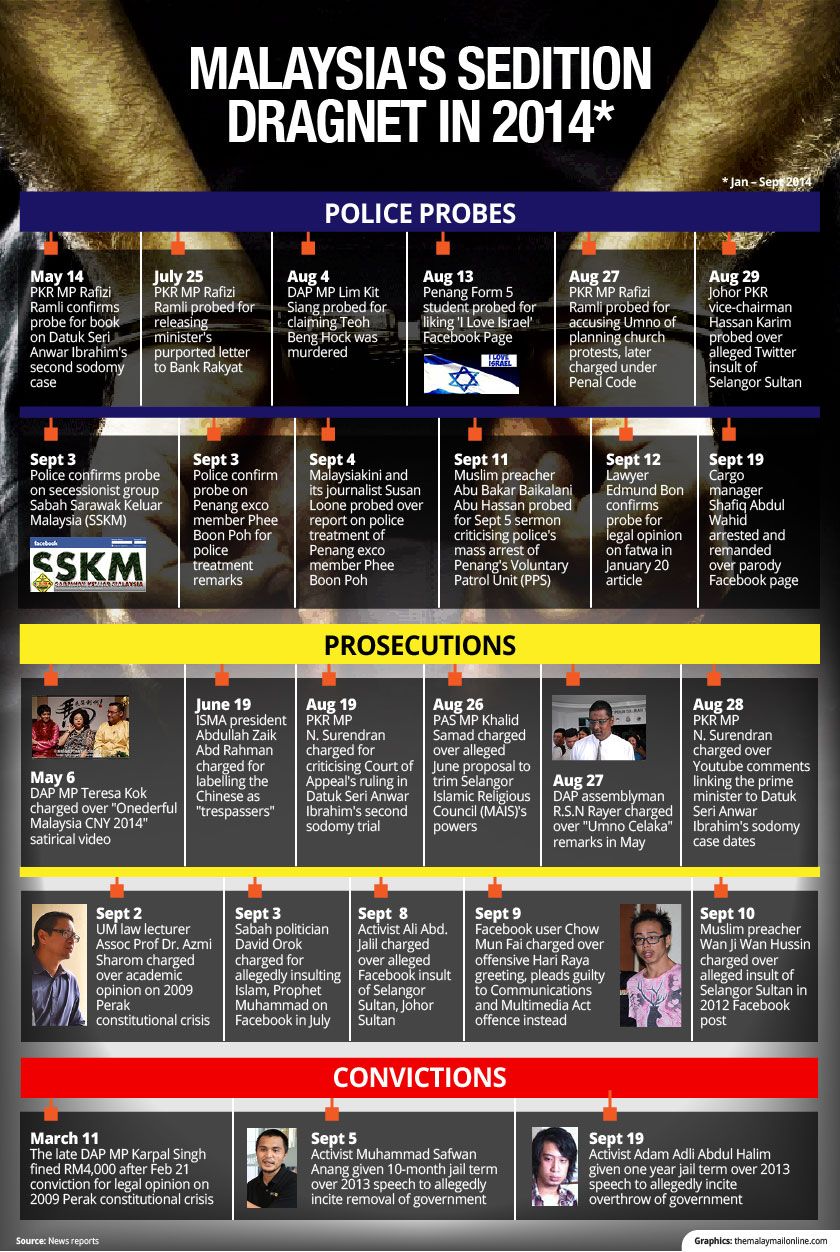