Jamila and her mother Noorhashimah being interviewed in front of the Putrajaya signage. – Pix courtesy of Artjamila
Follow us on Instagram, subscribe to our Telegram channel and browser alerts for the latest news you need to know.
By MELANIE CHALIL

PETALING JAYA, Aug 28 — An autistic teen artist at the center of media attention for her joyful artworks, predicted she would be popular.

According to Noorhashimah Mohamed Noordin, 58, her daughter Wan Jamila Wan Shaiful Bahri had told her to “take pictures all the time” – predicting her future fame.

“Three years ago when we started doing exhibitions, she told me that she would be popular – true enough, she is now.

She said that her daughter, known professionally as Artjamila, had predicted many incidents before – but did not elaborate. 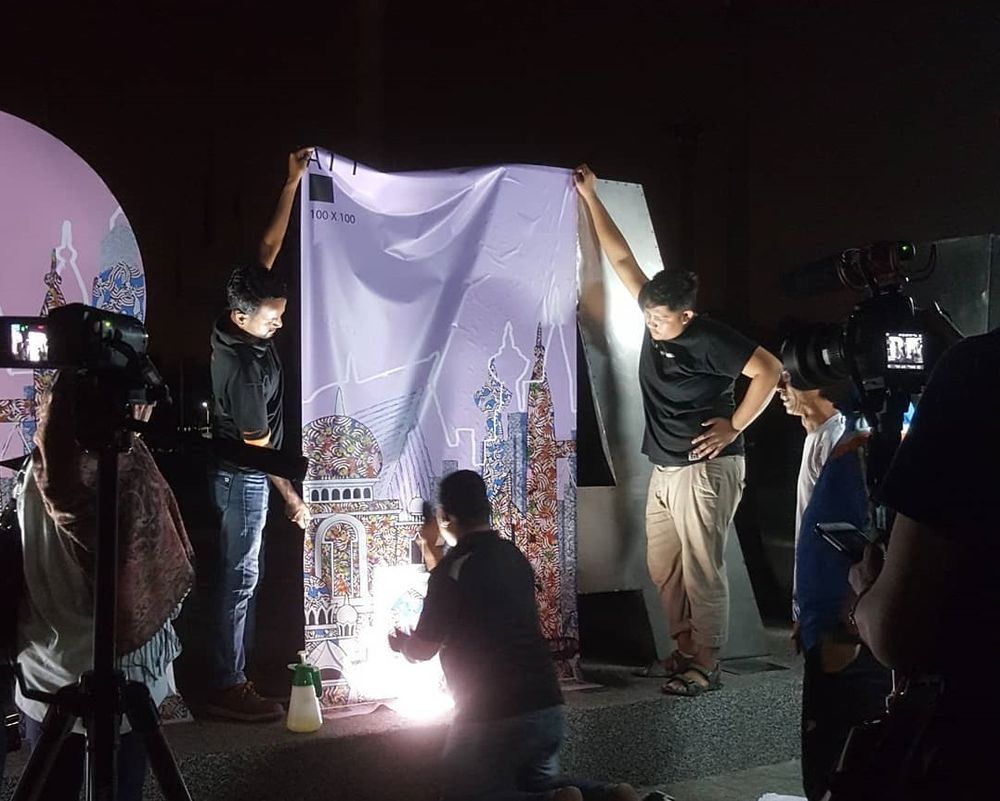 Noorhashimah discovered Jamila could sketch when she was just four years old – using it as a medium to communicate.

Jamila’s most recent most recent work grabbing attention is her spirit of Merdeka painting that drapes the Putrajaya signage, selected by Prime Minister Tun Dr Mahathir Mohamad himself for the upcoming National Day celebration.

Noorhashimah told Malay Mail she and her daughter intend to attend the 2019 National Day parade this Saturday.

26 August 2019 Monday. Installation of Artjamila's artwork at PUTRAJAYA SCULPTURE has been completed with a press conference at Putrajaya Corporation President's Office. Enjoy the full video of Putrajaya Sculpture from inception to completion.

“She loves the Merdeka celebrations. It will be good for Jamila.”

Apart from the painting boasting a myriad of Malaysian imagery from bridges to the many ethnicities who call Malaysia home, Jamila was commissioned to create a mural for the Genius Kurnia Centre in Kuala Lumpur.

Fans of Jamila can catch her at next month’s Art Includes 2019 festival where she will be exhibiting her artworks.