Han Chin Pet Soo: A glimpse at the life of Hakka tin miners in Ipoh

IPOH, Feb 26 — As heritage houses go in the heart of old town Ipoh, the Hakka Miners’ clubhouse — Han Chin Pet Soo — is one of the more prominent ones and has been a source of curiosity amongst the locals who never got to enter it.

Located along Jalan Bijeh Timah (previously Treacher Street), the imposing three-storey building was originally called Han Chin Pat Sou; Han Chin was the name given to the building while Pat Sou is Hakka for villa.

The spelling for “Pat Sou” changed to “Pet Soo” sometime in the 1950s.

The villa started out as a two-storey shophouse in 1893 and was built by the Hakka Miners Clubhouse founder Leong Fee, a tin miner/towkay. 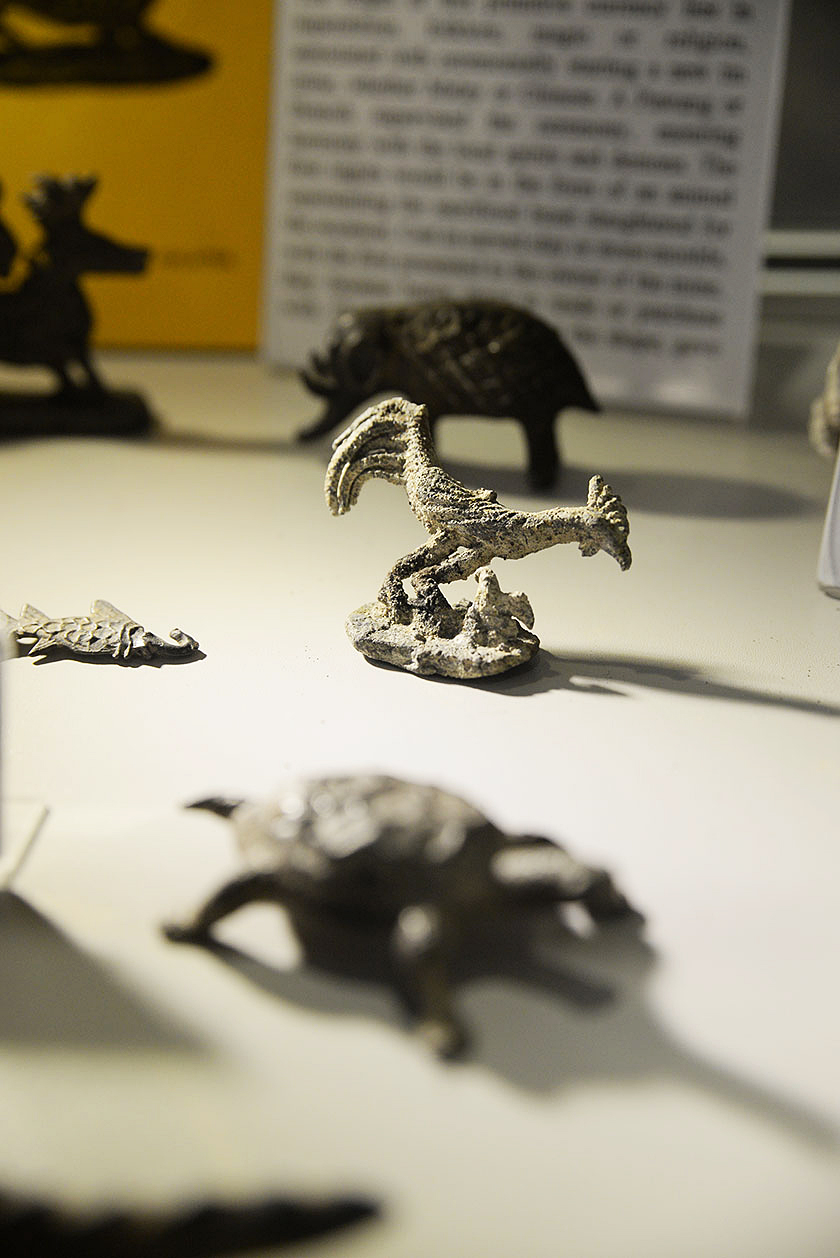 These used to be used as money, measured by weight, during the tin mining days. Picture by K.E.Ooi 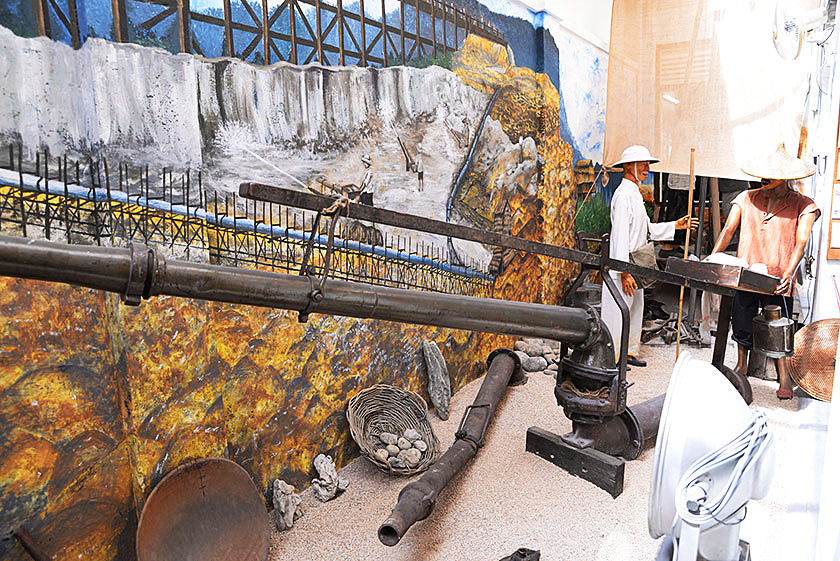 The prospecting of tin ore as showcased at the Han Chin Pet Soo museum. Picture by K.E.Ooi 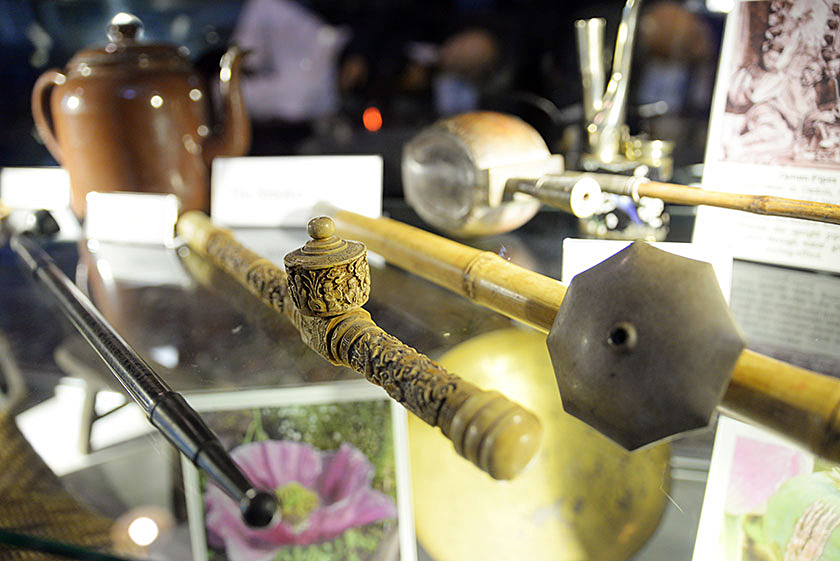 A display of opium pipes used back then at the clubhouse. Picture by K.E.Ooi 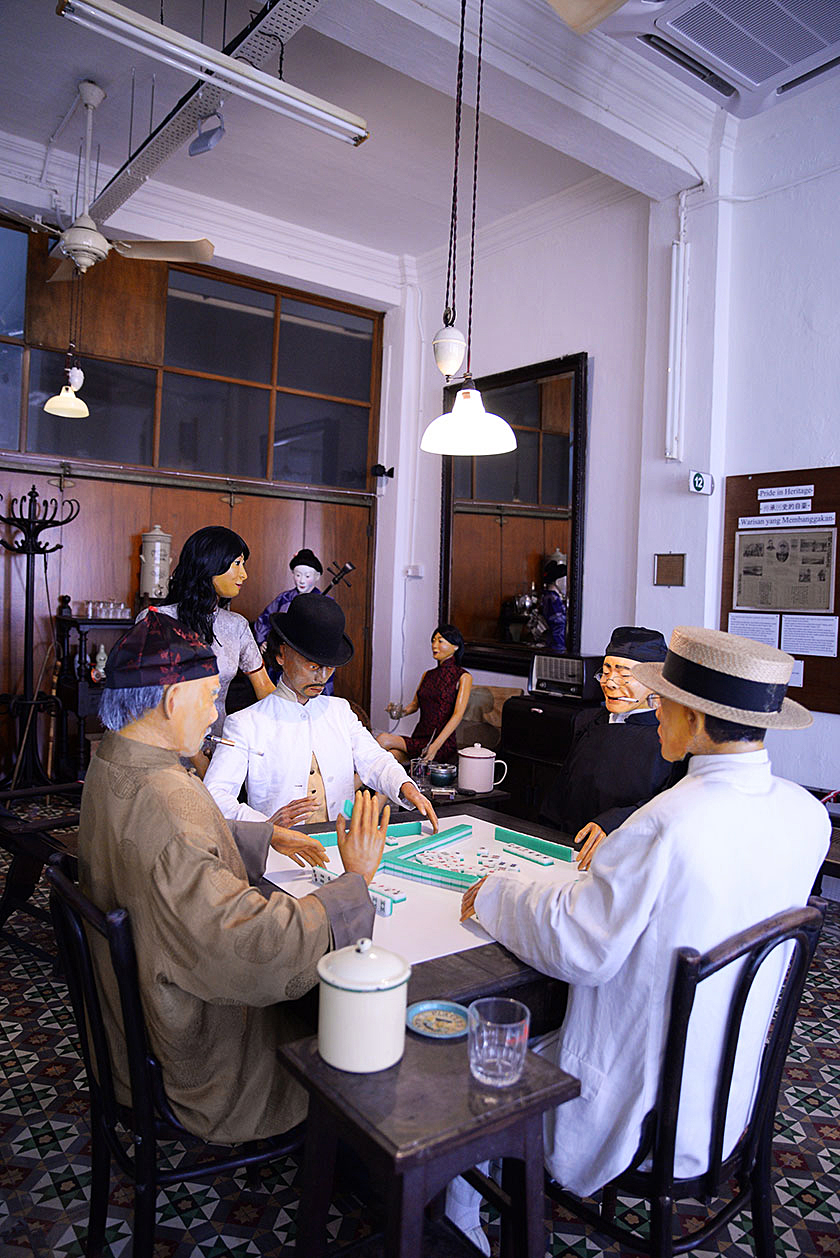 The private gambling room where members gamble while being accompanied and entertained by dancing and singing girls. Picture by K.E.Ooi The office at the clubhouse complete with its safe and antique clock. Picture by K.E.Ooi 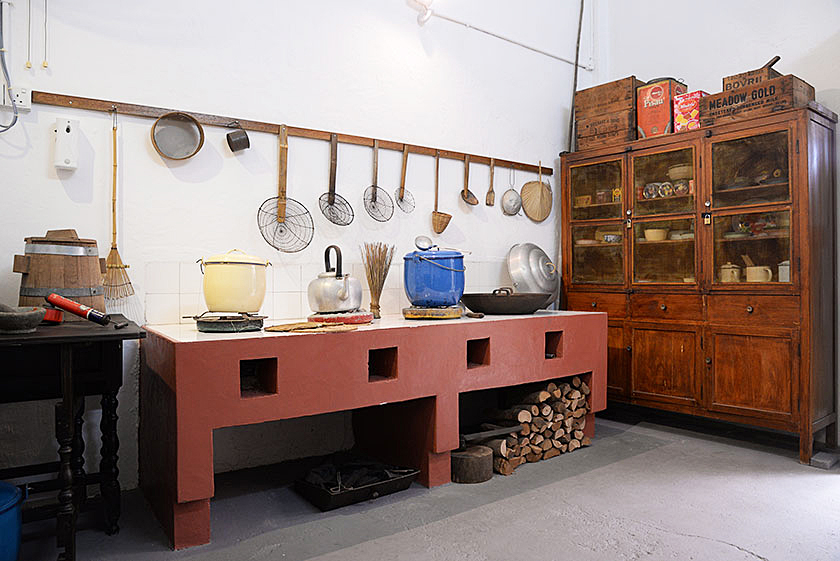 The kitchen at Han Chin Pet Soo. Picture by K.E.Ooi 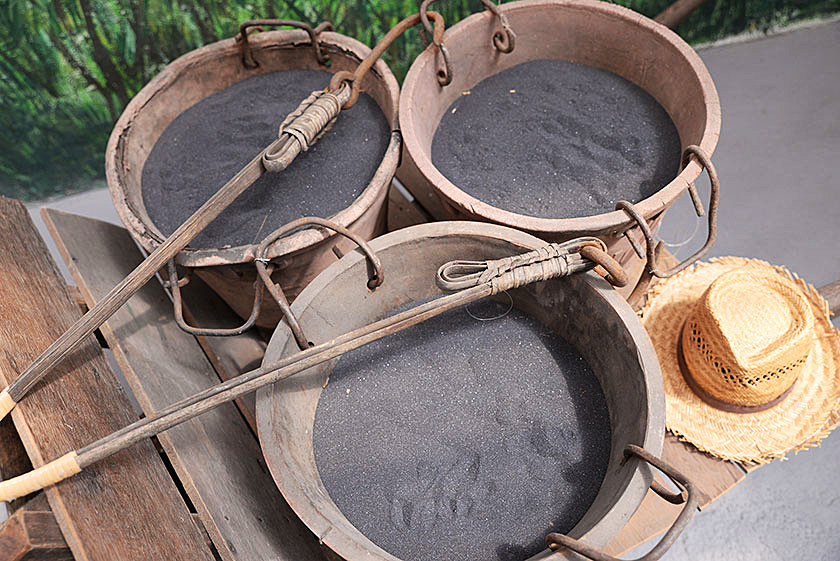 Real tin ore in rubber buckets on a cart at the reconstructed tin mining town square. Picture by K.E.Ooi One of the four evils..the opium den. Picture by K.E.Ooi 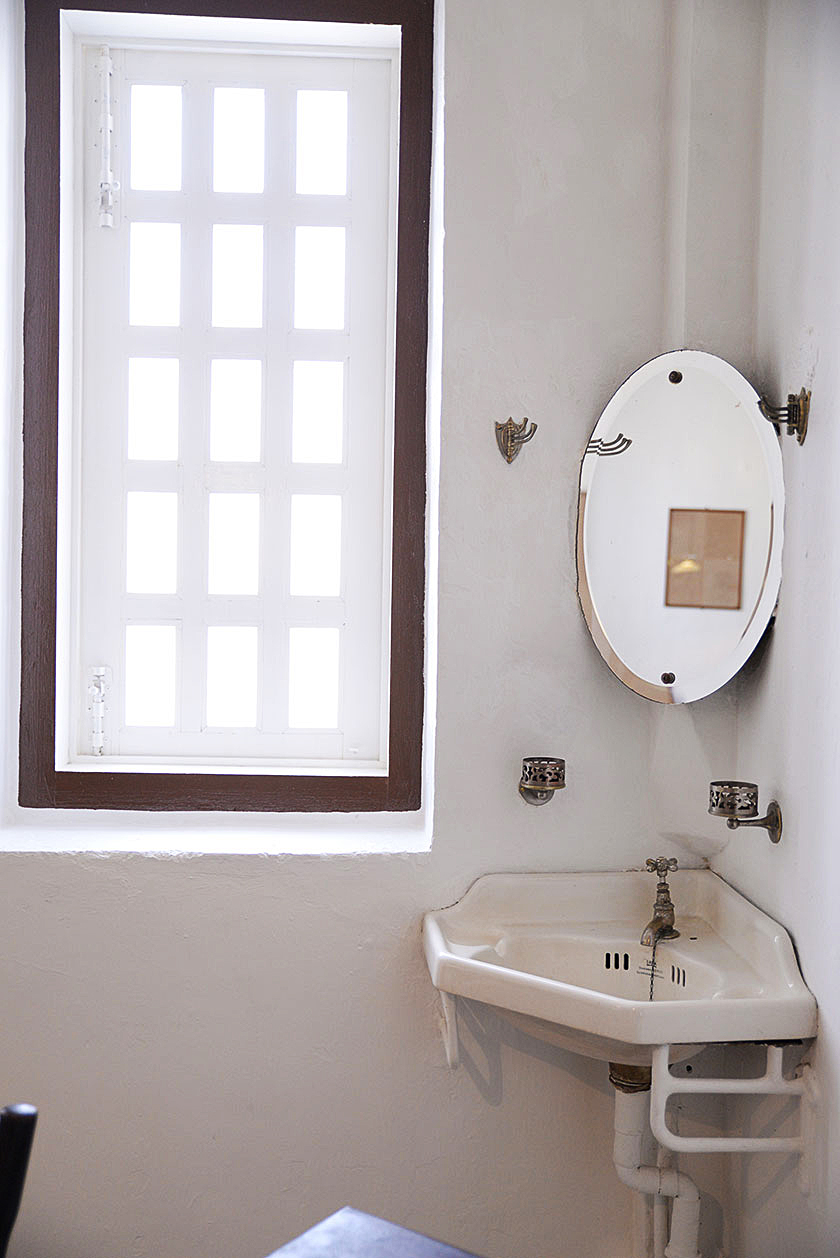 In the gambling room, there are fitted hand basins with hooks and mirrors for the gamblers to freshen up. Picture by K.E.Ooi 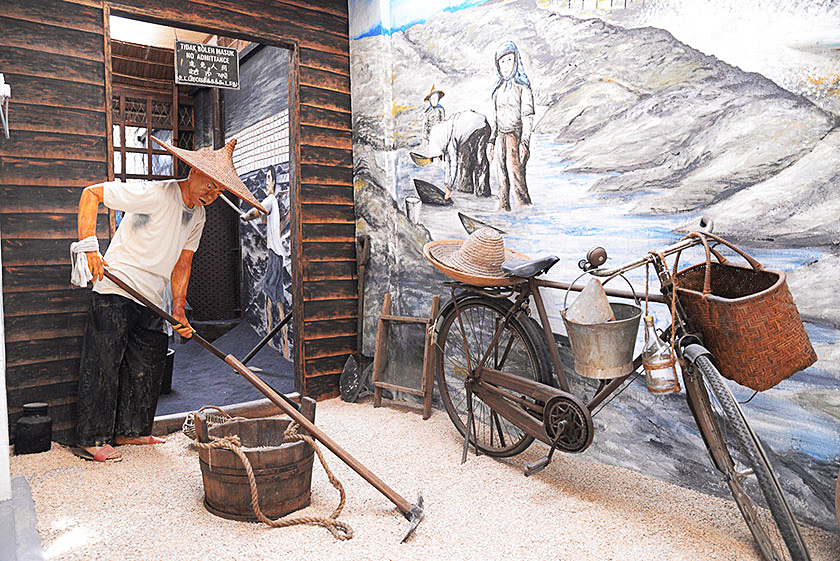 A tin miner prospecting for tin ore. Picture by K.E.Ooi In the back courtyard, a tin mining town square was also reconstructed. Picture by K.E.Ooi 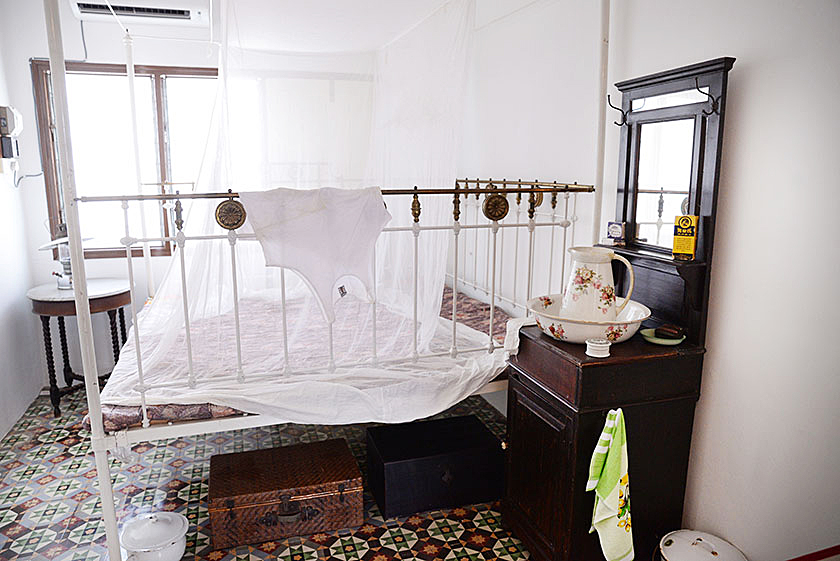 A reconstructed 1920s bedroom on level three. Picture by K.E.Ooi

The clubhouse was open only to Hakka miners and the Hakka community so those who were not members were not allowed into its inner sanctum.

After Leong died in 1912, his son, Leong Yin Khean, took charge of the club right until 1927 when he lowered the price of the property and sold it off very cheaply to the club.

A couple of years later, the club decided to give its clubhouse a major upgrade so another level was added to the building and the façade was rebuilt in the Art Deco style, with a ribbed dome and geometric windows that were very popular during that period.

The façade has remained largely unchanged till today and all of the colourful patterned tiles on the floor and the walls outside, including the beautiful peacock ones, are still intact and in good condition.

The Hakka Miners Club — now Hakka Club — continued to use it as a clubhouse for its members to play mahjong but over the years, the building fell into disrepair.

Last year, it was leased out to IpohWorld and the restoration of the building to be turned into a museum became a community project led by retired Royal Naval Commander Ian Anderson and his team from IpohWorld.

IpohWorld’s Leong Meng Fai said it was more of a collective effort from the Ipoh community that transformed the historical building from a dilapidated one back to almost its original condition in more than a year of extensive restoration work.

“The locals chipped in and the project is supported by Kinta Properties, Tenby School,  IpohWorld, PIA College of Art & Design and Y Weng Thymes,” Leong said.

Many of the antiques, old photographs and tin mining memorabilia were a collective contribution from local collectors and IpohWorld, he said.

He added that though club members continued using the premises, they were not able to maintain the massive three-storey villa so parts of it fell into very poor condition with some of the wooden furniture, floorboards and staircases infested with termites.

The restoration work was finally completed in January and the Han Chin Pet Soo museum opened its doors to the public on February 5.

The museum is more of a showcase of the buildings’ impressive architecture, its original antiques that have been there since 1893 and the goings-on inside behind the white painted doors with only some sections on tin mining.

On the ground floor, at the entrance, a long table with rows of chairs takes centre stage between two large wall-mounted mirrors reflecting the table and chairs infinitely.

The table is set with enamel tableware — the kind used back in the old days — and it looks as if dinner is about to be served.

Leong said this was where the members held their dinner parties in the past.

Parts of the museum, especially the dining area, an office leading from it and the second storey, are all a showcase of how the Hakka Miners Club members spent their time in the clubhouse.

The most interesting part of the museum would have to be its second floor with its display of the four evils — gambling, prostitution, opium and the secret society (triads) connection.

According to Leong, during that period, these vices were not illegal and there was even a tax on opium and prostitution.

There is an opium den where members can get their fix of opium on the large opium beds and prostitutes, including Japanese ones, were easily available to members for private trysts in rooms on the third floor.

There is also a private gambling room for members where they can gamble, drink and be entertained by the dancing and singing girls.

As for the triad connection, there is a display of “diplomas” or membership certificates issued to candidates who were successfully initiated into the secret society — the Hung Society — after they took an oath of allegiance by drinking a mixture made up of their own blood mixed with some chicken blood.

Finally, on the third level, there are reconstructed rooms from the 1930s and 1960s era and a showcase of the migration of the Hakka community from China.

Entrance to the museum is free but visitors can only visit it by appointment through its online reservation system.