JANUARY 19 — I recently read a news article where Umno Youth claimed that based on a survey, 97 per cent of Employees Provident Fund (EPF) contributors had wanted a further RM10,000 withdrawal from their retirement savings under the i-Citra scheme.

Some had also asked that the loan moratorium for bank borrowings be extended until the end of this year.

The survey only polled 20,000 contributors while there’s 15 million workers in Malaysia.

Is Umno Youth so bereft of new ideas?

As a Malay youth, I am deeply worried about my community getting carried away by this issue. Why am I worried?

Since Covid-19 hit our shores, I had made three withdrawals to help tide me over. Cumulatively I have withdrawn RM21,000 but some of my friends took out up to RM71,000 — the maximum quantum allowed under the various schemes.

I also enjoyed automatic loan moratorium, and in July last year, my application for targeted moratorium was also approved. These had helped keep me afloat after my salary was slashed by almost half due to the pandemic. 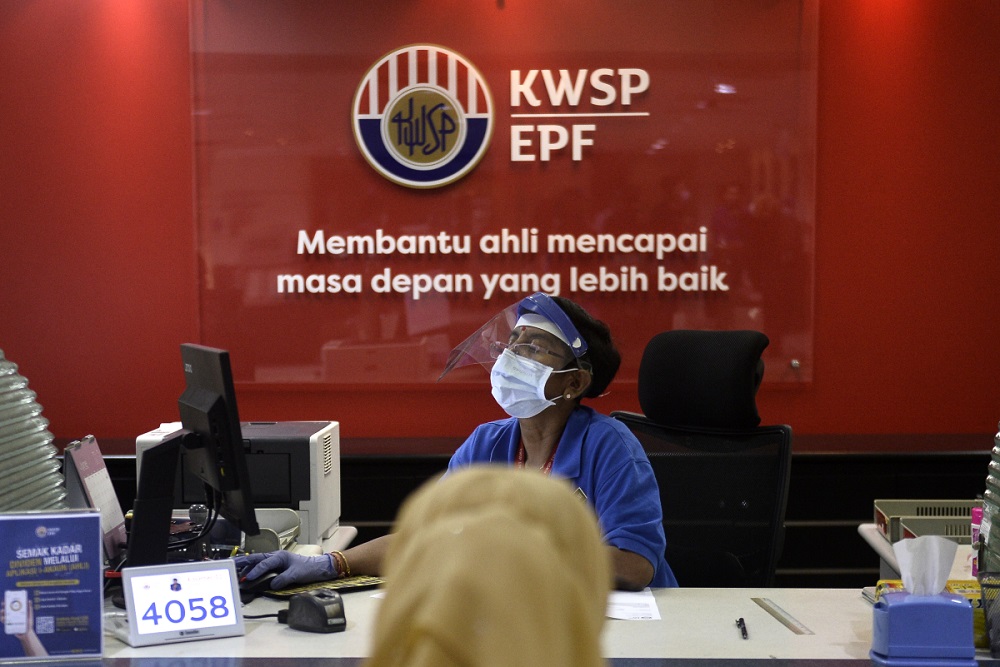 The EPF withdrawals and the loan moratoriums provided me with some breathing space as far as my debt obligations were concerned.

True, if I were able to withdraw another RM10,000 from my EPF, I would use a portion of it to settle my loan. But I would still have outstanding loans, and the quantum may even increase due to the loan restructuring. In other words, even with further EPF withdrawals, my ability to service the loans remains the same.

What Umno Youth has FAILED to consider when pushing for further EPF withdrawals are the structural issues that have impacted career prospects as well as jobs and business opportunities of the Malays.

To me, those fighting for i-Citra withdrawals are like the anti-vaxxer group.

Both groups are self-centred and have little regard for communal wellbeing.

These groups are clearly driven by their self-interests, and if we allowed them to continue, the country will be doomed! They are like the anti-vaxxer tennis player Novac Djokovic who insisted on travelling to Australia to compete; or the unvaccinated pilgrims to Mecca who infected their fellow travellers with Covid-19.

Their selfish behaviour is at the expense of others’ safety and lives!

There’s nothing wrong in pressing for more EPF withdrawals or asking for further extension of the loan moratoriums. But these stop-gaps, short-term measures are paving the road to ruin because they do not come with suggestions on overcoming structural issues like a corresponding rise in higher wages.

If further EPF withdrawal is allowed, the adverse impact will not be felt immediately, but in the distant future, like maybe 10 years from now. Surely government policies must strike a balance between the people’s immediate needs and long-term interests.

In 10 years’ time, will those who now advocate for further EPF withdrawals champion the plight of those who do not have enough old-age savings?

The finance minister and many economists have warned that allowing further withdrawals will result in many more contributors living below the poverty line when they retire, and that social security must be looked at holistically, which I believe is currently being studied by EPF. I look forward to these social security reforms. In fact, since the pandemic began, the Ministry of Finance has enabled more gig workers and the self-employed to be covered by Socso and EPF, some even with matching contributions by the government. This is a step in the right direction.

I hope the rakyat will not be hoodwinked by baseless arguments on further EPF withdrawals or loan moratoriums. These are just cheap political arguments used by those who have run out of ideas on how to rebuild this country.