Friday, 06 Mar 2020 1:18 PM MYT By Player's Blog
Follow us on Instagram, subscribe to our Telegram channel and browser alerts for the latest news you need to know.
By Player's Blog

MARCH 6 — Almost a year ago, my caddie and I were sitting at the end of the day at a fast food restaurant on the roadside between Orlando and Jacksonville, engulfing two giant burgers a head amongst laughter. It was our particular celebration after a difficult week and a constant struggle during the four days of competition.

While I understand that some like to celebrate with big parties and champagne, for me it is important to share those few moments of satisfaction that golf gives you with the people who have contributed to your success.

I arrived last year at the Arnold Palmer Invitational after a solid first start in Mexico. I played well in the previous week and came in with good feelings, even though it was just my second tournament of the year.

And yet, I made a mess of things early. The first day I put the ball in a bush in the fourth hole. I tried to play it out from there and the ball didn't move and after a double bogey on that par 5, I sank a hole-in-one in a par 3 to start straightening the tournament.

On Saturday, I had trouble controlling my distances and putting. I ended up shooting 73 that day and I remember a debrief that afternoon giving us some goals to process for Sunday and we said let's have a little more positive attitude, talk with each other more on the course and be a little more decisive in our iron selections. Then Sunday started well and we virtually had perfect round. I entered the day five back but shot a bogey-free 64 to come from behind and win.

As golfers, every time you’re in contention with one round to go, you hope that there’s a slight chance on Sunday. You know that if you have the perfect round, a leader can struggle to play well, and you can recover. We had some slight optimism, but obviously we didn’t think it was very likely. And yet, we somehow managed to put it all together and win Arnie’s tournament. It was my fourth worldwide win in 10 months which was a streak that began with the BMW PGA Championship in London, continued at the Quicken Loans National in Washington City, and had its climax at the Open Championship in Carnoustie where we did open some good bottles of wine to celebrate! 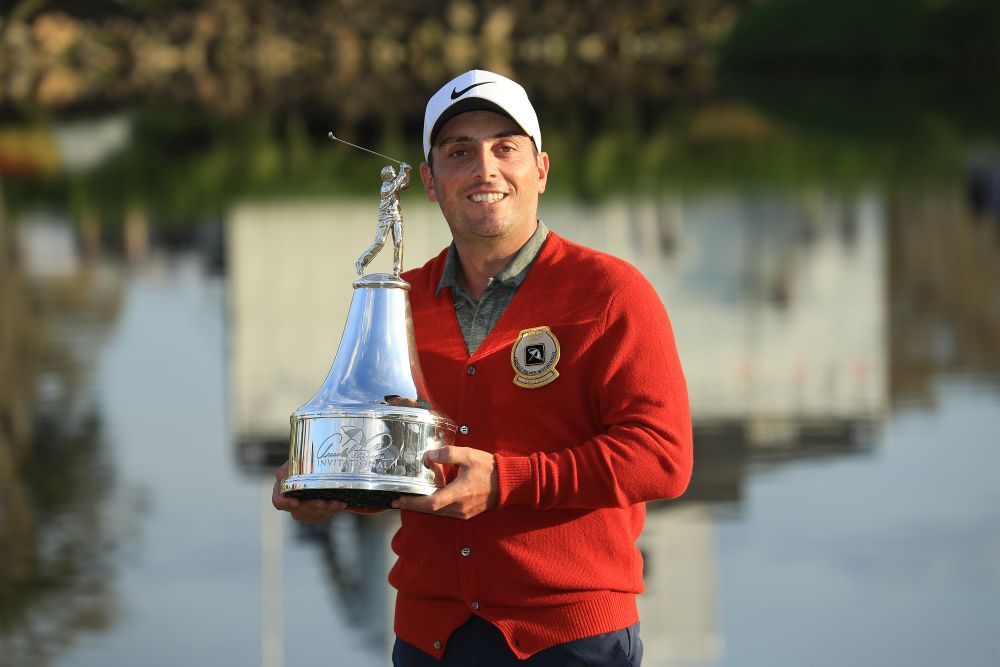 It feels good to share those satisfactions that come very rarely in golf with the people closest to you. There are far more defeats than victories and I find it important to get through those moments, but also analyze them to know what doesn't work and try to improve.

Although it doesn't seem like it, I take defeats very badly and yet I think that's one of the reasons I've gotten to where I am now. Defeats are the gasoline to keep working for success. The moment I don't care about things going wrong, I would have lost interest in golf.

As you say in Italian, volente or nolente (whether you want it or not), defeats are inevitable to progress in golf. The secret for me is to diminish the emotional side and be a little more pragmatic, realistic and analyze the situation with a cool head. I think, more than any other sport, golf teaches you how to separate the emotional side from the more rational side.

Golf is a great school of life. You can't always get there first. There are other ways to success. It also teaches you to take full responsibility for respecting the rules and controlling what happens around you.

Additionally, it has given me the opportunity to travel the world from a very young age and share the experience with my wife and children. I think that's why my son Tommaso is so passionate about geography.

I keep fond memories of my first trip to Asia to play in a tournament in Kuala Lumpur, Malaysia, where I got to know a totally different world. After 10 years of living in London, a fantastic city where you can convive with people from all over the world, I still do miss the morning cafes, the meals with friends and the culture of Italy.

At the beginning of my career as an amateur, I spent a lot of time in Spain and France, where I made many friends and got to know beautiful places. Now, after more than a decade on the PGA Tour, I have had the opportunity to visit many corners of North America.

On the PGA Tour you play against the best golfers in the world and on the best courses in the world with perfect conditions. If one wants to reach the top of this profession, it is inevitable to come and play in the United States.

* Italy’s Francesco Molinari is a three-time PGA Tour winner and you can watch him and the PGA Tour on Golf Channel and GOLFTV.