Investor Central: Can POSH recover US$109.8m from its Mexican partner? 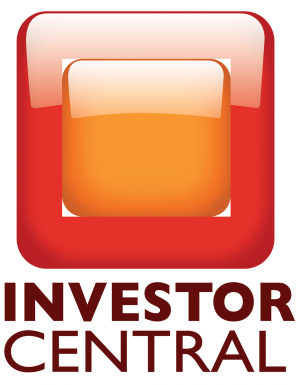 KUALA LUMPUR, May 14 — PACC Offshore Services Holdings Ltd (POSH) has managed to keep the wolves from the door with its listing on the Singapore Exchange on April 25.

The IPO proceeds have already been used to repay loans to DBS, OCBC and Bank of America, which will allow the offshore services company to continue to expand.

In other words, the company has transferred the risk of its growth plans from the banks to investors on the stock market.

But some of its biggest battles are yet to come.

However, the stock closed at S$1.155 after the company’s investment bank bought into the market to stabilise the shares on the same day of listing.

The stock is still trading at the IPO price at the time of writing.

In years gone by, IPOs were routinely oversubscribed dozens, sometimes even hundreds of times.

POSH is the one of the ventures of Malaysia’s richest man, Robert Kuok Hock Nien, who is also behind the world’s biggest palm oil company, Wilmar International.

The group is the largest Asia-based operator of offshore support vessels servicing the Oil & Gas industry, the prospectus says.

It has worked with large international offshore contractors such as Saipem, Hyundai Heavy Industries, Technip and SapuraClough Offshore.

Research houses, Bank of Singapore (a unit of OCBC) and NRA Capital, are NEUTRAL on the stock as they believe the stock is fairly valued at the IPO price.

NRA Capital says that POSH’s FY13 price-to-earnings ratio of 22 times is higher than its closest peer, Pacific Radiance, at 11 times.

The analyst says that if disposal of assets and forex gains are excluded then it would be trading at a much higher historical price-to-earnings ratio of 48 times.

It would mean that POSH will have to grow FY14 net profit threefold from FY13 to trade in line with peers.

Thus, it thinks that it has priced in the growth potential for at least the next two years.

The troubles in Mexico

For POSH, it all started when it and its joint venture partner, Servicios Maritimos Gosh, S.A.P.I. de C.V., or GOSH for short, chartered a total of eight vessels to Oceanografia, S.A. de C.V.

We don’t know when this deal was done, but the JV has been in existence since FY11.

In any case, it appeared like an ordinary transaction.

But it appears Oceanografia took out loans by dubious means.

The problem was the collateral for these loans were invoices from the government-owned oil services company, Petroleos Mexicanos or Pemex.

The trouble is, they were fraudulent.

In other words, loans were sanctioned to the company against collateral that didn’t exist.

It was a massive fraud.

So much so, Citigroup reduced its FY13 financial results announced in February by about US$235 million after finding a gap of US$400 million in an account held by Oceanografia.

Fast forward, and Oceanografia is now under the control of the Mexican government.

Where does that leave POSH and its joint venture partner?

POSH says that neither its vessels, nor GOSH, nor its Directors and Executive Officers are involved in the fraud allegations.

While two of group’s charters have expired, six vessels owned by GOSH are still deployed on charter to Pemex (page 33 of the prospectus).

And each of these two shareholders own a 25 per cent stake.

In other words, while POSH and its directors appear at arm’s length from Oceanografia, the same can’t be said of the shareholders of its JV partners.

It will make an allowance of the remaining amount of US$1.4 million in FY14 (page 34 of the prospectus).

These amounts relate to outstanding charter hire owed by Oceanografia to GOSH before the fraud was known.

Since then, Pemex has formed a trust arrangement with OSA on August 8, 2013 to pay GOSH for vessel operating expenses, repayment of loan and interest owing by GOSH to POSH and payments to GOSH.

But it doesn’t end there.

POSH had also granted a loan to GOSH for the acquisition, modification and mobilisation of the six vessels of GOSH, which had been chartered to Oceanografia.

The loan was granted in view of unacceptable terms offered by the local banks in Mexico (page 34 of the prospectus).

1. Did GOSH make any other investment in the joint venture?

In a hurry to expand in Mexico, POSH seems to have funded its partner to buy vessels.

2. If Mexican bankers were not willing to lend money to GOSH, then why did POSH take the risk of lending?

3. What due diligence did it perform before extending the loan to GOSH?

As security for the loan, it has share pledge agreements with the two Mexican shareholders of GOSH (representing 50 per cent interests in GOSH) and mortgages over the six vessels owned by GOSH.

4. What is the interest charged to GOSH for the remaining US$109.8 million?

In March, POSH initiated legal action to recover full repayment of the outstanding loan and interest.

POSH requested for permission to sell shares to the owner of Oceanografia, Amado Yanez, who had given his shares as collateral to POSH.

On March 31, the federal judge Edith Alarcon declared herself incompetent to hear one of the demands of POSH, citing lack of jurisdiction.

POSH aims to sell those shares originally valued at US$32 million, according to court documents.

But it is unclear whether the shares retain their value because Oceanografia is in bankruptcy proceedings.

Separately, Bloomberg highlights that Oceanografia has just US$15 million in its bank account and its CEO Amado Yanez was requesting for an extension of a bond-payment due in 2015.

In February, Bloomberg reported that as Oceanografia’s bonds fell to 35 cents, Yanez retweeted a photo of kung fu actor Bruce Lee flexing his muscles in the 1973 film, “Enter the Dragon”.

So, if Oceanographia doesn’t have money to repay its bondholders then how will it pay GOSH?

6. When can it get its money back from GOSH?

7. Could the falling Oceanografia bond price be a reason for POSH’s lenders not willing to review its annual renewable facility?

And this could be a reason for full IPO proceeds being utilised to repay part of its borrowings.

It also faces a S$122.9 million damages claim in the South African High Court, although it is so confident its insurance company will pay that it hasn’t made any provisions in its financials for the amount.

LJ Boer Handel B.V. and LJ Boer Vastgoed B.V. as Plaintiffs initiated a case in the South African High Court against its subsidiary, POSH Semco in 2009.

This was due to the loss of and damage to a pontoon, floating docks and barges under towage from China to The Netherlands by POSH Semco.

The trial is scheduled to commence this October.

Its insurers have confirmed that any liability from this suit will be fully covered without conditions by its existing insurance.

As such, POSH does not foresee any difficulties in making a claim against its insurers for the full amount.

Accordingly, no provision has been made in its financial statements. — Investor Central

While our purpose is to ask the questions which the man on the street would ask, and to help the everyday investor make informed investments, please note that:

* Our articles and presentations (“our contents”) are not investment advice nor should they be construed as investment advice or any recommendation of any kind; nor meant to cast allegations or insinuations of any kind against any individuals or entities. Before acting on the material in our contents, you should either seek independent advice tailored to your particular circumstances and intentions or rely on your own judgement.

** Our articles and presentations express our observations, opinions and theoretical analysis based on the facts that we have gathered or have been provided to us. While we endeavour to ensure that our contents are accurate and are presented in good faith, we cannot and do not warrant the accuracy, adequacy or completeness of the material or that the material is suitable for its intended use; and we disclaim any such warranties express or implied that may be presumed by any party; neither do we take responsibility for the views of companies or other stakeholders or observers or sources quoted or hyperlinked in our contents. While every precaution has been taken in the preparation of our contents, we (and our principals) shall not be liable for any losses or damage or inconveniences due allegedly to errors or omissions in any facts or due allegedly to reliance on our contents in any way whatsoever; nor for any damage to any computer hardware, date information or materials alleged ly caused by our contents.

*** All expressions of opinion and observations in our contents are subject to change without notice and we do not undertake a duty to update and supplement our contents or the information contained herein in the event we obtain any further or more complete information.