Penang govt hauls up one tonne of waste, including sofas and fridges, daily from Sungai Pinang

MBPP workers clear the garbage in Sungai Pinang in George Town, April 11, 2022. — Picture courtesy of Zairil Khir Johari
Follow us on Instagram, subscribe to our Telegram channel and browser alerts for the latest news you need to know.
By OPALYN MOK

The log boom was chockful of mostly plastic wastes along with furniture such as sofas, bed frames and even refrigerators when Zairil visited the site this morning.

The infrastructure committee chairman said the heavily polluted river was due to the habits and attitudes of people who have continued to treat the river as a rubbish dump for all sorts of waste.

Sungai Pinang’s heavy pollution has been an issue of contention for many decades with those living near the banks of the rivers having to live with the unpleasant pungent smell of the river.

“We have taken numerous steps to clean up the river but the irresponsible attitude of those who continue to dump rubbish into the river negated our efforts,” he told reporters when visiting the site today. 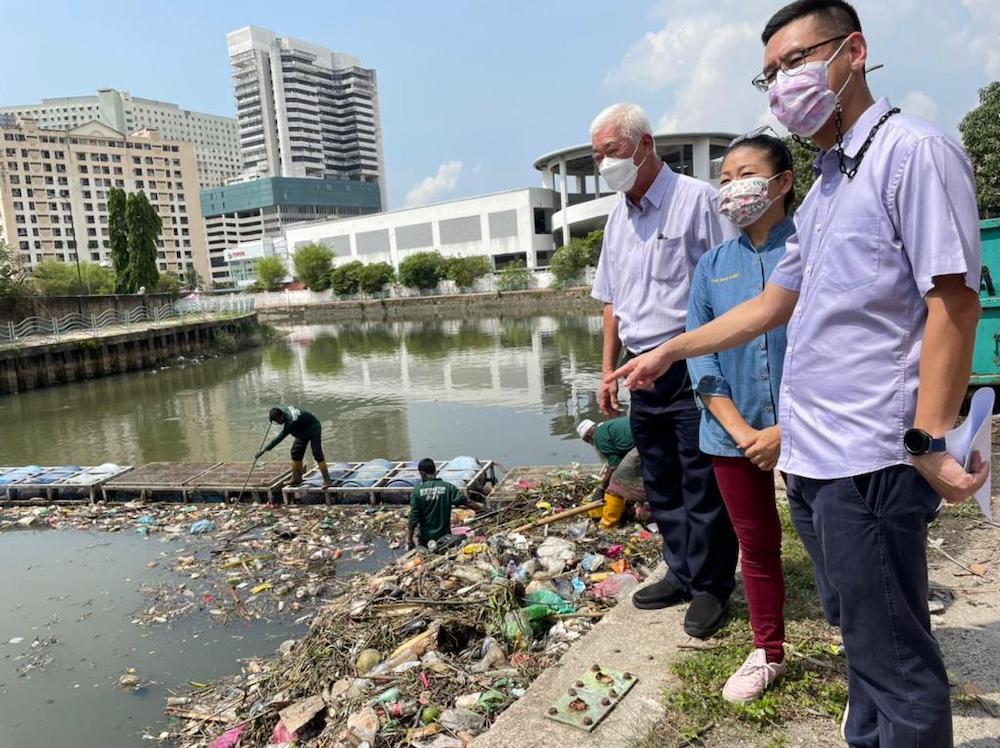 He said rubbish is cleared from the log boom daily but the next day, the same amount of rubbish continues to clog it.

“This is only one log boom and there are many other log booms in the state so we can imagine the amount of rubbish people throw into the rivers,” he said.

He said a Sungai Pinang flood mitigation project, to build two parallel drains along Sungai Pinang, might be able to address the rubbish issue in the river.

“The parallel drains would be able to trap the rubbish from being washed into Sungai Pinang,” he said.

He said the parallel drains are part of the long-delayed phase two of the Sungai Pinang flood mitigation project.

The project, costing RM150 million, is a federal government-funded project and it has been delayed for about 20 years.

Finally, the state will be calling for a tender for the flood mitigation project in the third quarter of this year and the project is expected to complete in four years.

“At the same time, dredging works at three parts of the river, costing RM450,000, will start soon to clear the sediments in the river,” he said.

Zairil said Sungai Pinang is categorised between Class Three and Class Four during the dry season while at other times, it is between Class Two and Three.

He called on the public to report to the authorities if they saw anyone dumping rubbish into Sungai Pinang.