Labuan next to get CMCO extended until Nov 13, as cases still on the rise

KUALA LUMPUR, Oct 28 — Putrajaya today announced Labuan will continue to be placed under a conditional movement control order (CMCO) from October 31 until November 13 as the Covid-19 cases in the state is still on the rise.

Senior Minister Datuk Seri Ismail Sabri Yaakob said that the decision was made upon the Ministry of Health’s (MOH) advice during their daily Nasional Security Council (NSC) meeting today.

“There are still daily tests ongoing in Labuan. Cases are still on the rise. So we came to a conclusion in today’s NSC meeting to further extend (the CMCO),” he said at his daily security press conference.

The current CMCO in Labuan was initially set to expire on October 30.

Ismail also said 508 were caught breaking Covid-19 regulations yesterday. The majority of offenders were found in the Klang Valley and Sabah, where a conditional movement control order is in effect.

He said 192 offences were committed in Kuala Lumpur, 155 in Selangor, and 36 in Sabah. Compounds were issued to 501 and the remainder were placed under remand or released on police bail.

The violations included not wearing face masks (160), failure to provide check-in facilities for customers (113), not observing physical distancing (97), operating premises beyond allowed hours (33), entertainment outlets (10) and 95 for other violations.

These checks were conducted in supermarkets, restaurants, hawkers, factories, banks and also government offices as well as transportation hubs. 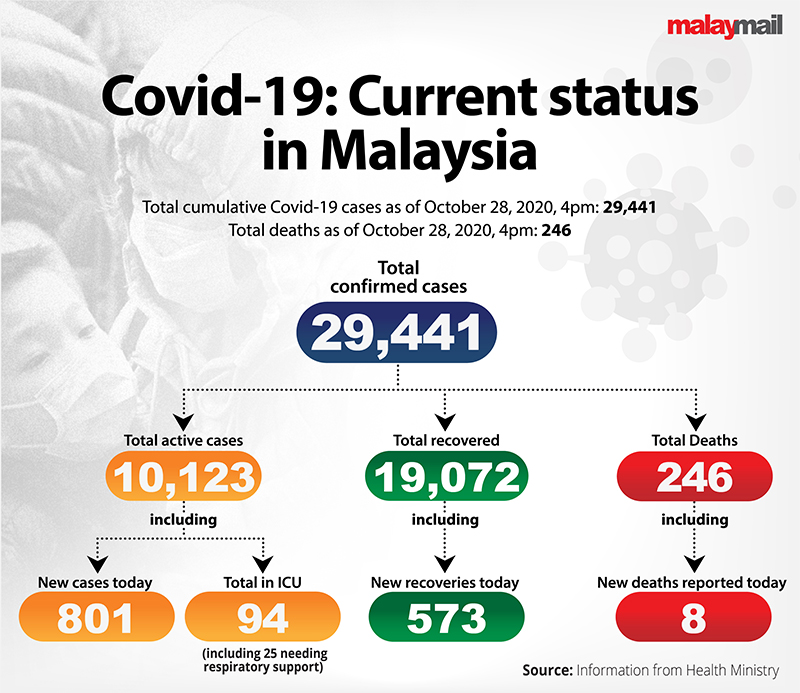