The number of deaths remain at 121 cases to date.

“It is also to be noted that of the 14 new cases reported, three are imported cases who contracted the infection overseas, involving two Malaysians and one non-Malaysian, who is a permanent resident,” Dr Noor Hisham said.

He added that of the 11 new local cases, seven involve foreigners, while four are citizens.

“To date, there are four Covid-19 positive cases receiving treatment in the Intensive Care Unit (ICU). There are not patients requiring ventilators,” Dr Noor Hisham added.

Meanwhile, the Ministry of Health(MOH) also released a statement that read the latest screenings for Covid-19 among undocumented foreigners held at detention depots has revealed 782 positive cases to date.

MOH said of the 782 cases, seven were traced in Malaysians, while 775 among non-Malaysians.

“As of 12pm today, approximately 13,149 individuals have undergone sampling. Of this number, 11,564 have tested as negative and 803 are still awaiting results,” the statement read.

The highest recorded number of positive cases according to states is KL and Putrajaya with 651, followed by Selangor with 126 cases.

“Our targeted approach requires all detainees at depots to undergo sampling, including for those who are to be moved to other depots.

“Detainees set to be deported to their countries of origin will also be sampled, while all personnel on duty at the depots must likewise be sampled. Random sampling for risk assessment by the respective district or state health departments is also being done,” the ministry said. 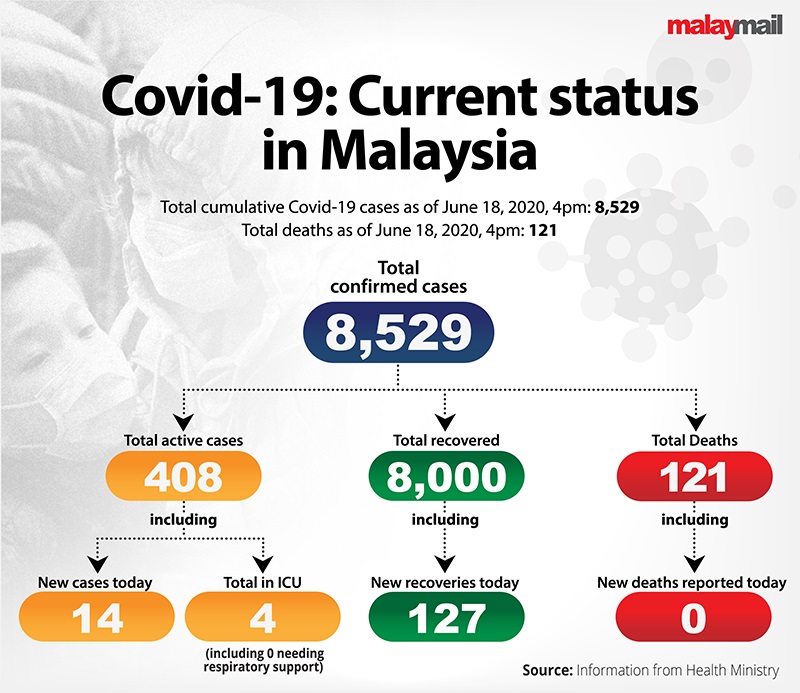