Parent groups back deferment of SPM, STPM; say must be fair to students

The Education Ministry announced Wednesday that it was deferring this year’s examinations for the SPM, SVM, STPM and STAM examinations.— Picture by Farhan Najib
Follow us on Instagram, subscribe to our Telegram channel and browser alerts for the latest news you need to know.
By OPALYN MOK AND IDA LIM

GEORGE TOWN, April 17 — Two education-based parent groups expressed relief over the government’s decision to postpone key national examinations after the 2020 academic year was thrown into chaos by the Covid-19 pandemic.

Parent Action Group for Education (PAGE) president Datin Noor Azimah Abdul Rahim said they have been advocating for the deferment of the examinations.

“So, we are happy with the decision,” she said, noting that the movement control order (MCO) remained in effect and could still be extended, meaning there was still significant uncertainty over when schools could reopen.

Even when they do, she said there were still many days of missed classes that must be made up for in order to fully prepare students for the examinations that could determine their futures.

She said it was only fair that students be allowed to catch up and complete their entire syllabus before they are tested.

“There also needs to be a relook of the syllabus,” she said while suggesting that school days lost during the MCO could be replaced by shortening the school holidays.

Melaka Action Group for Parents in Education (MAGPIE) chairman Mak Chee Kin called the deferment unavoidable as SPM students were already far behind in their lessons.

“It is better to have it next year because we do not know when it is safe for them to return to school,” he said.

“We do not want to have another realignment if they are not back too soon,” he added. 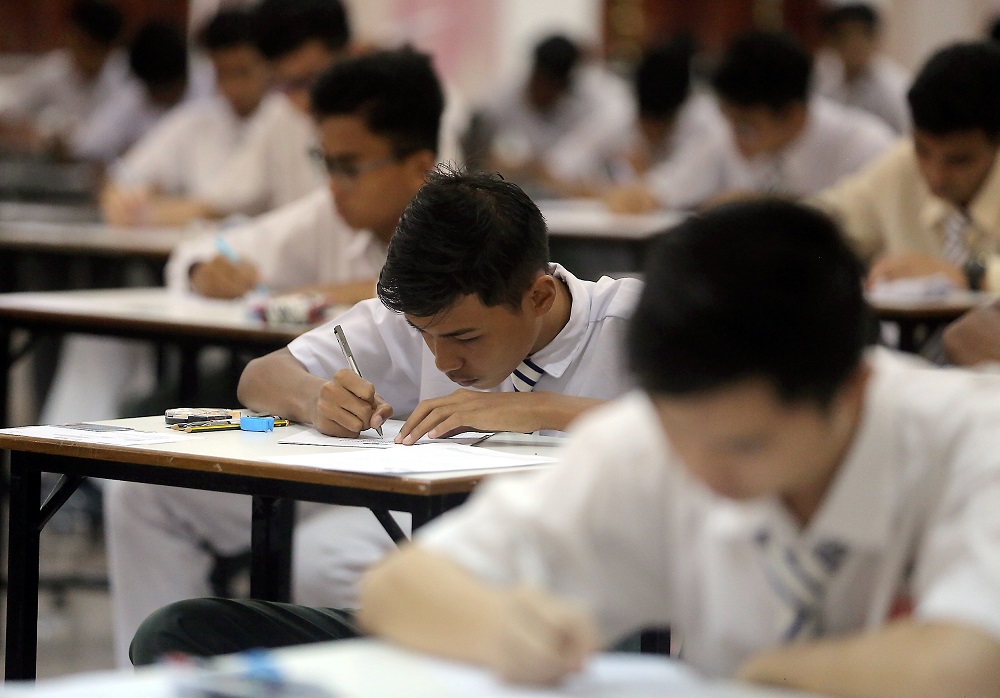 Melaka Action Group for Parents in Education chairman Mak Chee Kin called the deferment unavoidable as SPM students were already far behind in their lessons. — Picture by Farhan Najib

Mak was confident the public would understand the rationale behind the deferment as lives were at stake, and would not criticise this as a political move despite the disruptions it would cause to students’ plans for their studies.

He also noted that Malaysia was not unique in its decision to postpone the national examinations until it was safe.

“Even other foreign exam boards are doing the same,” he said.

However, he hoped the minister would come out with an effective mechanism to cater for a shift to alternative assessments or tests for those applying to boarding schools for Form One and Form Four.

He also said this was the time for parents to play their role to ensure their children engage in useful activities and programmes, such as educational activity books and home-based learning modules.

“In this aspect, if the Ministry of Health allows, maybe the bookshops in shoplots only can operate to cater for this need,” he said.

He also expressed his agreement with the government’s decision to adjust the STPM semester 2 examination to be held before the Semester 3 examination.

“This will reduce the anxiety of the students,” he said.