KUALA LUMPUR, March 2 — The family members and secretary of a senior government-linked corporation (GLC) executive who contracted the coronavirus disease (Covid-19) have all tested negative for the virus.

Health director-general Datuk Dr Noor Hisham Abdullah told Malay Mail that others who came into contact with the person are still being screened.

“As for case 26, his close contacts including family and his secretary, their tests done were all negatives.

“We are still screening others and the results are pending.

Earlier, Dr Noor Hisham told Malaysiakini that tests on those who had been in close contact with the senior government agency official who contracted the coronavirus disease have so far been negative.

The news portal reported him saying that efforts are ongoing to trace others who were in close contact with the country’s 26th confirmed Covid-19 patient.

Yesterday, Bernama reported Dr Noor Hisham as saying that the 26th case is a 52-year-old man who had visited Shanghai, China in mid-January.

Although it has not been officially announced, it is believed that the man is a director at the Urban Development Authority and an official with Khazanah Nasional Berhad.

Both issued press statements confirming that one of their employees was infected.

The person is also believed to have attended an appreciation event for an outgoing minister and his deputy on February 27.

The ex-minister has been prominent in the country’s ongoing political crisis and was present at several events involving political leaders of both the past and present governments.

The Health Ministry yesterday announced there were four new Covid-19 cases in the country, bringing the total to 29 cases. 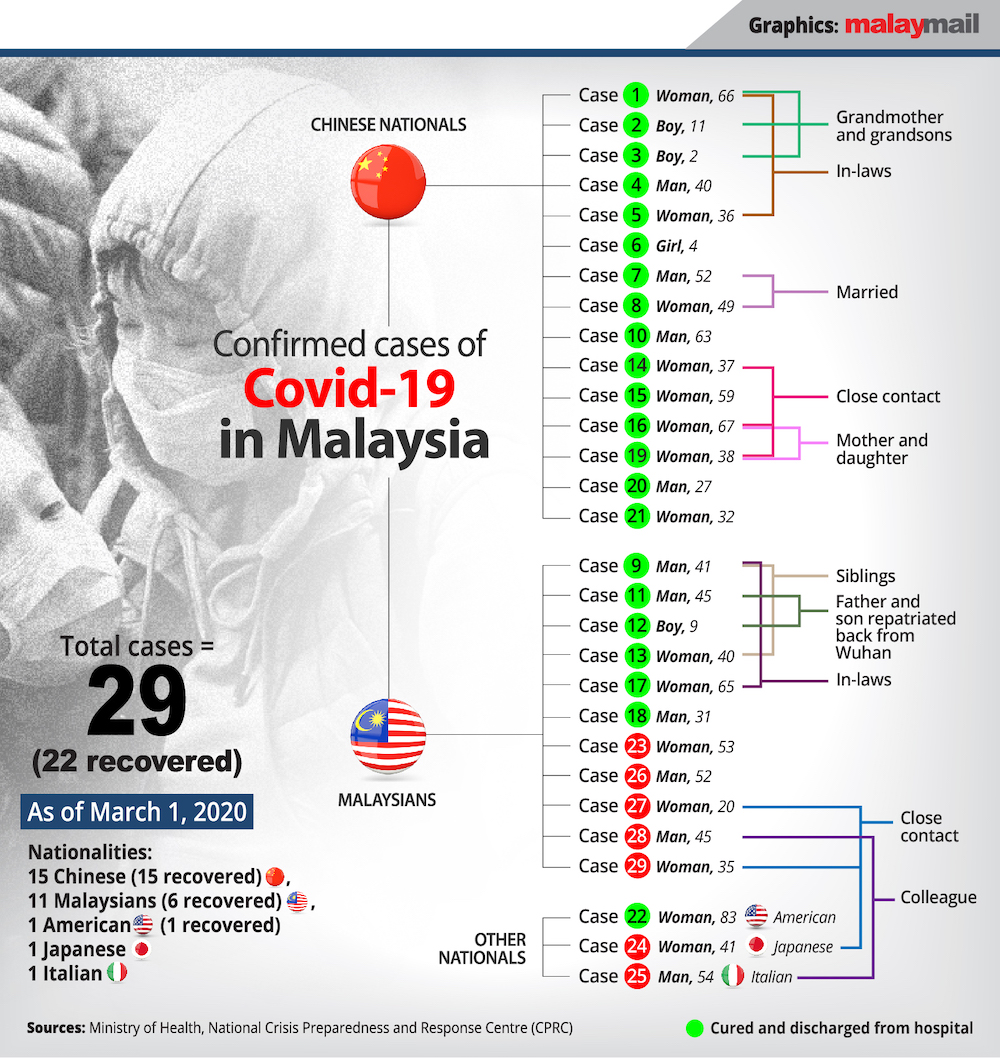