DPM: One more cured of Covid-19, no new infection today

Deputy Prime Minister Datuk Seri Dr Wan Azizah Wan Ismail said a Chinese national has fully recovered from Covid-19 and there are no new cases today. — Picture by Firdaus Latif
Follow us on Instagram, subscribe to our Telegram channel and browser alerts for the latest news you need to know.
By KENNETH TEE

During a press conference at the Health Ministry, Dr Wan Azizah said the woman was allowed to return home on February 15 after receiving a clean bill of health from Hospital Permai in Johor Baru where she had been treated.

“Subsequently, no new cases were reported today, with the number of those being treated currently stands at 14 and those discharged at eight,” she said.

On February 7, the 59-year-old woman from Wuhan had tested positive for Covid-19 after arriving in Malaysia through Johor on January 21.

She had entered Singapore on January 17 with her spouse, son and daughter-in-law before crossing over into Johor four days later.

Dr Wan Azizah said tests to determine Covid-19 infection were performed twice on the eight people previously discharged and all were negative.

The disease is believed to have emerged in December in a Wuhan market that sold wild animals, and spread rapidly as people travelled for the Lunar New Year holiday in January.

The coronavirus diseases is from the same family of pathogens behind the severe acute respiratory syndrome (SARS), which killed over 800 people in 2002-2003.

The epidemic led the World Health Organisation (WHO) to declare a public health emergency of international concern.

Some governments have instituted travel restrictions on visitors from China and those who previously visited the country. 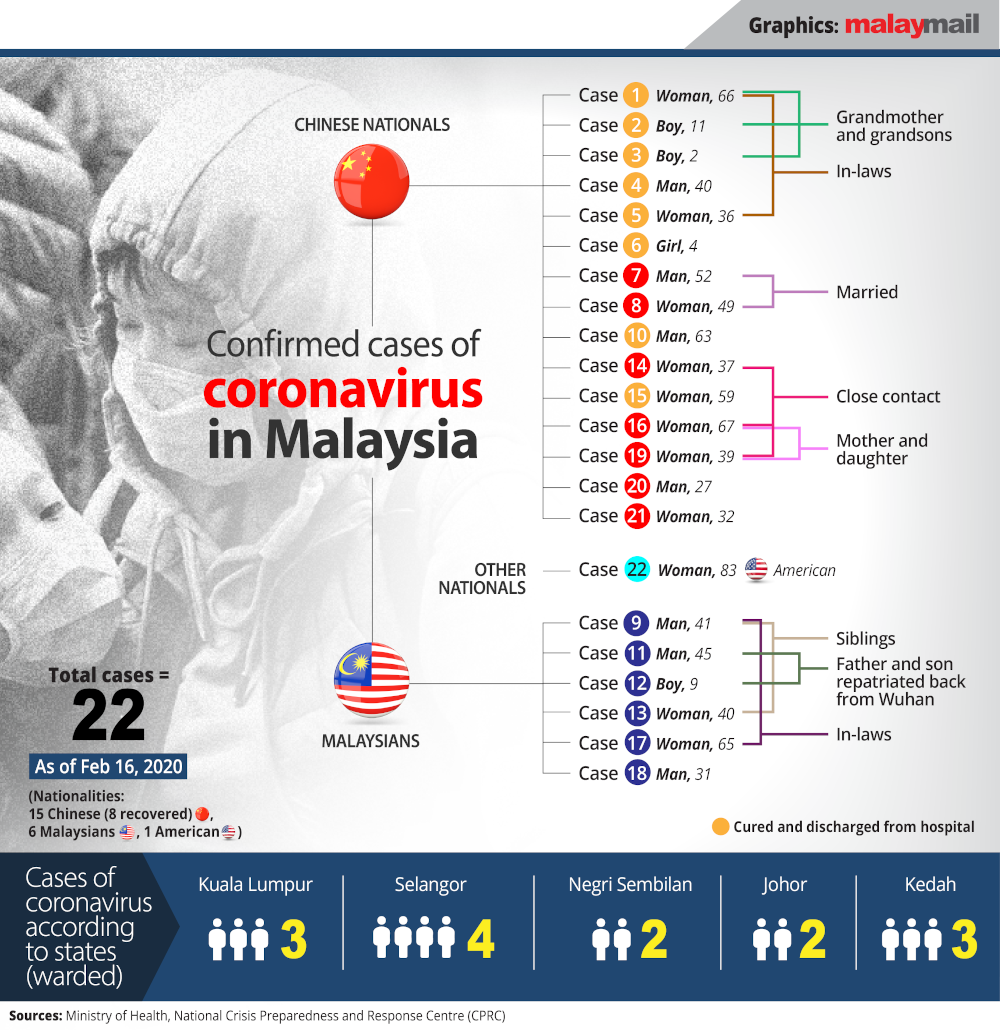