After KL lakes, otters now seen in Subang Jaya too

KUALA LUMPUR, Feb 2 — Otters have now been spotted in a lake in Subang Ria Park in Subang Jaya, Selangor, the latest in a series of sightings in public parks in the Klang Valley.

According to Subang Jaya’s community paper SJEcho, local residents jogging around the lake had seen five otters in the freshwater lake in recent months.

According to the paper, the species of the otters spotted in the Subang Jaya lake are smooth-coated otters.

The paper cited Prof Shahrul Anuar of USM School of Biological Sciences as saying that hunting or keeping otters as pets without permits can be punished by a maximum RM100,000 fine or maximum three-year jail term or both in peninsular Malaysia, owing to their status as totally protected species under the Wildlife Conservation Act 2010.

He also reportedly urged the public not to disturb the otters or to feed them, but to instead keep the lake clean and not litter there as otters require clean water habitats.

“This is a pat on the back for the owner of the park. They have done well in caring for the environment and this has attracted otters to the lake,” he was quoted as saying by SJEcho. 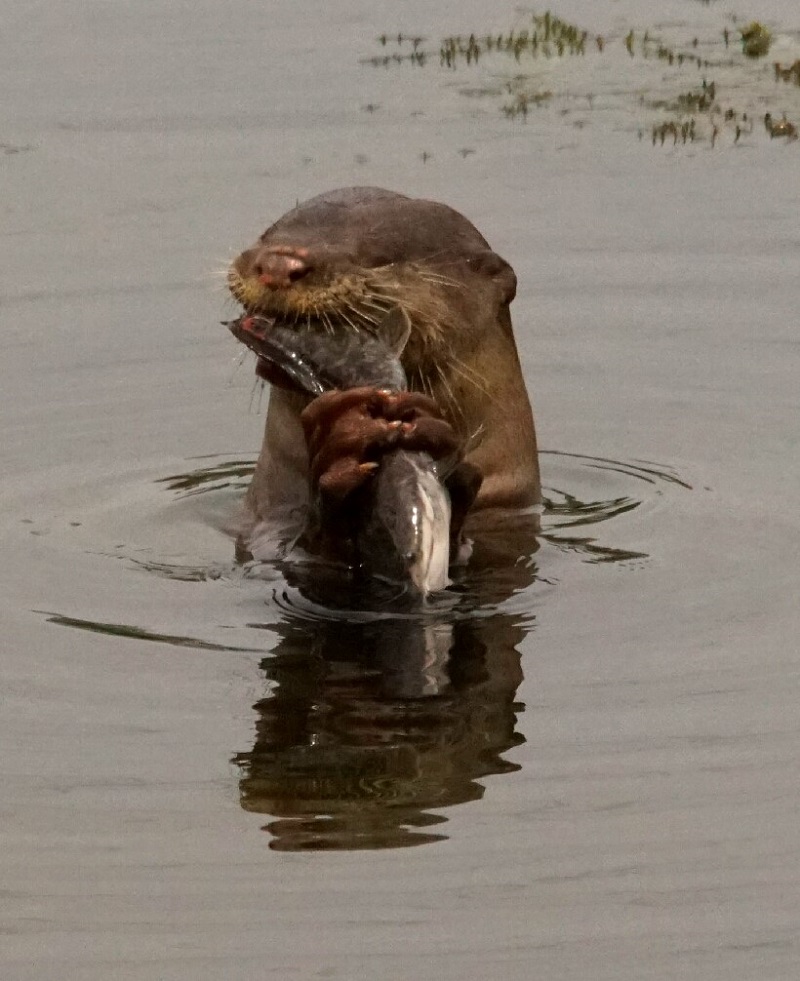 An otter is spotted enjoying his catch at a lake located at Taman Wangsa Baiduri in Subang Jaya. — Picture courtesy of Francois Reijnders

Otters were last year spotted in a lake at the 222-acre public park named Taman Tasik Metropolitan Kajang in Kuala Lumpur, also believed to be possibly of the smooth-coated otters species.