Above and beyond: Dr Mahani Nordin awarded the Sunway-MAF Tun Dr Siti Hasmah Award 2021 for her work with Terengganu’s HIV community

Dr Mahani Nordin the co-founder of community-based organisation, Komuniti Cakna Terengganu (KCT) has been awarded the Sunway-MAF Tun Dr Siti Hasmah Award 2021. — Picture by Shafwan Zaidon
Follow us on Instagram, subscribe to our Telegram channel and browser alerts for the latest news you need to know.
By ARIF ZIKRI

KUALA LUMPUR, Dec 11 — In her years of working with people living with HIV in Terengganu, Dr Mahani Nordin has thought nothing about going beyond her job scope.

And when the community needed a shelter, Dr Mahani donated her own one-acre land to KCT.

The land was used to build a shelter home to help those who use drugs recover and integrate into society.

Last night, Dr Mahani was awarded the Sunway-Malaysian AIDS Foundation (MAF) Tun Dr Siti Hasmah Award 2021 as recognition for going above and beyond her work in the field of HIV.

The AIDS officer was presented with a RM20,000 cash prize along with a specially-designed crystal trophy by Sunway Group and a certificate of excellence at the MAF Red Ribbon Gala and Sunway–MAF Tun Dr Siti Hasmah Award 2021 which took place at Hilton Kuala Lumpur. 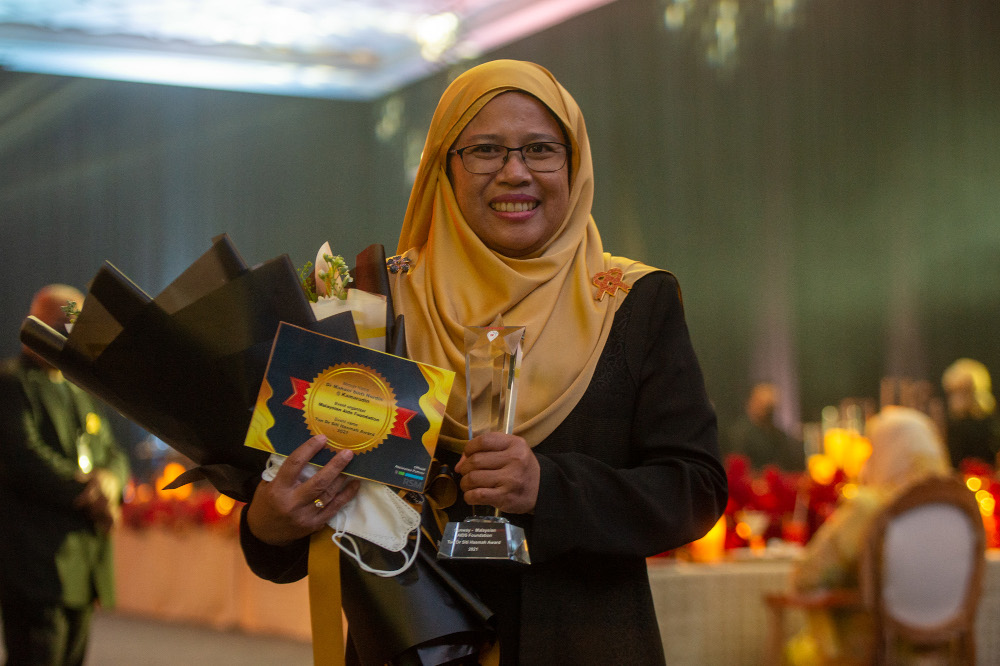 Dr Mahani is grateful and humbled upon receiving the award. — Picture by Shafwan Zaidon

“I am deeply humbled by this recognition and grateful for the attention that it will bring to the struggles faced by the local community in Terengganu.

“It was truly unexpected because I was nominated at the last minute. At first, I didn’t even know that there’s going to be an award this year until some of my friends and colleagues nominated me.

“I just did my work, even though I know that it was beyond my job scope but to me, it’s still work, and I wasn’t expecting to get awarded for it,” she told Malay Mail.

Mahani added that her passion to help the HIV community started in 2008 when she was working with at-risk teenagers’ group under the Terengganu’s Social Welfare Department.

During her time working with the teenagers, Mahani realised that the teenagers could still be guided and there was always hope for them.

“However, the problem with our society is that, when we see these kids heading in the wrong direction, we discard them,” she said.

“So, nobody is there to save them even though they can still be saved.”

From there, Dr Mahani and a few other partners decided to start KCT.

KCT was initially focused on numerous HIV prevention and harm reduction programmes such as their needle exchange programme and methadone maintenance programme.

This is because from 2008 until 2009, around 70 to 80 per cent of HIV cases in Terengganu were transmitted through drug use.

In 2010, KCT with funding from the Terengganu Islamic and Malay Customs Council managed to open their home shelter for people living with HIV at Dr Mahani’s one-acre land in Hulu Terengganu.

There was a lack of HIV shelters in Terengganu at the time and drug users had to be sent to Selangor or KL for treatment and shelter.

Aside from that, Dr Mahani said stigma continues to be the greatest challenge when it comes to HIV.

“When we came up with KCT, our target was to work with former drug users. However, the public still sees them as criminals, so we need to desensitise the public of this perception.

“Because how can we work if there’s still public prejudice?” 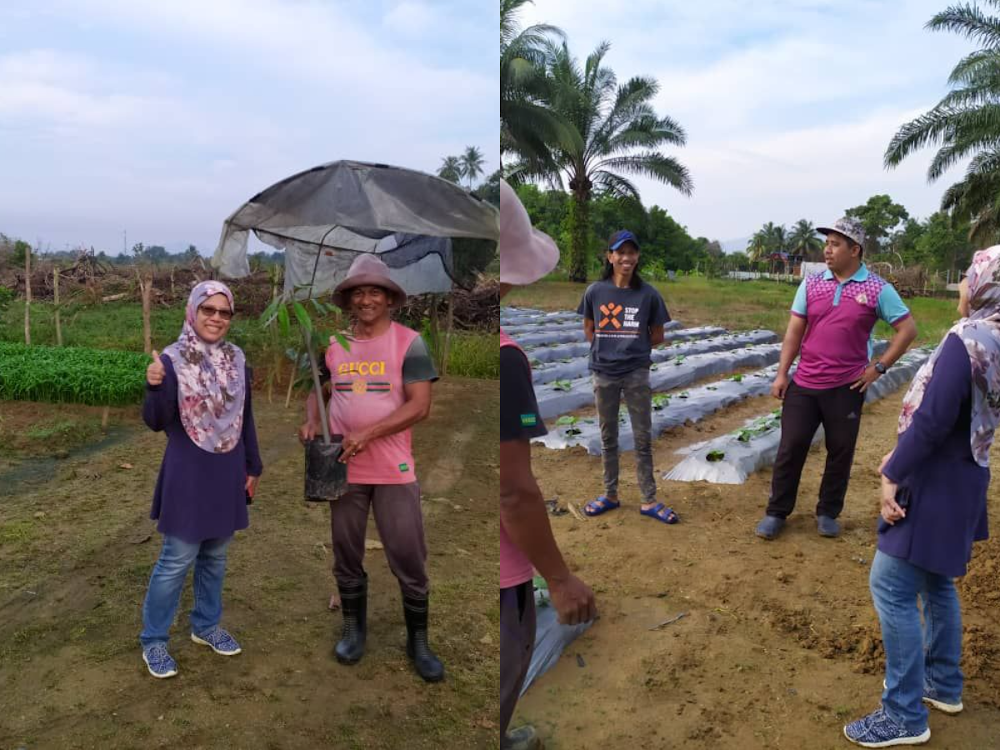 A snippet of the community farm at the Komunity Cakna Terengganu shelter home for people living with HIV. — Picture courtesy of Dr Mahani Nordin

KCT now has a total of four shelter homes in Hulu Terengganu: three for men with HIV while the other one is for women and children living with HIV.

KCT along with their occupants have also managed to turn a small pot of land there into a community farm that allows the residents to attain their livelihood through social enterprise.

Dr Mahani is also working with the Terengganu state government to designate a seven-acre land to expand KCT’s efforts and establish homes and facilities for men, women and children living with HIV/AIDS.

She was amongst the three finalists of the Sunway-MAF Tun Dr Siti Hasmah Award 2021.

The jury process for the award was observed by local auditing firm, RSM Malaysia.