Ballard said he’s ready to search for MH370 if the opportunity arises. — Pictures courtesy of National Geographic
Follow us on Instagram, subscribe to our Telegram channel and browser alerts for the latest news you need to know.
By TAN MEI ZI

PETALING JAYA, June 10 — Ocean explorer Bob Ballard says he would be on board to search for missing Malaysia Airlines flight MH370 if he ever gets the chance.

Ballard, who is best known for finding the wreckage of the Titanic in 1985, said he offered to help look for MH370 after it vanished seven years ago but was turned down by Australian authorities leading the search at the time.

“I was first on the phone call to Australia, who was really controlling the shots there.

“Even if they didn’t use my assets (in the search), I know how to find things, maybe I could help walk through the logic of it all, but they said they didn’t need me.

“I’m still game (to look for the plane). I would be more than glad to lend my intellect but they’ve never let me sit down at the table,” said Ballard during an interview with regional media for his National Geographic special Bob Ballard: An Explorer’s Life.

The famed underwater archaeologist added that technological advances in recent years can aid with the search for MH370, which went off the radar on March 8, 2014 while en route to Beijing from Kuala Lumpur.

The use of swarming autonomous vehicles to conduct an expansive search of the ocean floor with greater efficiency could prove useful in renewed search efforts, said Ballard.

While he has yet to get the green light to search for the missing airliner, the oceanographer is keeping busy by working on another of aviation’s biggest mysteries.

He plans to set out on a second expedition to search for Amelia Earhart’s plane, which disappeared over the central Pacific Ocean in 1937.

His first attempt took place in 2019 but unfortunately came up empty, though it did give Ballard and his team a chance to test new tools and technology during the search. 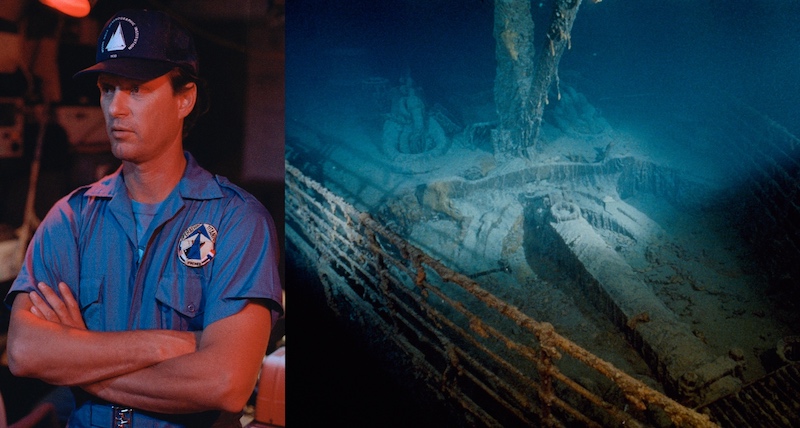 Ballard’s discovery of the Titanic’s watery grave in 1985 cemented his fame as a marine archaeologist. — Pictures courtesy of National Geographic

After the Covid-19 pandemic hit, Ballard took some time away from the ocean to focus on mentorship and pen his memoir Into the Deep, which was published last month.

The book covers more than 60 years of an illustrious career which includes the discovery of hydrothermal vents and chemosynthesis along with the finding of numerous shipwrecks.

Ballard also wrote about a personal discovery he made about himself quite recently.

As someone who always struggled with reading, getting diagnosed with dyslexia was a huge revelation for Ballard.

He immediately delved into research on the condition and became an advocate for American dyslexic youths after finding out that many of them face significant hurdles in life.

“As a dyslexic, I was going up against a lot of failure because I couldn’t read as fast as everyone else.

“I took longer to read. I had to overcome bullying. I know I wasn’t stupid, but I was told I was stupid.

“I want to try to get kids not to go down the wrong path because of the high suicide rate amongst dyslexics, and in America, (dyslexic people) make up a majority of our prison population.

“I’d like to inspire them to go down paths to success instead so that’s going to be, I hope, my legacy.” 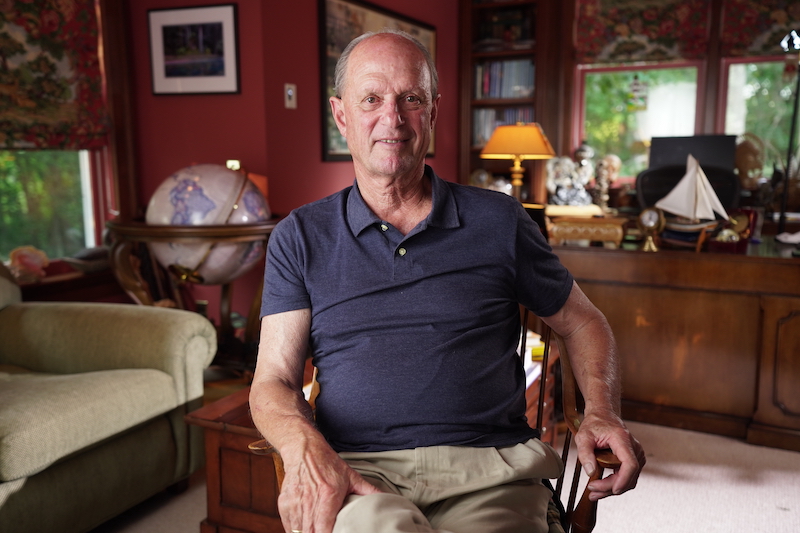 Ballard is determined to help young people with dyslexia carve out a bright future for themselves. — Picture courtesy of National Geographic

Ballard also wants his passion and zest for exploration to inspire the younger generation to get curious about their surroundings.

He started the Jason Project in 1989 to introduce American middle school students to the wonders of science, technology, engineering and mathematics (STEM) through a curriculum that immerses them in real-world situations under the guidance of scientists.

It’s a project close to Ballard’s heart and he keeps it going in honour of his son Todd, who died in a car accident in 1989 at the age of 21.

In Bob Ballard: An Explorer’s Life, Ballard talked about the pain of losing his eldest child just weeks after they both wrapped up a successful search for the Nazi battleship Bismarck.

Encouraging youths to get into STEM was something that Todd was passionate about and his father aims to keep his memory alive by sparking interest in the natural world among young people.

Ballard said that the ocean is the “largest museum on Earth” with a plethora of treasures just waiting to be discovered.

“The United Nations estimates there are between three and four million shipwrecks in the ocean, so I think of them as time capsules of human history.

“I’ve been working in the Black Sea where the ships are literally in mint condition. I found a shipwreck from 250 BC that had human remains and perfectly preserved cargo.

“I’d like to tell the next generation that they’re going to explore more of Earth than all previous generations combined with the new advances in technologies.

“Finding the Titanic would be like working with two cans and a string compared to what we have now.”