Visit Damansara Jaya's Restoran Hong Hui for a spread of dishes including a large number of vegetables to keep you healthy. — Pictures by Choo Choy May
Follow us on Instagram, subscribe to our Telegram channel and browser alerts for the latest news you need to know.
By Lee Khang Yi

PETALING JAYA, Aug 17 — When it comes to food, what's in your neighbourhood is what you know best. That's how we found ourselves in Restoran Hong Hui, which was recommended by Yow Hong Chieh as it's in his backyard.

He describes it as a place that "has single-handedly fed the student, working adult and retiree population of Damansara Jaya, Damansara Utama and probably farther afield."

True enough, as we talked to the current owner of Restoran Hong Hui — Choe Ming Fai — we discovered the coffee shop's rich history. Their customers are mainly regulars who visit for a wholesome meal. A signature item is their 'achar' where crunchy vegetables are tossed in the finely ground spice paste and peanuts.

The Choe family traces their legacy in F&B back to Sabak Bernam, where Choe's grandfather ran a hotel. The family would cook various dishes for their customers too.

Those cooking skills were passed on to Choe's father who set up business at Damansara Jaya around 1976. Back then, they were known as Restoran Hong Mei. The name was changed to Restoran Hong Hui, when Choe took over the business about 13 years ago.

In the 1970s, the surrounding area around the coffee shop was still under development. Just across the road (which is now a highway), they were developing Damansara Utama and the commercial hub later known as Damansara Uptown in the 1980s. It's not often you see prawns served at 'chap fan' stalls and these are fresh and tasty. Indulge occasionally with their steamed pomfret fish for a satisfying meal.

The Choe family used to cook food to feed the construction workers who helped build that township. Later, their food was sought after by the college students who attended the nearby KDU until the college relocated to Shah Alam.

Nowadays, their customers are from the neighbourhood or the surrounding area.

You can get food throughout the day. In the morning, there's various fried noodles and snacks. You also have tong sui that you can take away. Then there's lunch and lastly after a one-hour break from 3pm to 4pm, they will serve a different spread of dishes for dinner. The soy sauce chicken served here has a juicy texture and comes in a large portion for a meatier bite.

For lunch, the dishes start coming out from 11am to noon. The spread is around 40 dishes with a large portion of all kinds of vegetables. One of their regulars recommended their achar, a specialty of theirs.

It's indeed a fine rendition with crunchy vegetables mixed with ground nuts and a not too spicy paste. It's so good that I reached out for a second portion.

Aside from chicken and pork items, what's interesting is they also serve prawns. There's also steamed pomfret fish, another indulgence, which was what Yow recommended as he takes it occasionally for a treat. If you prefer a simpler meal, this selection will cost you RM9.70 with a side drink of cold Chinese tea.

They use medium sized ming har for their soy sauce stir fried prawns dish. It's not your daily staple item but definitely something to perk up a meal. It's enjoyable as the prawns are fresh and slightly sweet from the sauce.

What I also observed is they tend to serve larger pieces of chicken here. Choe explained that the chicken they use usually weighs about 2.2 kilograms.

They also serve chicken drumsticks and thighs, which gives you a meatier bite. The meat is also juicy and not mushy like most cage reared chickens. 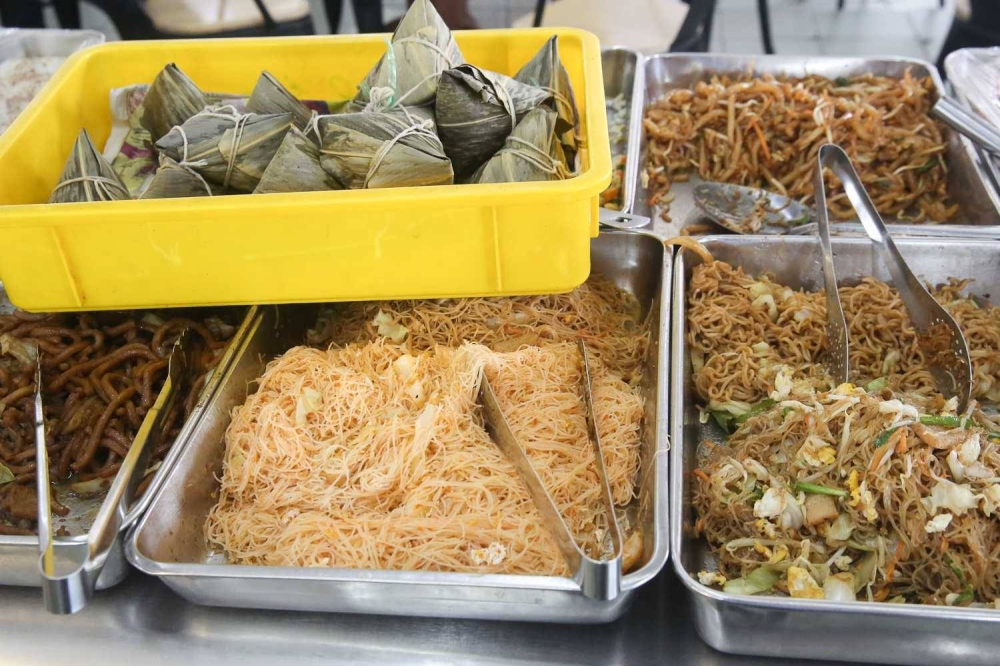 For breakfast, there's a selection of economy fried noodles with various 'kuih' and snacks. Before lunch, it's a crazy rush in the kitchen. 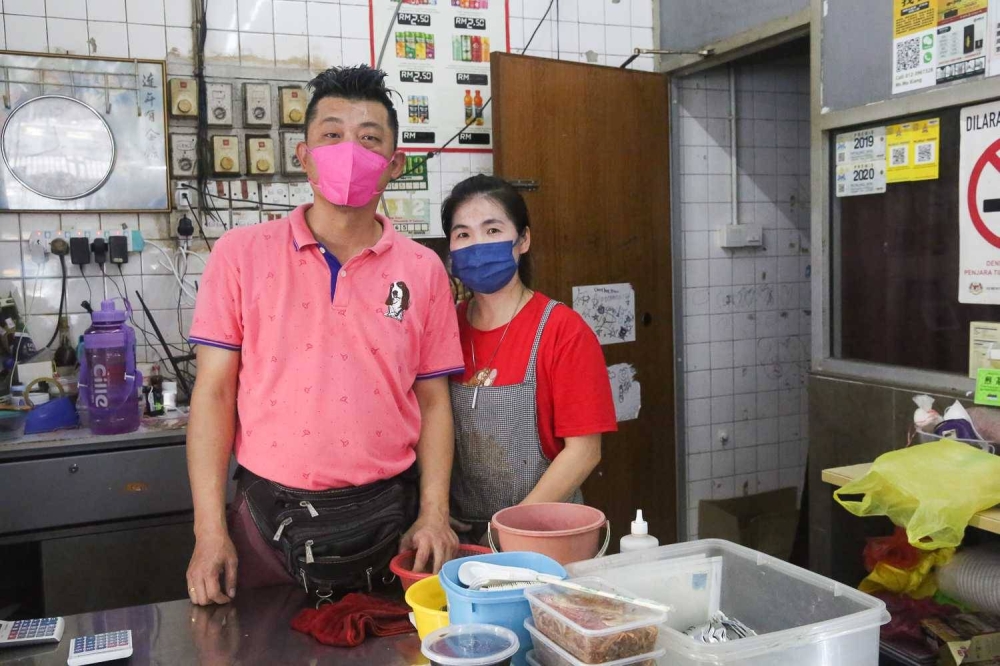 Restoran Hong Hui's Choe Ming Fai is the third generation of the family to be involved in this F&B business.

You can also score special dishes like their signature chee kiok chou or vinegared pork trotters that are served on Wednesdays. For other special dishes, like the wu tou kau yoke, you can pre-order a portion for RM23 which is perfect for a family meal.

Behind the scenes, the food is cooked by Choe's wife together with a cook who has been with them for 40 years. Hence the taste of the food has been consistent for many years. You can also get a variety of steamed soups to pair your lunch here. Customers can dine in for their 'chap fan' or order from the various stalls serving pork noodles, curry noodles and more.

Prices tend to be decent. Again, it depends on what you select. A meal with chicken drumstick, achar and vegetable is RM9.70 while if you scoop up prawns, a meat item and vegetables, it can go up to RM15 since the prawns will cost around RM10.

Yow also advised that the good items tend to sell out quickly so it's best to visit early hence you can get your hands on the popular dishes.

He also recommended ordering a bowl of steamed soup of your choice with your meal. The stall serves 11 types of soups like ABC, lotus root, sai yeong choy and pepper pig stomach. The soups are priced at RM8. If you prefer a light meal, you can also order just white rice with the soup. Restoran Hong Hui have been feeding their customers since the 1970s with their wholesome cooked food.