In the May 2011 general election (GE), he contested for the parliamentary seat of Hougang ― a single member constituency (SMC). He won handsomely, defeating Desmond Choo Pey Ching of the ruling People’s Action Party (PAP) with 64.81 per cent of the votes.

Sometime in January 2012, rumours emerged of Yaw’s alleged extramarital affairs with a married woman. Following that, Yaw disappeared from the public eye. He was a no-show at his Meet-the People-Session (MPS) and was reportedly absent from his town council office.

On February 7, 2012 Yaw resigned as Treasurer of WP. No reason was given for his resignation. Two days later, another woman was allegedly linked with Yaw.

On February 15, 2012 WP announced that it had expelled Yaw with immediate effect. At a press conference to announce the expulsion, party chief Low Thia Khiang said Yaw was expelled over his alleged marital affairs.

The decision was made because the party held that Yaw had fallen short of its expectations in being transparent and accountable to the party and to his constituents. Low also announced that WP was prepared for a by-election.

A by-election for expelling a sitting MP from his party?

Yes, you read it right. Article 46(2)(b) of the Republic’s Constitution says that the “seat of a Member of Parliament shall become vacant if he ceases to be a member of, or is expelled or resigns from, the political party for which he stood in the election.”

The provision was first inserted into the State of Singapore Constitution in 1963 after the state’s Legislative Assembly General Election 1963. The GE was PAP's toughest election battle in its history and the campaign coincided with Singapore joining Malaysia in September 1963.

Prime Minister Lee Kuan Yew had called for the GE to seek a new mandate after the ruling PAP’s majority in the legislative assembly whittled to zero following a spate of defections of its assembly members.

The GE saw PAP regain its two-thirds majority in the assembly. Lee swiftly introduced an anti-party hopping provision into the state’s constitution. 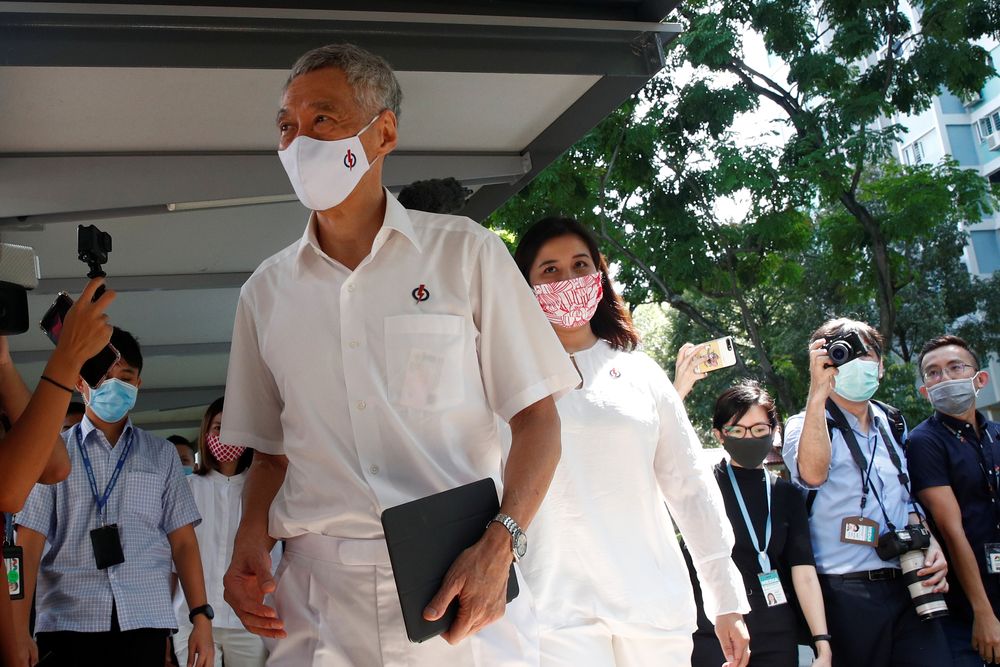 So yes, Singapore has had an anti-party hopping law for more than 58 years now. In 2012 and during the lifetime of its founding father who introduced the anti-party hopping law ― Lee Kuan Yew died at the age of 91 on March 23, 2015 ― Singapore saw the law being enforced against an MP expelled from “the political party for which he stood in the election.”

Following Yaw’s expulsion from his party, the Parliament Speaker duly declared the Hougang seat vacant, effective from the date of expulsion as required by the Constitution.

After a protracted legal challenge, a by-election for the Hougang SMC was finally held on May 26, 2012. WP retained the seat, its candidate Png Eng Huat winning with 62.08 per cent of the votes. Slightly less than Yaw’s winning percentage in 2011, but a handsome win nevertheless. The seat has been WP’s stronghold since 1991.

So there you have it. If a parliamentary seat can fall vacant because its MP “had fallen short of expectations in being transparent and accountable to the party and to his constituents”, shouldn’t the same befall an MP who turned out to be a political frog?

The time is now for two-thirds bipartisan support from the Dewan Rakyat and Dewan Negara on Constitutional amendments necessary for the law.

Wouldn’t it be a perfect Merdeka and Malaysia Day gift for Malaysians?