FEBRUARY 26 — Courts exist so that the equality of individuals and the state is a reality rather than empty rhetoric and to ensure rights are enshrined. But sometimes, the preponderance of evidence means that evidence is not weighed on the amount but how accurate and convincing it is presented. In short, you never how a case will turn out.

Not surprising, Memang Perkasa Sdn Bhd (MPSB — a subsidiary of Malton Bhd), DBKL, and the Bukit Kiara longhouse residents filed an appeal at the Federal Court on a decision of the Court of Appeal (CoA) to quash the Taman Rimba Kiara (TRK) project’s development order on a 25-acre site.

CoA issued an order of certiorari quashing the decision of the Datuk Bandar granting the Development Order (DO). Earlier, the High Court decided that the appellants lack locus standi and that the impugned decision (the Conditional Planning Approval and the DO) was valid.

TRK was designated as a public open space, green and recreational area with a large-scale nursery in accordance with the Kuala Lumpur Structure Plan 2020 (KLSP). At the time of resettlement, 100 odd families of the Bukit Kiara longhouses were promised long-term permanent housing by the Federal Government.

I am not a lawyer and will look at it as a layperson.

TRK is a massive RM3 billion GDV project that will impact negatively on a small township of Taman Tun Dr Ismail (TTDI) in terms of traffic, population density increase, infrastructure-wise and a host of other issues. More importantly, more than 20 acres of green space will be erased from the map to make way for high-end service apartments. 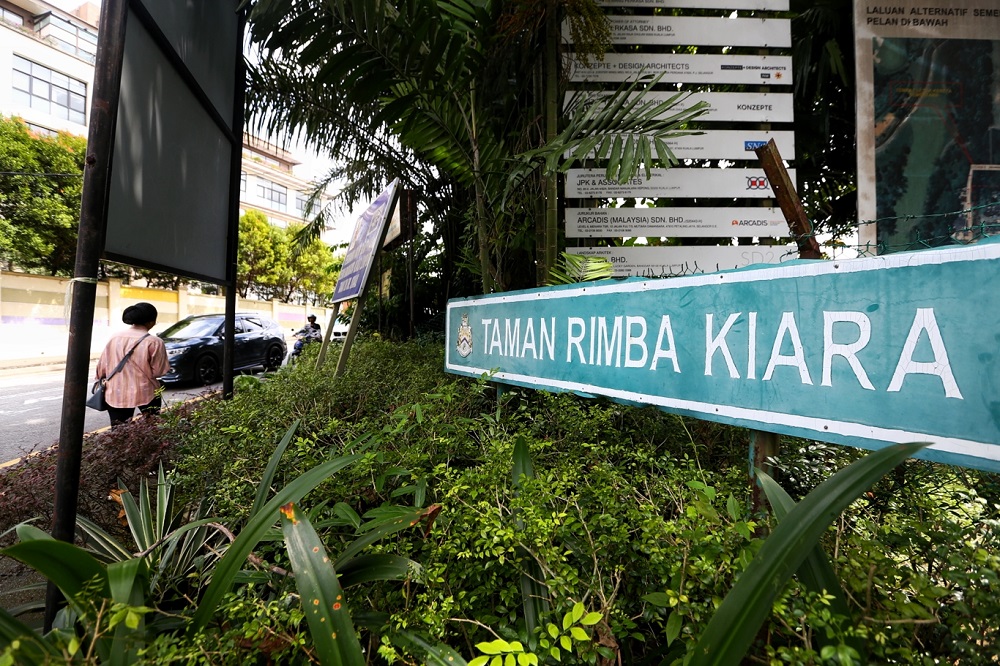 Surely, there are other areas where this project can be located but the attraction of postcode 60000 (for TTDI) is irresistible resulting in higher profits.

To justify with, “balance the adherence to the KL Structure Plan and the welfare of the original settlers of Bukit Kiara longhouses community which has stayed there for 35 years and have been waiting”, does not hold water. It is the responsibility of DBKL to provide the permanent housing and not Yayasan Wilayah Persekutuan (YWP). Is DBKL arm-twisting YWP or is there a conflict of interest at play?

Earlier, the High Court found that both the Federal Territory (Planning) Act 1982 [Act 267] and the Planning Rules do not impose any statutory duty to give reasons. This matter of law needs to be reviewed. We are in the 21st Century where accountability and transparency is key in moving towards a developed nation.

Further, there were non-disclosures. Proposal for a new highway was not specified in the notice issued by the Datuk Bandar. And although the subject land was yet to be alienated to YWP at the time of entry into the Joint Venture Agreement (JVA) with MPSB, YWP agreed that vacant possession of the subject land would be delivered upon execution of the JVA.

In April 2017, the proposed development was said to be still at an evaluation stage and will be informed once a formal decision was made but a couple months later survey works started and through an online search, it was found that conditional planning approval had been granted.

The High Court may have found the issuance of the DO was in accordance with the procedures and requirements under the FTA 1982 and the Planning (Development) Rules 1980 but the above issues may be deliberated further at the Federal Court.

Distinguished lawyers may be representing DBKL on a pro bono basis and among other reasons, to help the longhouse residents to get permanent housing but note that there is another resident association at the longhouse that is opposing the development.

Meantime, TTDI residents who are also rate payers to DBKL will have to spend money to fight against DBKL who can easily move the development elsewhere.

It is to be noted that DBKL used to spend RM30 million to create a public park some time ago.

Do we still need to go to the Federal Court?